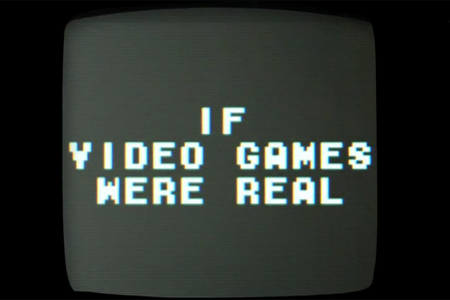 ...we'd all be dead, video games are full of crazy crap and Gears of War alone would have ruined humanity years ago.

Everybody has one of those friends that can’t sit through any fictional mediums without voicing his/her opinion on the lack of reality associated with certain events. Assuming that most people who play video games are scholars is a bit presumptuous, but it’s pretty obvious that food doesn’t fix damage from bullet holes and harboring tiny animals in balls in order to stage battles with other tiny animals is frowned upon (just ask Michael Vick). Still, for anyone curious as to what video games would be like with a dash of realism and a couple of tablespoons of bad acting need not look any further, Smosh.com has gone about recreating a few familiar scenes from video games, minus the fudging that is so important in making things that could be boring actually fun.

Similar to my Michael Vick joke, this video is from 2010 so if you’ve already seen it congratulations, you’re the king of seeing videos before me.