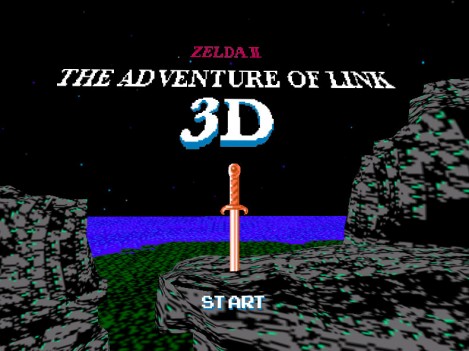 Remember back when Nintendo blew everyone away with their original franchises, then proceeded to confuse their new fans by releasing questionable sequels? Zelda II: The Adventure of Link made a big switch to 2-D side-scrolling that people either loved or hated. I do not have fond memories of Zelda II, only that it was frustrating and repetitive. I can’t tell if Michael A. Johnston was a fan of the first game or if he was trying to fix it, but he has released Zelda II FPS and remade the game in 3D. You can play the game in your browser using the Unity plug-in that will prompt you for installation if you do not have it.

While not a true remake of the entire game, Zelda II FPS hits all right the nostalgic notes, and remains true to the original by being frustratingly vague in laying out your objective. Give a try and good luck with the skeletons.