Since I was a child, I’ve had a problem with an extreme conscience as I often times over think situations and feel bad if my actions should harm those around me. I know, it seems strange given my apparent pursuit of an alpha male lifestyle, but when that little metaphoric devil makes an appearance, it is often overwhelmed by the angel (for those upset by religious imagery, insert Jiminy Cricket, I don’t want to offend anyone in an article about guilt). In my day-to-day activities, my conscience is not usually a problem, as I’m not in a job that requires walking on the spines of others in order to climb some kind of hierarchical ladder, but unfortunately the same can’t be said for my exploits in the digital world.

While video games often times allow us to decide whether to creep on the dark side or bask in the light, I’ve had the misfortune of running into unavoidable gaming scenarios that have left me with the kind of remorse I assume Bernie Madoff would feel if he happened to have a soul. Spoiler Alert ahead, be wary.

I wrote an article a while back about my experiences in Spore and the way it caused me to explore the ins and outs of being a bad guy. Being that I was slaughtering made-up alien species and my actions were based around survival and not greed or blood lust, it wasn’t that difficult to switch things up. Looking back on my time as a giant carnivorous praying mantis, there was a situation that arose that did leave me feeling pretty bad, and not Micheal Jackson “bad” where “bad” equates to choreographed dancing in cool leather jackets.

Amidst the many weird and sometimes horrifying looking creatures I encountered (and ultimately ate) I ran into a furry little tribe of creatures that looked like quite a bit like my cat, Scuffles. They were peaceful and consumed the plant-life that grew around their tiny little nest. When I first encountered them, they were entertaining a rival tribe with music, and eventually won them over. I got a warm feeling in my heart after witnessing this scene and once the cat aliens finally noticed me, I almost made an exception to my “eat everything” rule. Almost. 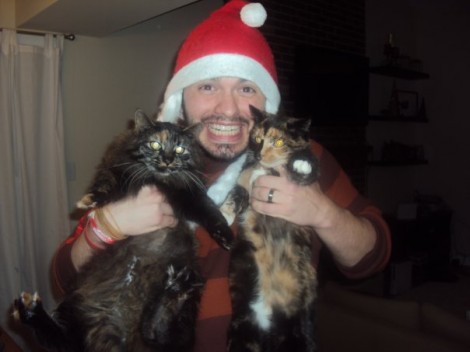 Perhaps things would be different had I remembered this picture.

After I drove the cute little creatures to extinction, I often wondered where evolution would have taken them? Could they have been the peaceful solution to a war-torn galaxy? Would their contributions to science cure diseases and create the type of music that alien teenagers listen to while smoking cosmic weed? The universe would never know.

There were quite a few grey scenarios presented throughout the course of Fallout 3, but none of them made me feel as bad as the quest involving the elite residents of Tenpenny Towers. When I first came across the huge hotel in the middle of the wasteland, I was awed by the way it stood out on the bleak landscape. Upon meeting the occupants… I was less than impressed. They were stuck-up jerks and didn’t seem to care about those suffering outside their walls, especially the local ghouls that were being denied entry based on their looks. 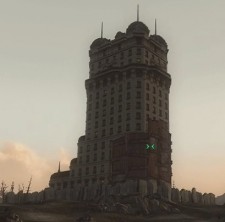 Just because my heart was in the right place doesn't mean everyone else's was.

Being that I wanted to give all survivors of the apocalypse an equal opportunity, I spoke with the residents of Tenpenny Towers and finally convinced them to allow the ghouls to take roost. Feeling accomplished, I left the hulking building, confident that my actions had made the world a better place.

Fast forward a couple of days and I decided to visit the area and see how well everyone was getting along. Upon entering the complex, I noticed the once bustling halls were empty…well, empty of human life that is. Ghouls had taken over and the former occupants were slaughtered and stacked in piles in an old maintenance closet. Looking back, I should have just minded my own business.

Extreme Greed is Not a Fable

Fable 2 had this fun little component that allowed a person to own property and even rent it out for extra gold. In the game, I eventually owned all the houses that were unoccupied and was making quite a bit off renting them to my fellow villagers. I began to think about all the other homes in the villages and fantasized about the possible wealth to be gained from owning them all. However, there were families living in them already and didn’t seem to interested in selling. Then, I discovered that dead people couldn’t own property and the real estate driven massacre began. 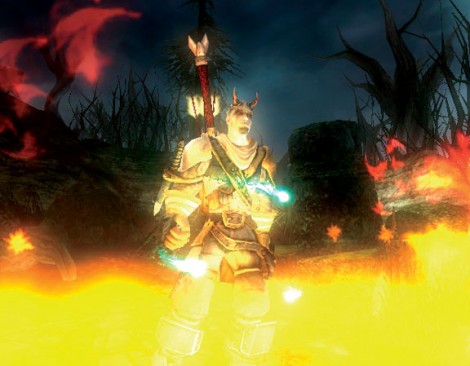 By the end of my rampage, I owned almost every house in each of the villages in the land of Albion. Gold was flowing and the only repercussions were a pair of horns sticking out of my head and tenants that fled every time I approached. I’d be able to do good deeds and donate cash to the local church, eventually regaining my halo and the respect of those around me, but the damage had already been done and I eventually ended my playthrough when I realized that stench of evil could never be rinsed from my character’s soul.

I should have know what I was getting into when first booting up the ultra-violent Prototype, but the action adventure had been on my anticipated list for quite some time and I figured the slaughtering of innocent civilians would somehow be validated at some point in the game. I mean, there was a virus on the loose and I’d been ok with killing infected citizens in other games, so there shouldn’t be an issue. Unfortunately, amongst those infected citizens were perfectly healthy people doing their best to escape the chaos that had overwhelmed Manhattan, and none of them stood a chance once they got caught between me and my objectives.

On top of that, the fact I was causing so much destruction in New York also began to get a little uncomfortable as despite 9/11 happening some 8 years earlier, I was still pretty sensitive about the attacks and wasn’t exactly crazy about being the guy that gave the Big Apple another round of abuse. I eventually stopped playing the game, partly because it was getting monotonous but mostly because I could no longer identify with Alex Mercer and was tired of all the death. Yeah, call me a bleeding heart, but causing others hearts to bleed for no apparent reason just isn’t my schtick.

No Redemption for Mr. Sasquatch

When Red Dead Redemption: Undead Nightmare opened, I knew I’d have to guide John Marston through the worst horrors he’d ever encountered. Former allies were trying to eat me and the creatures of the night were in full force. My mission was pretty obvious: kill anything that resembled the monsters that had haunted my nightmares since I was a child.

Traveling into the deep forests of Tall Trees, I came across an outdoorsman shooting into the distance. Seemed that Sasquatches had been prowling around his land and had even eaten a small child, so when he asked me to hunt them down, I obliged with little hesitation. Being an amateur cryptozoologist, I already harbored a slight grudge against the ape men that roamed the pacific northwest, so when I saw my first target, I equipped my shotgun and unloaded a couple of shells into the creature’s head before it had the chance to react. 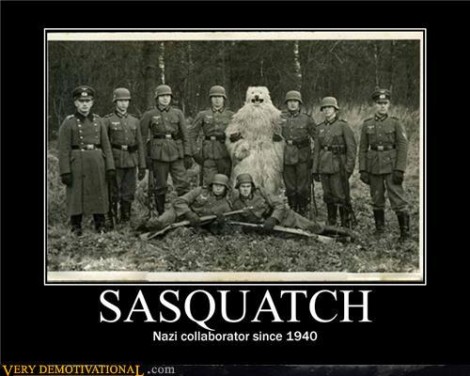 As I encountered the rest of the Sasquatch clan, I noticed they were running from me as soon as I approached, which made me feel pretty good seeing as my reputation for monster slaying had struck fear into the hearts of the hairy beasts. My hunt almost complete, I finally came upon the last of the creatures sitting under a tree near a raging river.

As I readied my gun, I noticed that it was crying. The ensuing cut scene revealed that the blood-thirsty baby eaters I had been systematically destroying were in fact peaceful vegans and the last of their kind. Without knowing it, I had driven a species of gentle and intelligent creatures into extinction and there was nothing I could do to correct my actions. He requested that I shoot him and I did just that, knowing that the heartache resulting from being alone in a dangerous world was too much for anyone, or anything to bear.

To game without regret

Perhaps a sociopathic approach to gaming would be easier, but I don’t think I’m capable of ignoring the guilt that comes with acts of moral turpitude in gaming. It’s a bit strange I know, but if I care this much for people and things that aren’t real, than that means there’s at least one person in this crazy you can trust with watching your kids (hypothetically speaking of course, you should probably not leave your kids with me).

4 Comments → How You Play the Game: Unconscionable Gaming