Meanwhile… we’ve actually been playing games. Each week we recap our recent gaming experiences and tell you what we’re looking forward to, so you can use your time more wisely than we have. Those backlogs are about to get some company, we are all running out of time before the game releases start hitting us hard so it’s time to get serious or completely overwhelmed. Most of us chose overwhelmed this week and just aren’t sure what to play, except for JP who has caught a bit of reluctant football fever. 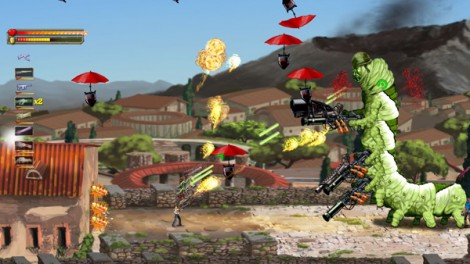 Sympathize for those who can't see the fun right here.

Finally, got past the point in Borderlands (PC) that I got to on PS3 and am ready to take on the Secret Armory DLC. I am happy to be able to finally complete this game (barring any further distractions) and am even thinking that I will take on the increased difficulty unlocked after completion (something I rarely do).

I also got Serious Sam: Double D and have loved everything about it. It’s simple, intense and brings to the surface the hyped up meathead that lies in wait within my subconcious (ok, maybe it’s not as deep as I am claiming). Whoever thought up the enemies in that game is someone that I would love to hang out with because they probably understand what it feels like to have weird monsters clawing away inside your brain on a regular basis. Together we would rule the world, or at least fill up loose sketch pads with renderings of creatures that should never have been imagined in the first place. 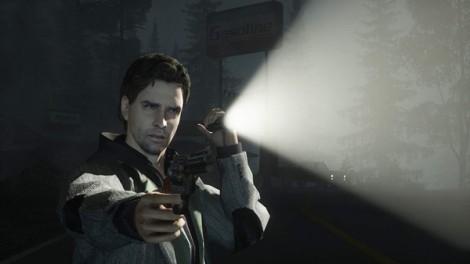 Look what I found.

Lately I have decided to take a break from Oblivion. I ended up getting to quest that I royally screwed up, and I haven’t been in the mood to back track lately. I recently cashed in on my 2 for 1 used game coupon at GameStop (free with my power up renewal). I ended up picking up NCAA Football 12, Darksiders (I haven’t opened this one since hearing about the time commitment involved), and originally Crackdown 2. I’ll be honest NCAA 12 is just a football game. The game still hasn’t changed much in the three year hiatus I have taken from the franchise. There are a few things that bug the shit out of me. I’m disappointed that no major news site has touched on these issues. I am becoming more and more disappointed with EA. It is my opinion that EA will not make the perfect football game because they have no competition. It’s sad because the issues are obvious.

I found that Crackdown 2 was basically the first game re-skinned, and they took away some of old features in the game. After a few hours of playtime I decided to swap the game out for another title. I ended up picking up Alan Wake. All I have to say is holy shit! I wish I would have picked up this game sooner. So far (I’m in the middle of Chapter One) the game play has been absolutely solid. This says a lot since I made the decision to play the game on hard from the start. The controls are tight and work really well. The winner here is the story. I won’t go into any details, but the way this narrative is told blows me away. It is written like a solid thriller novel. The suspense just grabs you from the start. It’s almost as if there is a hand coming out of your speakers (headphones for me) and holding on to you for dear life. There have been moments where Alan is frantically reloading and I have the same emotion. I can’t wait to see how Alan’s story plays out.

Also, I just fit in some time to play Zelda 2 & Castlevania right before writing this. They are still hard as hell. It’s been a LONG time since I cursed that much in an hour. 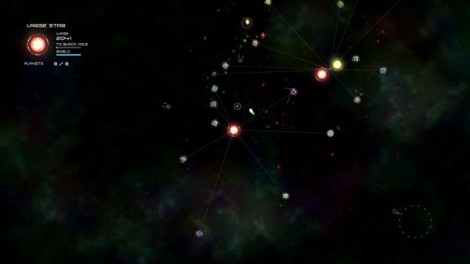 Monday, I played zero games because we had just gotten back from PAX and… well, to be honest, my eyes hurt. Yesterday, however, I hopped back into Bastion. The more I play it, the more I like it and understand why you guys have been saying how awesome it is. I also downloaded Solar 2 last night after watching Justin L. play it at PAX. It just looks like one of those combination zen-and-frustration experiences that I’d love to get into. One other thing: I will beat Outland over the long weekend. And I still haven’t fired up Insanely Twisted Shadow Planet. That’s right – I have a summer digital download gaming backlog. 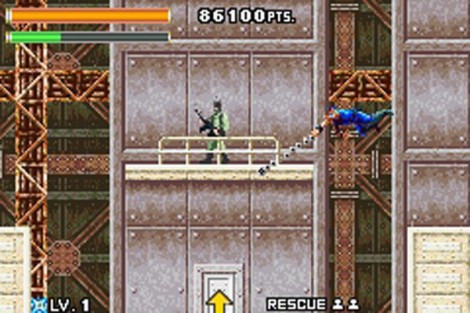 Oh snap, it's the Ninja Cops!

I focused my PAX time on getting hands-on with as many games as possible, so I could flood this post right now, but that’s why we have a website. Stay tuned for my PAX game thoughts. But there’s another side to PAX, and that’s the waiting in line side of things where you have no choice but to go mobile. So I busted out my Game Boy SP and after forgetting that you need an attachment to use your headphones, I settled into a lot of Metroid: Zero Mission and my favorite “game you’ve never played,” Ninja Five-O.

The embarassing thing about my time with Metroid? I got lost and I got stuck in the game. One that I’ve beaten about 5 times, let alone the fact that I had beaten the original more times than I could remember. I got frustrated on my way to Kraid, so I switched up games to get my Ninja on. Ninja Five-O is still incredible. This ninja cop obviously has your typical bad ass traversal skills, a deadly sword, and multiple throwing weapons. But what makes him stand out is his grappling hook. Building up momentum and getting vertical is still a just plain fun. If you can track this game down, I coudn’t recommend it more.

This week, I’ll be trying to track down as many of the indie games from PAX that are readily available like Solar 2 and A Flipping Good Time. And then, Insanely Twisted Shadow Planet is begging to be beaten, and a long weekend is hear to answer the call. 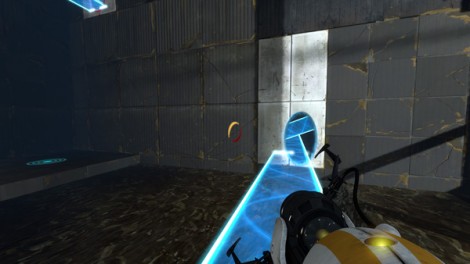 Good luck with walking through that one.

I hardly played any games last week. I’ve just been busy doing other things and never found time to get any gaming in. Well, that’s not entirely accurate as I did get about an hour of Portal 2 in. That game is so good that I don’t want it to end. And the only way for it to not end is to not play it. I know that is backwards sort of thinking but it happens to me. I also can’t decide on what I want to play between the numerous games I have in my queue that I don’t end up playing any of them.

I know that sounds really dumb but it’s not the first time this type of thing has happened to me. I don’t know if I’m overwhelmed by my queue because if I ignore it, it will go away. But the only way I can be ready for the deluge of games coming out (which holy shit, it’s September), is to buckle down and start to play. But where do I start? ARGH!