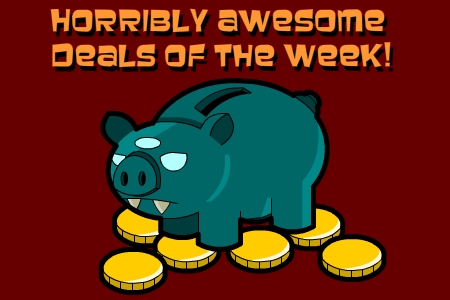 You love to party, but having a rocking good time can get expensive. You didn’t need those strippers necessarily, but the experience will stick with you for as long as the smell of cheap perfume and broken dreams, so apparently it was worth it. One night of being dry humped by strangers shouldn’t stop you from playing some games, however so here are some more deals that you can use those left over dollar bills on.

For those of you that don’t own an Xbox 360 already or have lost one to the dreaded RROD, this deal will land you the system plus a gift card that can be used for some games or the candy at the checkout lane in Best Buy (you don’t need the candy, it’s bad for your teeth). 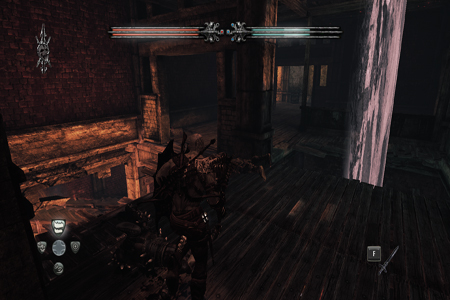 The perfect game for couples, Hunted: The Demon’s Forge allows you to apply that counseling she thinks you need to a scenario that doesn’t involve trying to agree on what color the wallpaper should be (by the way, avoid wallpaper, it’s freaking complicated).

Strategy and RPGs make love to create a game that resembles what World War 2 would have been like had Hitler and FDR been uncomfortably obsessed fans of anime (still no real proof to say they weren’t).

Revenge of the Titans (PC) – Direct2Drive for $1.99 (Note:This magical deal just ended, but Horrible Pig already got the ROTT makeover so it stays. The deal does allow you to play for free for an hour and the game is only $14.99 so stop crying)

Read our review of this game and you can get a grasp on how addicting and awesome it is, though it’s no cake walk so put your fork and frosting bib away. 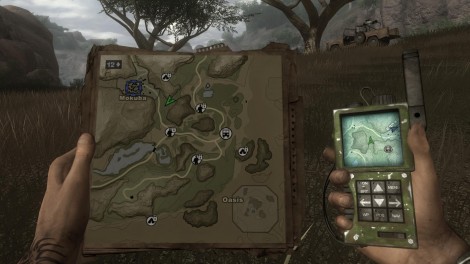 Navigation is the most important part of being a mercenary

Far Cry is all about mutants, Far Cry 2 is all about mercenaries. What’s the connection? Not really sure, but both are great games and feature satisfying gunplay and the type of explosions that make a guy feel good inside his soul.

If you didn’t know Team Fortress 2 was now free-to-play, now is your opportunity to jump on the bandwagon and see why so many nerds are fascinated with buying hats and shooting colorful rockets at each other.