Travel time affected our writers ability to have a (de)constructive conversation last week, so we decided to give some more Game Industry Shout-Outs. Here’s what has had our attention recently, good and bad, that is worth raising our voices over.

On behalf of PC gamers everywhere, I’d like to give a big shout out to Eidos Montreal and Nixxes for not only making an amazing game, but one that actually feels like it belongs on the PC. At an early stage in development, EM determined that they could not feasibly create a PC version of Deus Ex: Human Revolution that would be anything more than a console port. So, they outsourced the work to the Netherlands-based Nixxes. This was a very wise decision, as it turns out. The PC version looks gorgeous with its DirectX 11 support, has all the graphical options you would expect from a AAA title, triple-monitor support, a great user interface, and smooth mouse control. Hell, you can even adjust the FOV in a menu option.

I hope other studios take note. Outsourcing your PC ports can have great results, and is a far better alternative to just enabling mouse support and slapping “GOLD” on the disc. 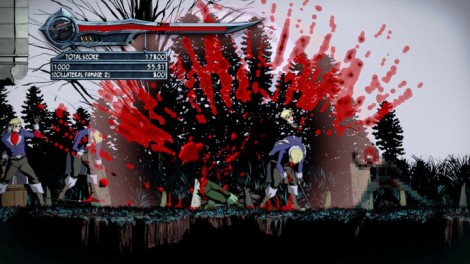 There will be some.

My shout out is to BloodRayne: Betrayal which I waited in line for to play at PAX and realized, “Hey, that game comes out this week.” So be on the lookout for Rayne on XBLA and PSN mid-week. The animation and art style look incredible, and I’m hoping the adventure and exploration can keep up. This could not only be a sleeper downloadable hit, but Majesco may have found the proper home for a video game character that has never gotten the game she deserved.

I wanted to give a shout out to the HD collection of two old PS2 games coming out soon. Having never played Ico or Shadow of the Colossus, I want the chance to see what the hype is all about. Plus there might be new information about the next Team Ico game, The Last Guardian. Even if there is no news about the game, I still want to finish the first two in the “trilogy.” The Team Ico collection is a chance for me to catch up on some great games that I missed out on. Even though I rarely turn on my PS3 for anything but Blu-rays anymore, these two compilations have me silly with game lust.

I wanna give a shout out to Lollipop Chainsaw for taking a stale concept (zombies, fighting zombies) and adding a bit of flare to the recipe with the ever B movie ready cheerleader heroine (not even sure if I am being sarcastic or not). Do I think it’s going to be a good game? Eh, too over the top for me but I like zombies so it’s attention grabbing to say the least. I kind of feel like everyone is just trying to find ways to do zombies better or different, like it’s some kind of joke/contest that developers have going on. I guess i shouldn’t complain, I remember the zombie drought of the late nineties when Resident Evil was all I had to quench my thirst. 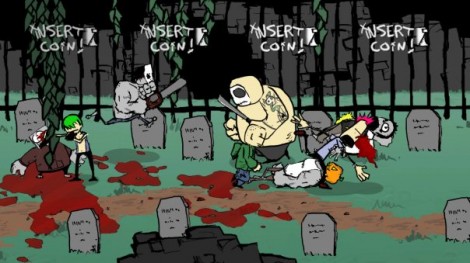 The band is going to do more than make it.

I’d like to give a shout out to the indie game community. They really held their own out at PAX and had some games that were just as fun, if not better than some of the major titles there. After talking with many of them I almost feel like what they put out is a bigger accomplishment than something that takes millions to produce. I don’t really think that you can give someone enough credit when they work night and day either by themselves or with a small team of less than 5 people, only to put out a game that you’re either going to give away for free or sell for $1 on XBLIG. My hat is off to you fellas. You’re doing  what I hope that I can someday.

I think it is important to point out the resignation of Steve Jobs. I know that there are a few in the group that despise Apple (Gifford I’m looking at you), but I am curious about what will be Jobs’ overall legacy. When the dust has settled I wonder how his name will be mentioned within the game industry. When people talk about the rise of mobile gaming in the future, where will Steve Jobs be named? Will he be considered a pioneer? Does Jobs get credited for making games more accessible on the go? Does he even get mentioned at all? No matter where his name is mentioned in the history of gaming, Jobs did a lot for the world of entertainment and technology. I would like to thank Mr. Jobs for all he is done, and I hope that he will at least get a mention in the future when it comes to mobile gaming.

Look at the many products Apple produced during Jobs tenure here.