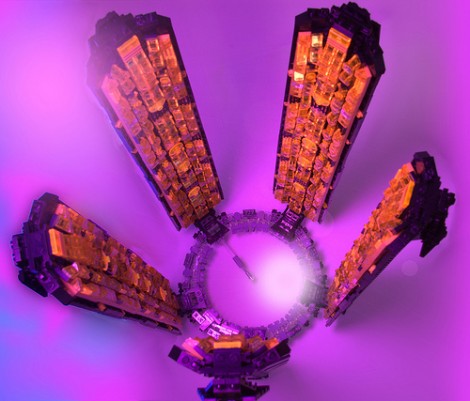 LEGO artwork never ceases to amaze me, but even more impressive is when someone goes to the lengths to create something that doesn’t physically exist. Catsy CSF took it upon himself to create The Citadel from the Mass Effect series in LEGO form. This means he had to study and interpret the limited views available in game of this gigantic structure. He even took the time to set up the dramatic shot above to recreate the most common view of The Citadel from the game.

As a bonus, this LEGO article led me to an even greater discovery of a larger gallery of video games in LEGO.