Shooter fatigue hit me years ago. I cringe at every generic new title with a gun, and claw at it to find a reason to play through the same old headshots. Most of the time, I just move on and leave them untouched on store shelves. No harm, no foul. However, I really got kicked in the gut when previews of Deus Ex: Human Revolution started to come out. Here is a game franchise that, while I had never played it, I still had profound respect for the effects the original had on video game design. Yet everything I could find leading up to the release of Human Revolution pointed to a game that felt dated before it was even available. I couldn’t believe it, but I knew the game had absolutely no chance of ending up in my library. 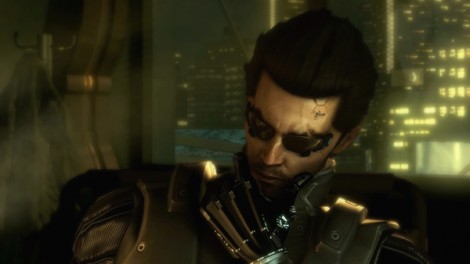 Maybe I should reconsider.

The original Deus Ex is a classic. Regrettably, it’s a classic I never took the time to play. After I missed the initial release and dodged the subsequent fanboy support of my gaming brethren, I made a conscious effort to try and go back to the game. However, the time never seemed right and I was admittedly intimidated by the game. Games that straddled major genres like FPS and RPG were not easy to jump into as they required a certain mindset of their players and I failed to act when the moments were upon me. I put the game off in favor of pure shooters or traditional RPGs. That seemed easier until I could commit myself more fully. My misplaced sense of honor did not want to risk distractions when I finally played the game, and I continued to put it off. Years passed and the legacy of Deus Ex only grew as rumors of a sequel arose.

Then, the unthinkable happened. Deus Ex: Invisible War was genuinely panned. It seemed as though Deus Ex was an amazing fluke, and the franchise was dead. The original had grown into the level of game that was impossible to follow up on with a proper sequel. After 4 years of Deus Ex peer pressure, I suddenly felt no immediacy to go back to the original game. The franchise wasn’t going anywhere, there was no rush to dive in. Surely, I’d pick up Deus Ex at some point down the road when I could go on pretending the sequel never existed. Simple. Of course, I never did go back to the game and I started to move away from PC gaming entirely.

Look what once relevant name we still own

Looking familiar in the wrong ways.

The Deus Ex story seemed over for me. However, franchises never seem to die in this industry. I was just foolish enough to think that a revered title like Deus Ex would be left alone, instead of poked for more life. While the initial teaser trailers for Deus Ex: Human Revolution were met with excitement from everyone (including me), it all wreaked of a cash grab. The creators of Deus Ex had moved on and I assumed the magic had left as well. But we were all once again suckered in by the allure of cyberpunk espionage and the thought that just maybe Human Revolution could defy the odds and give the industry the Deus Ex sequel it deserved. I was cautiously optimistic, but wanted to believe it could be done. Luckily, I wasn’t alone.

E3 2011 hit and Deus Ex: Human Revolution was playable. Its late summer release date was fast approaching and this was the moment of truth. At the time, I was just worried the game would be slightly above average and it would be hard to read through fanboy excitement to find out any real details. Unfortunately, the demo was met with a resounding “meh.” I immediately laughed at myself for building up any sort of hope for the game, and moved on. My disinterest opened up into openly bashing the game and trying to bring down any of the Deus Ex fans still holding on to their dream. In my mind, it was better that they be crushed before they dropped money on a wanna-be game while their memories of Deus Ex glory were still intact.

What the hell is going on?

As of this writing, my shock is a mere 24 hours old, but the critics have been heard. If they are to be believed, Deus Ex: Human Revolution may turn out to be as big of a milestone as the original. After an initial review by a believer, I scoured around to see if his glowing review was an aberration, it was not. These aren’t just good reviews, these are reviews proclaiming greatness in Deus Ex: Human Revolution. Suddenly, the game I had completely dismissed as the very definition of generic prequel has showed itself to be an important game to experience on its own. The game’s designers have gone from being caught in a different era to leading the fight against tired gaming conventions. Regardless of how it turns out, Deus Ex: Human Revolution may have broken my record of going from my “you should have never been made” list to “must buy because it may already be game of the year” list. 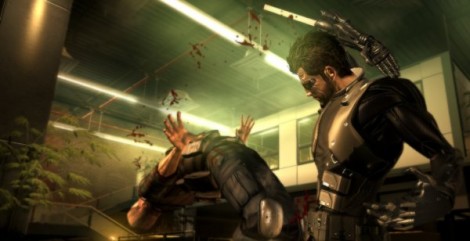 No tolerance for non-believers.

I may be giving into a hype train, but these are how my game purchasing decisions are made. When I can’t trust a game’s demo or previous coverage, all I can rely on is the game journalists I trust. When they are all screaming the same words of praise, I pay attention and happily open my wallet. They all caution that the game is not perfect, but emphatically and repetitively proclaim that Human Revolution pushes video games forward and that is something I want to experience.

This is becoming a familiar story, as each year at least one game that I actively steer my friends and peers away from turns out to surprise us all. Last year’s example was also the catalyst for this series, and based on that experience I’m not about to hold out merely so I avoid contradicting myself. I couldn’t be more thrilled that Deus Ex: Human Revolution is winning over critics and fans alike. I’m just fine with being wrong again. Now my only problem is, should I go back and play the original and embrace the entire franchise first?