I think it’s safe to say that most of us favor a particular genre in our gaming. The well-rounded gamer may enjoy them all, but even he/she has that specific type of game that just gets him excited for more. For me, it’s shooters. Stick a gun in my hand and slap on a first-person perspective and I’ll play through almost anything, even if it’s absolutely terrible. This is a love that began with Wolfenstein and Doom, was infinitely multiplied by Quake 2 and Unreal and then taken to an obsessive, off-the-charts level with Counter-Strike. There’s a simplicity paired with the twitchy action that I just can’t get enough of, almost to the point where I either find myself bored or frustrated with most other genres, especially RPGs. However, for some reason, Fallout 3 has been tugging at me ever since its release. I don’t know why. It could be that on the outside it looked like everything that I loved, but I knew that it was an RPG at heart. I just had to know if my suspicions of an “Oblivion with guns” was true, so that I could move on. I had to try Fallout 3, but it’s not a decision I came to lightly. 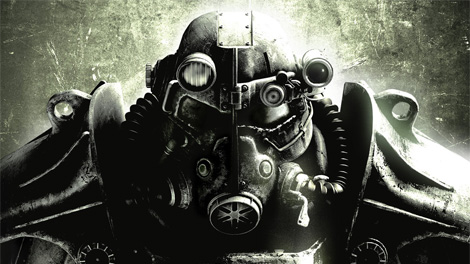 I will play this game.

Let’s take a step back and explain my hatred for RPGs. I got tired of them a long time ago. I can’t pinpoint it exactly, but I’d say somewhere during the SNES era. I had played through a few of the first Final Fantasy games and Dragon Warrior for NES, but once I moved on to the SNES, aside from the Secret of Evermore, I couldn’t get through them anymore.

The whole class-picking and character custimization process that you must go through always puts me on edge. There are too many choices, so it just seems like a labor-intensive act that is only delaying what I’m trying to do. Just put me in the action already! I stress out over creating “the right hero.” I know that it’s really personal preference, but I’d like to believe that one has an advantage over the other, and I don’t want to get stuck with the weak guy by accident.

Once you finally pick a path, you just get another fork in the road thrown at you where you have to distribute your skill points and decide what you want to be good at. “Can’t I be good at everything? Where is the bad ass option?” My need to be good at all things usually just ends me down a path of mediocrity which only causes my experience to get more and more frustrating down the line when I’ve invested 50 hours in a character who’s just average.

In the end, my go-to guy usually ends up being the barbarian or whatever equivalent brute character is available, where I just beef up my strength and shields. I know, boring right? But you know you love it when I take the brunt of the damage and buy you time while you stand behind me and scroll through your infinitely complicated spell book. Sounds like you’re get the better end of the deal, but I’m just not coordinated enough to take on a wizard. Plus, healing someone else who’s doing all the work is just plain boring. Anyway, now that we finally have our hero, let’s go out and kill something.

I’m an action guy, so in the early Final Fantasy days I quickly got tired of the combat system. I know that I’m making a rash generalization and that not all RPGs share the same format, but I still hate it. After being introduced to the action-packed FPS style on PC, a complex menu system of turn-based fighting just wasn’t going to do it for me. It’s almost too automated. I don’t really feel like I’m fighting the enemy. Not to mention the fact that there’s almost no chance of you coming out of a battle without having taken damage. In a shooter, the quicker reaction prevails, leaving you satisfied after you’ve taken down your opponent before they even know you’re there. I truly do not understand why you should give your enemy a fair turn at doing some serious damage.

Moving on to the inventory system. Call me simple-minded or just plain lazy, but I hate managing an inventory. It’s just plain stressful having to constantly keep track of what you have with you, what you’re wearing and what needs repair. What should I drop on the ground because my backpack is full? Is this gun better than what I’m already using? I can’t really tell because the only differences are elemental enhancements. How am I supposed to know if I want to add +1 to my fire or ice resistance? I’ll take a shotgun and either a rocket launcher or sniper rifle and I’m set for battle until the end.

Finally, there’s the level grinding. The fact that I have to wander around and kill things just to make myself strong enough so that I can continue my main mission just makes me feel like you’re making me do extra work for no reason, especially how each level-up gets incrementally more difficult, yet the enemies seem to get further apart. This is the point where most RPGs lose me. I have a short gaming attention span, so if I have to do some unimportant task just to raise my level enough to use a fancy sword that I need to kill the next boss, I’ll just move on. I can’t get excited about 40 hours of character building for 10 hours of actual progressive action. It’s just not my style. 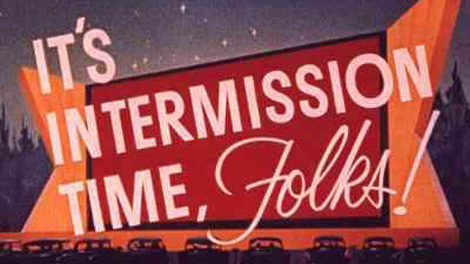 Stay with me RPG lovers. I’m sure you’re getting irate at this point, and have 100 defensive comments against every point that I’ve made. Stay tuned. You’ll get your redemption soon enough.

Enough with the hate

So what’s it going to take to get a seasoned shooter fan like myself to try a modern RPG like Fallout 3? I still want to play it, but knowing how long it’s held a few of my friends captive the wasteland is pretty intimidating. I needed a game to sprinkle just a little bit of RPG into what I’m good at just to give me a glimpse of whether I can keep going or not. Gearbox did exactly that with Borderlands. I loved everything about Borderlands from the art style to the endless creativity found in the arsenal. It was a shooter at heart with a very simple leveling system that wasn’t intimidating at all. I still had the inventory management issues, but I reached a point where I found weapons I loved and I really only dropped items in the rare occurrence that I found something that suited me more. The rest was just keep the most expensive item to sell for ammo. I can’t say that I even felt like I was grinding in Borderlands. Achievements helped out with that as I did side missions I wouldn’t normally do just for the completion points. 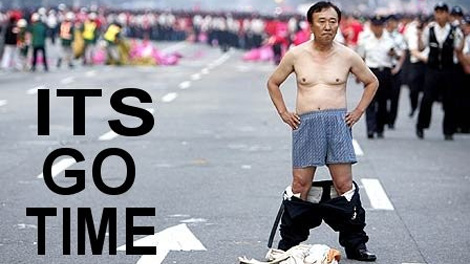 I have no explanation for this.

Even after being told by multiple people, who know my style, that Fallout 3 wasn’t for me, I still had to find out for myself. This RPG with a shooter mask just wasn’t leaving me alone. So, I finally popped it in and got to the actual gameplay where I must say, I wasn’t sold. It could be that the game is a little older and I’m just comparing it to the latest shooters that I’m playing, specifically Borderlands, but Fallout 3 definitely isn’t a shooter first. It feels a little clunky, but I’ve played through worse, so I can press on. After 3 hours on the first night, I’m still not sold, but I didn’t hate it either.  The way you distribute your experience into skills rather than more loosely defined attributes like strength and dexterity was a little more my style. I know it’s the same thing, but I like the shiny box they put it in for me. Anyway, there still wasn’t really anything pulling me in yet.

The next session, I drop another 3 hours into the game. I’m starting to tackle some of the main missions and get distracted by a few side missions along the way. I’m enjoying the story which is a plus, but there’s just something about the combat system that I do not like. I’m about to give up and, for some reason, I hit RB and entered V.A.T.S. mode = slow motion shotgun blast for a critical hit causing a head explosion. Now we’re talking. I’m not sure how I missed this, but V.A.T.S targeting just completely changed the combat system for me. I guess in my typical, not-entirely-paying-attention-to-the-story-at-the-beginning caused me to miss the V.A.T.S. training session. This is the turning point. I also quickly started realizing different skills that popped up more and more which made distributing my skill points a much less daunting task. Overall, things are looking up. 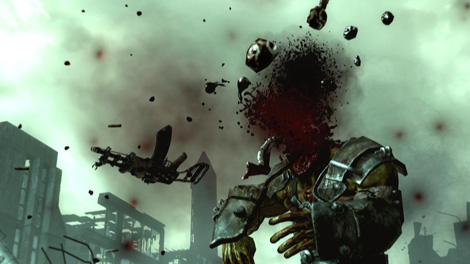 From there on, things just kept getting better. I’m loving just wandering around the wasteland, breaking into and looting old abandoned houses, and I’m also really getting into the story. I’m even finding myself seeking out many of the side missions. I feel like Bethesda did a great job at intertwining the side missions with the main story and among the side missions themselves. This is helping with avoiding any true level grinding. I’m sure most of your RPGs are designed like this now, but how would I know, not really having playing an RPG for any period of time since Final Fantasy 3?

So what can I say? Despite what some people thought, I’m a huge Fallout 3 fan. I’m about 20+  hours in and am still looking forward to more. The time I have left is still a little intimidating, but we’ll take it a step at a time. I wouldn’t go as far as to saying that I’m an RPG fan now, but Fallout 3 had enough of what I was looking for to make that next step past Borderlands. Between the skill point system, the FPS perspective and the intriguing storyline, I’ve been able to put my hatred for RPGs aside and enjoy a great game. It’s almost sparking a little curiosity in Skyrim, but let’s not get ahead of ourselves.

4 Comments → Gamer’s Journey: How I Shot my Way to Fallout 3