We’ve covered bosses and heroes before, so lets move on to sidekicks. Which “other characters” could actually be useful in other franchises? Maybe Tails is better suited in the Mario Kingdom?

Tails would make the Mushroom Kingdom his b***h! The wide variety of familiars from Symphony of the Night pop into my head as useful side kicks in any game as they all have a special skill to supplement the player. Whether I am a huge fan of them as a species or not does not keep me from putting faith into that fairy being useful for healing other characters in any gaming situation, maybe even helping Super Meat Boy to not explode into pieces every few seconds. 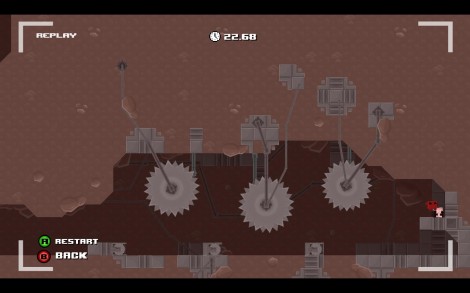 The familiars! Brilliant move. I’d actually like that demon familiar to hang around me in real life. He could destroy things that I secretly hated, and then I could just blame him and no one could get mad because that’s just his nature as a demon. And not to just harp on Ethan’s great ideas, but the alternate characters in Super Meat Boy should get their chance at the original Super Mario Bros. games. And Mario should also have to test his mettle in Meat Boy’s world. Mario doesn’t stand a chance.

Back on topic, I’d like to see how Rush from Mega Man handles as your dog companion in Fallout 3. He wouldn’t be as fragile as Dogmeat was, but Rush also isn’t exactly an attack dog. Would he adapt or would he just sit back and try and give you platforms to get out of the way of Deathclaws?

I’d rather introduce the dog from Dead to Rights to Mass Effect 2. Sure, you couldn’t use him on the hostile-environment levels, but using him like a biotic/tech power and saying, “Chopper! Sick quad!” and watching him subdue a krogan would be sweet.

My money would be on the Krogan.

Who's Batman and who's Robin in this duo?

Yeah, yeah, yeah. That’s why you distract him with bullets. Question: who’s the sidekick: ToeJam or Earl?

Toe Jam and Earl are a duo, like Sam and Dean Winchester or Mulder and Scully, meaning their value is equal based on how their particular set of skills compliments the other. Re-assigning members of a duo can often times be met with unseen circumstances, so we should probably avoid doing so or else risk cosmic implosion.

Who cares about Toe Jam & Earl? Last time I checked over sized stereos were more powerful at causing a disturbance than saving the world. Anyways, you guys have it all wrong. The side kick that translates the best is the blob. Why? Well, because if you have the right jelly bean the blob will get you out of any situation. Need a shield? Jelly bean. Need a gun? Jelly bean. Need a ship that can travel through intergalactic space? Jelly bean. I am sorry to end the topic this week so soon, but it’s true. Who knew that the right sweet could solve any situation across any video game?

Where the hell are you going to get jelly beans in the thick of battle? Mushroom Kingdom has mushrooms, no jelly beans. Besides, blobs can’t be trusted, they’ve been the classic low level RPG bad guy for years. Any situation across any video game huh? Is there a jelly bean for not freezing solid in the vacuum of space? I bet not. What about a jelly bean for not disintegrating in water? I can’t imagine there’s one for that either. Sounds to me like you’re putting all your jelly beans in one basket, a basket that also filled with disappointment when you realize that not only have you not won this reply to all, you’ve lost miserably and upon realization of this, your pants will be pooped.

Although hilarious and true (jelly beans are tough to find out on the battlefield), I still think JP had a good point about blob being a useful companion. Maybe not for every situation, but I’ve been through enough survival horror games that where you found plenty of items that didn’t fit with the environment. We also don’t know if Blob is able to adapt to different scenarios or stimuli. Regardless, I’d be happy to take Blob with me into a creepy mansion over most of the members of the S.T.A.R.S team. 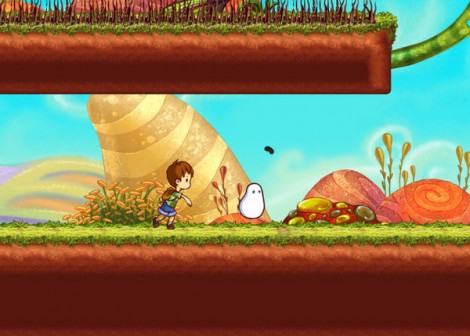 Stock up on jellybeans.

I want to see Navi and Slippy Toad in God of War 4. Navi would try so hard to be helpful. She would try and lock on to every single enemy, point out all those switches and levers and stop to warn of you of potential dangers. And after the tenth time she shouted “HEY LISTEN!” Kratos would grab that bitch, rip out her wings, pop her head between two fingers and impale what’s left of her on the Blade of Olympus. Oh, and Slippy? Well he would try to follow Kratos around the level, but would lack the necessary speed and dexterity. So, the first time Kratos makes a long jump, Slippy would miss the ledge, yell for help and Kratos would totally not give a rat’s ass and just let him fall. This would hopefully result in a fractured spine, internal bleeding and ultimately a slow, painful death.

If I need to go into a creepy mansion, I’m not taking a blob (unless it’s the extraterrestrial one from the movies [in which case, we KNOW what happens to it when you get it really, really cold]), I’m taking Clank (from the Ratchet & Clank franchise). Why? Because he can turn into a giant fighting robot. He’d do well in the Mushroom Kingdom, too. You guys know why? Because in across the ages, the score of Giant Fighting Robot vs. zombies vs. goombas is Giant Fighting Robot: ∞, Zombies: 0, goombas: 0.

Oh. And Clank has a side-kick prerequisite: witty banter with the main character. How do you really feel about Navi and Slippy Toad, Josh Lee? 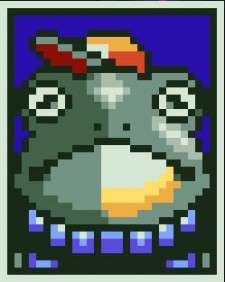 If the character’s name is in the title of the game, does that really make him a sidekick? Scratch that, because Luigi’s name is in all the Mario Bros. games and he’s definitely the Robin to Mario’s Batman. But seeing how he’s pretty worthless in the Mario franchise, I think he doesn’t need to attempt to fight Locust on Sera. The vacuum cleaner thing won’t work on emergence holes. You might just be helping them cut through the ground. So Luigi’s out. Josh killed Navi and Slippy Toad, two of the most annoying side kicks ever. Thanks Josh. I think all of Sonic’s sidekicks are out. We’ve covered this before, Tails is a bitch and Knuckles is an evolutionary dead end (thanks GiffTor). Who does that leave?

I’d like to see Cortana show up in a myriad of different games. She can connect to any character’s mind. so while Kratos might be known for killing everything in his path, there’s no chance he’d murder her. I don’t know if they had quite the same technology back in Kratos’ era so that mind meld might not work. But it would definitely work in Mass Effect, except they already have blue people with physic powers so it would be a little redundant. What if Cortana played the role of Angel/Devil on Niko’s shoulder while roaming the streets of Liberty City? Would you want to be encouraged to commit acts of wanton sex and violence with the encouragement of devil Cortana or be judged for your heinous actions by the Angel version?

Also, Jerome “Doc” Louis in any game. Conversation Over.

Say all you want about jelly beans, but if John Marston can carry 30 guns than I think carrying 200 pounds of jelly beans isn’t out of the question. Finding them shouldn’t be an issue either. Just look at the random shit you find in Fallout.

Also, aren’t characters like Luigi more suckers than sidekicks? I mean he has similar abilities (I don’t count post Super Mario World Luigi) to his brother so how can he be a sidekick? It’s almost as if Luigi was at Mario’s drinking a beer when they found out about the princess being abducted, and Luigi had to help because he was in the wrong place at the wrong time. I think the poor souls that get suckered in deserve their own column.

Doesn’t really fit exactly into the theme, but all the Mario talk makes me want a Mario vs Wario game. Where you play can play as either and see who performs better. I’d like to see Wario in Super Mario World is all I’m saying. That way we can get an Wayoshi out of it.

Not only is Cole’s idea of Cortana or AI in an non sci-fi game a brilliant move, but seriously, what situation would Doc not help. Sometimes all you really need out of a sidekick is words of encouragement and someone to keep an eye on your training schedule.

Also, they need to work on JP’s Red Dead expansion. 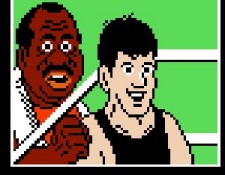 I love Doc, but he's a little touchy feely.

Do we really need an evil Yoshi? Yoshi is pretty evil as he is, eating koopas and then shitting or spitting them out. He’s got some kind of weird mojo going on in his mouth too, because he can turn certain shells into fire and so on. Dude is pure evil in a cuddly overcoat. Maybe Wayoshi would be pure good in an ugly coat.

We are all over the place with our sidekick dreams. Cortana showing up in Liberty City or a damn jelly beat eating blob being successful in any game you throw it in. Some people tend to disagree about the properties of a blob, but then again I think we’d all want a blob sidekick that could turn into whatever we wanted it to. Just don’t get the blob from the movies. Or it will just consume everything and everyone in its path.