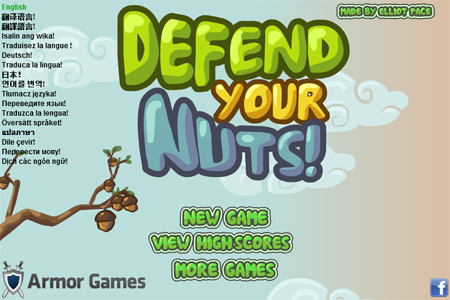 Are acorns really considered nuts or are they seeds? What's the difference?

As gamers, we tend to forget that our furry, nature based friends have conflicts of their own but monsters and other inhabitants of of the darkside are equal opportunity when it comes to causing problems. Defend Your Nuts may sound like something you do after making a chauvinistic remark, but it quite literally tells the tale of a squirrel tasked with defending his acorns from a band of evil skeletons. Fortunately for Mr. Squirrel, you have access to a variety of weapons to aide you in this tower defense-like game. 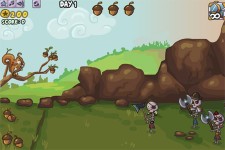 You can tell they're evil because they wear eye patches, not that everyone that wears eye patches are evil, just skeletons.

While helping a bushy tailed rodent fight to preserve his winter food supply may seem minimal compared to the tasks asked of other video game heroes, keep in mind that the ecosystem works in a circular fashion, meaning that squirrels in crisis could eventually lead to a trickle up effect and spell the end of all humanity. Besides, are’t you a bit curious as to what a bunch of skeletons need with acorns?