How do you know when you are done with a game? The answer varies depending on the gamer and on the game. Some games have no end, some games end too early and some give you the same thing all over again if you just wait for a year. With the help of JP and his ongoing commentary on the evolution of difficulty in games we have determined there is a big difference between finishing a game and beating a game. I agree with him that finishing a game is a lot less satisfying these days than it was to beat a classic game, but thanks to the advent of achievements and trophies I have been able to find new enjoyment out of a third option: completing a game.

I’ll be the first to tell you that I am not a completionist. While I do enter into most games with the intention of seeing and doing everything, rarely does that happen, and sometimes I never even unwrap the game. I’m a hoarder and a collector, so for a game to draw me in to the point where I want to not only finish the game but complete every achievement, it means I found a game truly worth playing. Naturally, when I spend extra hours with a game beyond its ending it must be a solid title. However, completing a game doesn’t necessarily means that it’s a AAA title and vice versa, as it all comes down to the design of the achievements within the game that define whether or not a game is worth completing. 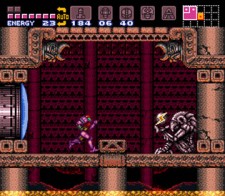 Before I get into my favorite and least favorite achievement trends, I want to give a nod to the classics (as is almost tradition on this site). Back before achievements, two games stood out to me as the definition of games worth completing: Super Metroid and Castlevania: Symphony of the Night. Both of these games (and others like tem) encouraged exploration of every corner and secret of their game worlds. The game would keep track of your completion percentage based on the amount of the map the player had revealed and the amount of items he had collected. Add in the fact that the percentage could go over 100% and you had quite the carrot to keep a fan addicted to tempt him to see entire game. The drive for completion that those games brought about within me is why those are two of my favorite games of all time. Not surprisingly, Shadow Complex (a game directly inspired by both of these classics) turned out to be one of the first modern games where I obtained 100% of the achievements.

The funny thing about Shadow Complex is that getting 100% is just one of the game’s 12 achievements. What made the achievement design in that game so effective was that you unlocked a majority of the other achievements along the way to that 100%. The game is designed to be played through multiple times and getting 100% of the items on the first playthrough is nearly impossible. That’s when the most important factor of achievement design kicks in – incentivizing multiple playthroughs without making the game seem like a chore. These achievements reward fans of the game and encourage them to play through the game differently. Shadow Complex contrasted play styles with their Completionst (100% of items) and Minimalist (13% of items) achievements, which both fed brilliantly into the final achievement maxing-out the level of your character. This time-consuming but satisfying set of achievements not only set the bar for my recent completionist experiences, but it is fully attainable by just about anyone who enjoys the game. 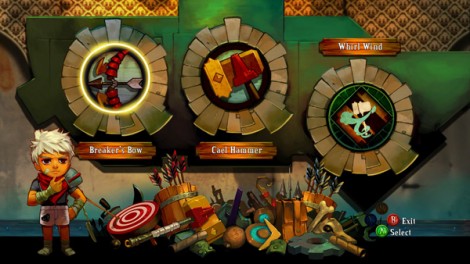 Plenty of toys to play with in the meantime.

Giving the player a reason to keep playing beyond the ending should be the entire purpose of achievements. Early achievement games allowed players to get all of the achievements without even beating the game (the true origin of the “Achievement Whore” moniker). There are also a handful of single player games (Devil May Cry 4) that barely allow you to make a dent in the achievement list during the first playthrough. Set the bar too low or too high and the achievements lose their effectiveness in providing additional satisfaction and a sense of progression for the player. Set it just right and your players may be even more excited for their New Game+ experience than they were for the first run. Recently, Bastion not only blew me away with its ending but left me wondering about some of my choices in the story. Add in the light RPG elements, multiple weapon combinations and the ability to tweak the difficulty settings of enemies and I had plenty of incentive to see the game through a 2nd time. I ended up loving the game even more when the final achievement was unlocked as I complete my 2nd run through the story. Keep in mind that I do agree that that the best games do not need achievements to carry the player through, but in those cases (Mass Effect 2), a well designed achievement system can only add to the experience where a poor one can easily be ignored.

Speaking of Mass Effect 2, branching storylines provide the opportunity for memorable achievements, but when handled poorly, they can spoil the story or dissuade the player from seeing the additional content. This is where the use of secret/hidden achievements and having effective and spoiler-free descriptions pays off. Secret achievements provide no real guide for the player and should have the option of being opened up to view their descriptions after the achievement-triggering moment has passed in the game. Reward players for finishing the game if they want to keep playing again by giving them hints of what they missed. With that in mind, if a game is too long or not really designed for multiple playthroughs, it should give the gamer some strategic save points so he can try out different choices in the storyline instead of making them repeat 20 hours of unchanged gameplay just so he can see what happens when they hug it out with their cohort rather than giving him the finger.

No point for points

Collectibles are a touchy achievements. A lot of achievement designs take the easy way out and just use collectibles as filler points. While I enjoy the Assassin’s Creed series immensely, there was a tremendous improvement to the various collectibles in AC2 versus the pointless and frustrating flags in the first game. Collection-based achievements need to be tied into the game world in a sensible way. They shouldn’t be out of sync with the game world or the sense of immersion gets lost. (I’ll give out-of-character achievements some slack if the point of them is to be ridiculous and funny.) At the same time, kill- or stat-based achievements need to be tightly integrated into the game world to be effective. If your character is a melee fighter, having achievements for sniping headshots would be too out of place. That’s where collective game stats are useful outside of the achievement system because who doesn’t like knowing how many miles they’ve fallen through the sky in Just Cause 2? Forcing me to fall a certain distance for a picky achievement, on the other hand, doesn’t win you any fans. Lastly, make your end game achievements make sense. If I play through on a harder difficulty, give me the achievements for the easier ones. If I play through with one character that has no discernable differences in skills or story than another character, do not force me to play through the exact same experience in a different skin. Utilize statistics more to up, lessen the number of achievements and the impact  and value will go up for the player. 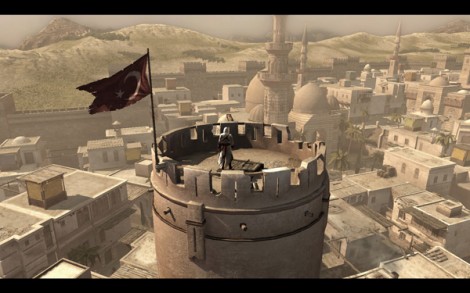 If only all flags were this obvious.

The biggest gripe I have with achievement systems is admittedly pretty damn subjective. I want single player and multiplayer achievements kept separate. Competitive multiplayer gamers should be able to measure up with other gamers of their ilk but confusing them with single player gamers is unneccessary. Ideally, I’d almost like two separate sets of achievements. I’m sure there is probably a more elegant solution, but combining them hinders the enjoyment of both playstyles. Achievements are meant for bragging rights and for passing along a sense of accomplishment to the player. The most common example would be that I personally enjoy the single player side of Call of Duty games and have no interest in multiplayer, but I can’t get a full percentage of the game’s achievements without getting into multiplayer. At the same time, there are also a fair amount of multiplayer enthusiasts who have no interest in the solo campaign. The achievement scores from these modes should be treated as two different games. That way, the solo players can have a much more definitive end to their single player achievement experience and the multiplayer gamers also have a much more direct way to compare their milestones with other players.

When we live in a gaming age where difficulty is not driving player satisfaction, achievements allow for an extra layer of immersion for players who want a little more out of their games. Achievement design can breathe life and value into a game purchase when done well and, when exceptionally designed, achievements can elevate average games to being truly memorable for the player. For me, remembering the games I’ve finished isn’t nearly as meaningful as reliving the games I have completed.