I’m writing you today because most of you are boring and you don’t even know it. Although I’m cc-ing Commanders John and Jane Shepard and Agent Denton, I’m not berating them because they are nothing more than meat puppets for the gamer to control; their development does nothing more than ape the gamer’s adopted persona. The rest of you, on the other hand, have largely become parodies of yourselves. Like Dash Rendar, you are nothing but unimaginative carbon copies of pre-existing archetypes so shallow that several of you have undergone radical self-reinvention (really, Lara? Was the hipster-esque mop necessary?) You come across like mass-produced injection-molded crap from the bargain bin at Walmart and, as a somewhat educated consumer of storytelling, I’ve just about had it. The appealing-to-the-masses, designed-by-focus-group-and-marketing-gurus “heroes” must be stopped before an entire generation is raised to believe that the heroic (or anti-heroic) main character in video games falls into three tragically limited categories: the goody two shoes, the gruff exterior concealing a heart of gold and the angsty, teenager-on-the-inside with daddy issues. That’s it.

At least superman has a back-story 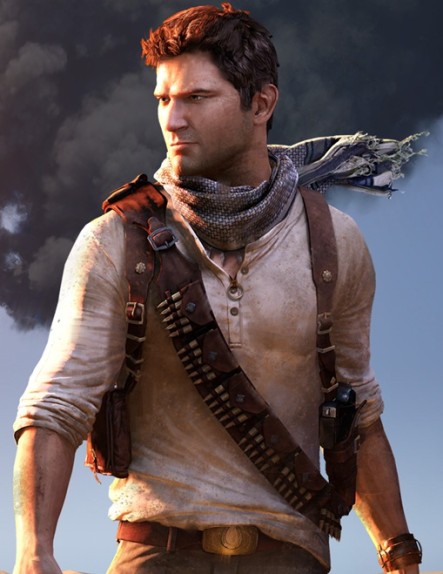 If you're going to stare into the distance, at least have the self-respect to scowl.

See how I did that, golden boys? I cut your opening charge off at the knees. Yes. Superman is a golden boy. As his nemesis, Lex Luthor frames him, he is the ultimate do-gooder and boy scout, but at least the man has some depth. Or had. Before this atrocious new relaunch (which, I might add, moves the Man of Steel halfway inbetween Goody Two-Shoes and Angsty Teenager. The creative juices over at DC were flowing that day), Superman came from a doomed planet to be raised by salt-of-the earth foster parents and eventually falls for intrepid girl reporter Lois Lane. Even if he wasn’t occasionally crippled by the guilt of killing General Zod (another Kryptonian), you have to remember the man has issues (not the least of which is the fact that he can never have children with his wife). Most of you, on the other hand, are about as three dimensional as a hologram (which is to say: an illusion).

Your ranks have been thinning as of late, but I think that’s the result of the tastes of your gamers. Still, there are plenty of you out there. You Nintendo folks are leading the charge – Mario and Link, 30 years of unrequited love (longer for Link, since he’s apparently eternal) and no character development except to act as foils for the protagonists in your stories. At least they have some motivation beyond being silent, stalwart defenders of the realm, members of some psychotic plumbing & dungeon crawling priesthood. (Antagonist, from the Greek. Combining Ante, against and agoniste, fights. Ganon and Bowser are fighting for the control of your realms, you schlubs.) You have no substance to back up your (bizarre) style. While I’m at it, Dr. Freeman, don’t you think the “I’m the savior of the universe” thing is getting a little tired? Don’t get me wrong – liberating City 17 is a laudable goal and all, but as far as I can tell, you’re nursing a Jesus complex the size of a strider (which, Jesus excepted, is about as saccharine as it gets). The Last Free Man? Charlton Heston called, he wanted to tell you he made that movie in 1971. Oh! And hey, Nathan Hale, anyone ever tell you that you could be a fully-developed character without being all Robotically Emotionless Super Soldier? I know you’ve got that whole Chimera virus thing going on – why don’t you loosen that stiff upper lip a little and elaborate on the fact that you’re struggling against turning into an evil zombie spider, huh?

Scheherazade and Eumaeus  think you suck

Although you lot are the most diverse and well-rounded of the group, that was a little bit of an obscure reference, even for me. Let me parse it in a way that grizzled, near-middle-age NCOs can understand: you are all diamonds in the rough, grumpy bear-like characters with deep-seated loyalty. There are so many of you populating games out there that if you were literal diamonds, DeBeers’ stock would take a serious hit. You’re my favorite of the group yet you manage to populate almost the entirety of Epic’s recent catalog. Let’s list, shall we? 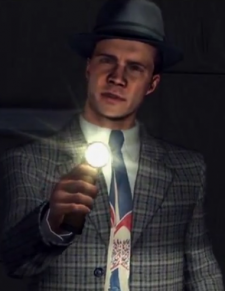 Didn't run away from enemy fire.

Good lord. It’s like they took every variation of the heart-of-gold-hero and stuck it in one game. Was it part of your union contract or something? You guys show up in almost every shooter in the current generation and, while you’re the wireframes of the hero world (three-dimensional but not fleshed out) you could use some serious work in something that the rest of the world knows as “character development.” While Modern Warfare isn’t precisely known for its storyline, at least we know the reason Captain Price is such a badass is that he’s been doing this for a long time and his hardass credentials come from losing his CO in a mission that went FUBAR. When he gets the 1,000 yard stare, we know why.

Let’s talk about something very close to your hearts. Or what I assume is close to your hearts, since none of you move outside of your tightly-held marionette strings and surprise us by belting out your own version of Gilbert & Sullivan or expressing a deep and abiding love for puppy-headed PEZ dispensers. It’s the “haunted” aspect of many of your characters. Go find an exorcist or something, because if one more of you guys goes all “Oh, my past is shrouded in tragedy and heartache that I must not allow past my hardened, emotionless shell,” I’m going to snap like a fresh carrot. On the other hand, maybe locking down your emotions is the way to go because the slope to whiny, emotive and angsty is a slippery one.

Nic Cage may be the poster child for How Not to Handle Your Hollywood Career, but he nailed your type to a “T” in The Rock.

Don’t you think there’s a lot of, uh, a lot of anger flowing around this island? Kind of a pubescent volatility? Don’t you think? A lotta angst, a lot of “I’m sixteen, I’m angry at my father” syndrome? I mean grow up!

It doesn’t matter how many times you stare off into the distance, write melancholy lines of poetry or are nearly paralyzed with depression over the sheer unfairness/meaninglessness/hoplessness of it all, you make a shitty hero. Not only do you inspire teenagers to identify with you and grow up to play in crappy emo bands like Dashboard Confessional and wear black nail polish, you’re just generally uninspiring.

You know how you handle adversity with aplomb? Ask Nathan Drake. He’s a hero with a pair of big ones who isn’t afraid to go outside without product in his hair. He knows how it’s done… and he knows how it isn’t done.

How it’s not done is bemoaning your half-demon soul and pondering on the value of your existence. If you feel the need to deal with your inner turmoil and you can’t conjure up some sangfroid, at least have the decency to express yourself with raw, visceral rage like Kratos instead of whining like Harry Potter in The Order of the Phoenix. You know the defining element of a hero? It’s courage, and as Sir Churchill mentioned, that’s not the absence of fear but the mastery of it. And hanging out in blue-lit jazz clubs and deciding whether you’ve got the right stuff is what separates you from the real hero, Detective. 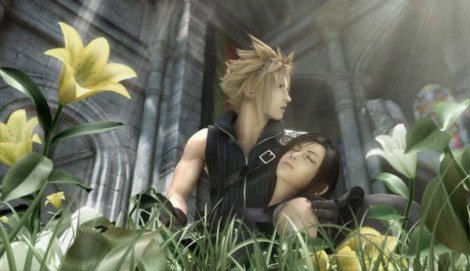 Oh, the angst! The pain! The un-descended testicles!

What you need is a role model 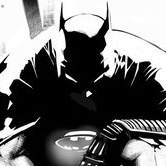 THIS is how you lurk in the dark.

Obviously, you need to be cautious that you don’t go overboard or you’ll end up as Dudley Do Right or Sgt. Grizzleface, but you’ve got a model to follow. He’s had tragedy in his life, but it motivates him and he defines his combat by its cause. He wears black, but he makes it look manly, not like a funeral shroud and he never, ever reinvents himself. He’s even got a logo. Your marketing guys will love it.

PS – I know I singled you out as a good example, Mr. Drake, but keep in mind – Martin Riggs went from being crazy and wise-cracking to a bit of a joke in just 5 short movies. You’re on what, number 3?