Meanwhile… we’ve actually been playing games. Each week we recap our recent gaming experiences and tell you what we’re looking forward to, so you can use your time more wisely than we have. Probably our least ADD week since we started keeping track of what we are playing. Brandon from InGamingWeTrust.com is done stabbing dudes for a while, and Justin G is doing his damndest to finish downloadable titles before getting the new ones. 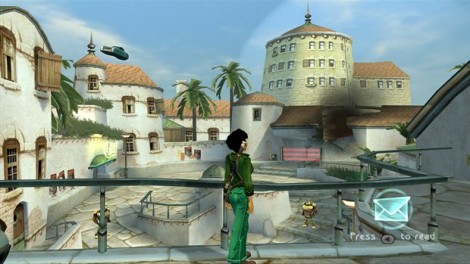 Alllllright. I’m playing bachelor this week with my fiance out of town, so I’ve been doing some catch up. Console wise, I’ve gotten back in to Outland, which continues to be a great platforming experience and the art and music styles are beautiful and slightly haunting.

I also (briefly) got into Beyond Good & Evil HD…which has not aged particularly well. We talked about it on The Horrible Show, but a lot of 3D games haven’t had their control schemes stand up very well over the last 10 years or so. My suspicion is that the God of War franchise had something to do with that because of how well its camera system and combat worked; on top of that, Epic’s Gears of War series has an absolutely outstanding camera, as well. I really want to play the game because of its critical acclaim and the story line and photo-taking mechanic seem intriguing, but I’m having a hard time going back to the less developed camera style and the combat system is likewise pretty simplistic.

I still have Trenched sitting unplayed (partly because I want to multiplayer that bad boy) and both Bastion and From Dust are in my to-be-downloaded queue. Finally, on the mobile front, I just downloaded Zombieville, USA for Android (yes, I know it’s been out for iOS for quite some time). The faux-cell-shaded graphics are smooth and I love the simplicity of the 2D side-scrolling shooter. Despite the topic and the gore, it’s pretty cute, as well, and no degree of Justin L and Josh’s complaining about not having a separate D-pad is going to detract from my experience. 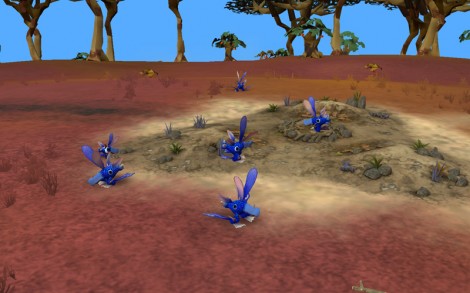 Someone is developing a god complex

As promised, my goal was to beat Assassin’s Creed: Brotherhood, and I was able to accomplish that goal this past weekend. After a (spoiler) cliffhanger ending, I quickly diverted my attention to Mass Effect 2 which I imagine will take control of my gaming for the next few weeks.

I also found myself mixing in some old school PC gaming with some “new school” social gaming. On PC, I jumped back into Spore a little bit. I was feeling creative, yet destructive, and found solace in exterminating the other alien races. I think I may also get back into the Total War series coming up since I’ve always been a big fan. I did try my hand at CivWorld on Facebook, and I was pleasantly surprised. I love the aspect of working together with other “towns” as one “nation” and competing against others. It really does require teamwork and coordination. I suckered James (Copperskull) into it too.

Coming up I imagine I’ll be working hard to finish Mass Effect 2 and sprinkling in some PC gaming as well as my latest purchase, Sonic’s Ultimate Genesis Collection and playing the hell out of Shining Force. 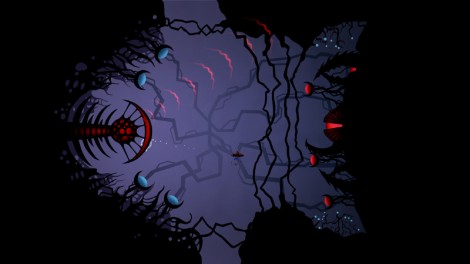 Most of last week I played Insanely Twisted Shadow Planet. What a gorgeous piece of business that is. Not only is the art style fantastic, the Metroidvania style map and smooth controls make it one of the best downloadable games on the market. Between this and Bastion, it has been a great Summer of Arcade. I’m going to try to finish that one this week as well as go back and give my second playthrough of Bastion some more attention. Other than that I don’t have any specific plans on what kind of gaming I’ll be doing. I have a ton in the queue that I need to finish, but it just depends on what mood I’m in. Do I kill Locust or find Alan’s wife? Perhaps I finally listen to ClapTrap. Or maybe I go to the video game store down the street to see what they have in stock. I hear Darksiders is a decent game. What am I going to do? 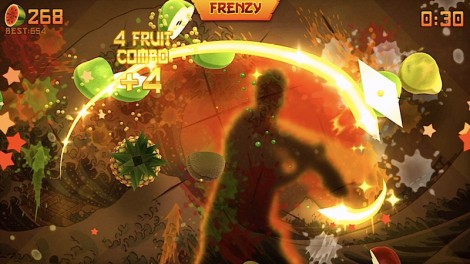 August is just going to be a light gaming month for me. There’s not getting around it with the move, work, and prepping the site for PAX related items. Thankfully, that means August will end with a bang and there are a ton of games I’m looking forward to getting my hands on at PAX and on into September.

For now, my focus is on finishing Insanely Twisted Shadow Planet. I’m hoping for a long midnight block of time to see this through right. I love everything about the presentation of the game, but have yet to really get into the gameplay. Sometimes when I first play I game I feel like I’m watching it rather than playing it. But this one is amazing to behold, so I’ll let the honeymoon last until I eventually give in and get to the work of completing the game.

Next up, I hope to get a few non-gamers/family members into Fruit Ninja Kinect this weekend. I know the kids will enjoy it, and hopefully some of the adults lighten up enough to spaz out in front of the tv a little. Plus it’ll be nice to see if my Kinect still works. Ha! 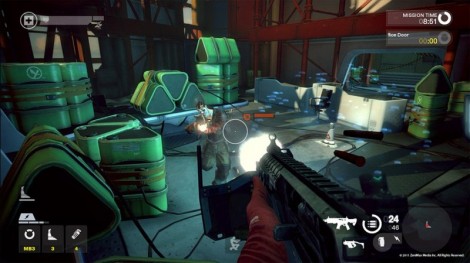 I played quite a bit of Brink this past weekend since it was free on Steam and while I enjoyed the depth of the customization, I couldn’t really get into the gameplay. It just seemed like the objectives were placed in a way that everyone was forced to mash together in an attempt to win. At one time there were like 16 guys in one room trying to attack/defend a computer terminal.

The other game that had my attention was a game called Kingdom Rush on Armor Games. It’s a tower defense game (my obsession second to zombies) that is very well done and features all sorts of towers and enemies to fire at. I ended up displeasing my wife by getting sucked in to the game for hours upon hours, so she now has a disdain for Armor Games.

Besides that, I’ve been mostly drawing and watching TV due to some time constraints.