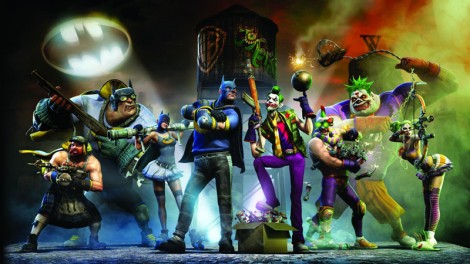 At least they know who the aren't.

Any gamers or Batman fans that have come across Gotham City Impostors have more than enough reason to be confused by the title. Luckily, E3 shed some light on this Monolith developed multiplayer focused shooter. While players will not be playing as the Batman or Joker, they will still be unleashed upon Gotham City as either a team of Bat-people or Jokers to shoot it out on the streets. The fast paced shooter will be a downloadable title and therefore budget priced title. Facts that make the strange departure a bit easier to swallow for some fans (like myself).

However, those still curious got some even better news this week. As of today, players can apply for the upcoming closed beta. The beta will take place in September with the game coming out for PC, PS3, and Xbox 360 this winter.