There was a time when I wasn’t sold on HD gaming or on any of the upcoming game platforms. I thought that the Xbox 360 came out prematurely and there was no reason to upgrade either my console or my TV. It was too expensive and there was no pay off. After the launch of the 360 and through the spring of 2006 I held strong in that opinion. The launch titles were weak, the graphic updates were incremental and nothing in the existing or upcoming game lineup was worth playing. Microsoft even banded with Epic Games to tout a new shooter that I was happy to openly dismiss to my gaming circles. That game was Gears of War, and over the course of the rest of 2006, my opinion on that game was about to change drastically. 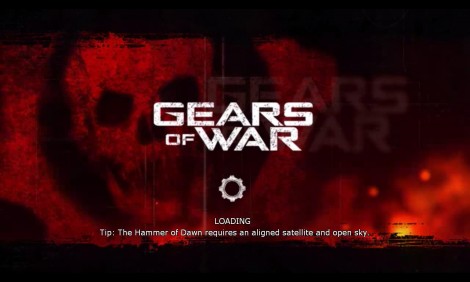 Time to go to war

High definition TV experiences were great for just about one thing in 2005-06, and that was for watching sports. Everything else was just too damn expensive and took too much effort to get into. Around the release of the 360, I was perfectly happy with the amazing games that were still coming out for the PS2 and I was actually warming up to the late game library of the original Xbox. Great games were everywhere, they were affordable, the game libraries were huge and I frankly didn’t have enough time for all of them. So why would I even consider investing in a new console? The next generation was going to have to really get my attention if I was going to switch. I was convinced that this new console generation was was going to be the one where I finally held out on getting sucked in too early. I’d been burned too often and smoother edges to my polygons and higher resolution textures just weren’t doing it for me anymore. I wanted great games with great gameplay, not half-realized tech demos.

The Cog starts to turn

When I have formed and openly defended an opinion, I admittedly entrench myself next to it. When that opinion is truly threatened, I will be even more outspoken about the enemy. I will make outlandish statements in order to try and reassure myself of my original opinion (hence why my close friends began taunting me with the “You’re gonna get it anyway,” phrase). The first worthy threat to my stand against HD Consoles came in the form of Gears of War. As an earlier fanboy of Epic Games who had been scarred by the later Unreal Tournament releases and felt tricked into believing in Unreal II, I was ready to attack.

While I did concede the fact that Gears of War and the Unreal 3 Engine looked incredible and thus justified the graphical update of the new consoles, I was convinced there was no way any game could look that good while actually playing it. To me, Epic was only a game engine designer, where a game’s design and depth came second to showcasing the technology. If the graphics held up, the gameplay would suffer.

I was quick to label Gears as a tech demo and nothing else. Epic had proven to be great at one-dimensional action games played at a breakneck speed. In my mind, there was no way the Gears graphics could maintain that type of gameplay and anything outside of it wouldn’t be fun, especially if it was designed by Epic. I wanted Gears to be the next evolution of Quake 3 Arena or Unreal Tournament, not some lame graphics showcase with a shallow story set in a boring universe. The character art in Gears of War also did little to win me over. Marcus Fenix and his crew looked to be castaways from the UT universe. They were huge men with ridiculous armor. They looked immobile, gritty, generic and plain not-fun as playable characters. Then, I came to find out they had the gall to make Gears of War a 3rd person shooter. Shooting in an over the shoulder perspective would only make a game slow and imprecise. Could Epic get any further away from their proven skillset? All of the Epic’s strengths I cherished from my favorite games were being thrown out. With my defenses set and ready, I went back to my Atlus PS2 games while E3 2006 steadily approached.

What a difference a demo makes

One stage demo later (see the archived video above) and the light went on, as all at once I realized the shift that Gears was bringing to action games. Being the lover of chaotic firefights that I was/am, Gears‘ cover mechanic had to be seen to be understood and believed. Gears was no longer a game I could compare to any other shooter I had played, let alone anything in Epic’s library. They were trying to do something different and I had failed to see that until I saw the game in action. I suddenly respected the game and its direction. Now, all I wanted to do was play it.

The cover system was mind blowing. Gears was going to allow you to exert a layer of strategy on the battlefield and control the pace of the fight. To me, it made the gunplay much more realistic and exciting, even if it was slower than the deathmatch mentality I thought I craved. The cover system alone not only justified, but required the switch to a third person perspective. I still had my doubts about the game coming together perfectly. There were a lot of factors I had to feel first hand before I could upgrade Gears to a system-seller. How easily could you get in and out of cover? How important will precision be in shooting your enemies? How does having a chainsaw on the end of your gun even work? Sure, the campaign mode looked phenomenal, but would all of this work well as a multiplayer game? 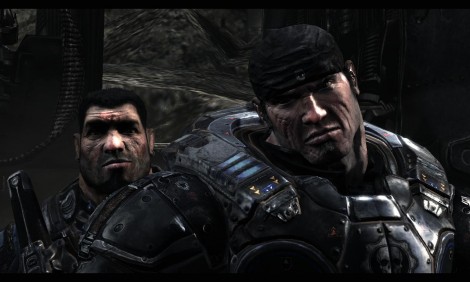 My decision had not been made, but the crack in my “unbreakable” armor was pretty severe. I had reached the point where I was sold on Gears as a game purchase, but justifying the leap to a next gen console required a bit more deliberating. My eyes were open and looking for more excuses to give in, but the breakthrough actually came from another Xbox exclusive franchise.

While I was playing a lot of different games at this time, I wasn’t active with online multiplayer on my consoles. However, during that summer I had started to get back into local multiplayer with Halo 2 and I completely forgot about just how fun that game was to play co-op. During one session, a few friends and I got to talking about who was going to get a new console first and I found myself getting excited to tell them all about Gears of War, when it hit me…Gears had co-op. Not only that, but it  was designed with 2 players in mind and could only be tighter than what Halo had to offer.

I went back to reviewing as much coverage of Gears co-op as I could find, and my interest in the game reached that of a fevered dream. Regardless of whether or not my friends had the game, I knew if I dug it as much as I expected, I could convince them to come over for some local co-op to try it out. This would only increase my chances of getting them to potentially buy the game and the 360 so that we could play online. Thus, the beginning of my friends list seemed assured and I was sold on my purchase of the console. I wouldn’t be playing Gears alone for long and I wouldn’t be making the jump to a new console ahead of many of my friends. The time seemed right to jump in.

Let’s just say it all worked out

I ended up getting my Xbox 360 a couple of weeks before Gears was released so I could get acquainted with the system, Xbox Live Arcade, and make sure my Live account was set for launch. Then, something amazing happend that I have yet to be able to accurately describe. My first session with Gears of War was a watershed moment in my gaming history. All previous and more-than-justified Gears specific excitement aside, I was not prepared for how much better HD gaming looked than what I was used to. It gave me the same chills on the level that I had the first time I saw Super Mario 64. HD gaming had truly arrived and I felt I picked the perfect game to usher it in. Each of my gaming friends agreed and soon enough many joined up and created Xbox Live profiles that winter. The Gears of War series and I have only grown closer over the years and the mechanics introduced in the game have been copied ever since. While I realize there are plenty of other monumental games out there that triggered similar responses in other gamers, Gears of War and the Unreal 3 Engine was my personal definition of the arrival of the current generation of games. Never had it felt to be so good to be so wrong about a game and a developer. Then again, maybe I just have a thing for chainsawing my enemies in half in high definition.