Meanwhile… we’ve actually been playing games. Each week we recap our recent gaming experiences and tell you what we’re looking forward to, so you can use your time more wisely than we have. Busy week for all of us, but another one not really focused around games thanks to cross country trips and moving needs. We are gearing up for a fall full of gaming though, and Ethan and Josh held down the fort for us in the gaming world. 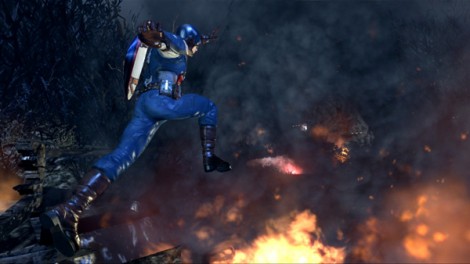 I played through Captain America: Super Soldier this week, review forthcoming. Let’s just say the game makes me want to play through Batman: Arkham Asylum. In my off time I played a game called Kingdom Rush on Armor Games. It’s a tower defense game, but is very well done. I was pretty impressed with it and recommend it to anyone that is into tower defense type games. Other than that, my big goal is to finish the Old World Blues DLC for Fallout: New Vegas, but who knows when that’s ever going to happen. My backlog continues to grow. 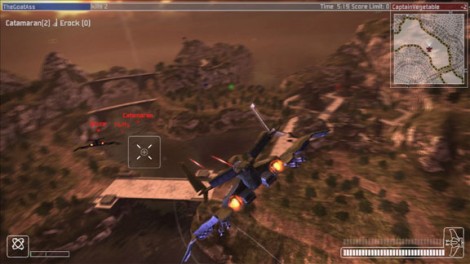 We should all play this more

During these lean release months, you can usually find me either hunched over my keyboard playing some obscure eastern bloc RPG (wearing no pants), or on my couch co-op’ing with friends (wearing pants… maybe). This past week I was doing the latter.

After burning through some more of Earth Defense Force: Insect Armageddon‘s campaign, my gaming buds and I enjoyed some of the Playstation Network’s finer offerings. Teaming up split-screen style for an online game of Warhawk was fun, but the skill curve was pretty steep. We were competitive on the ground, but as soon as we got into one of the game’s namesakes our opponents shot us out of the sky before we could get our bearings. Despite an upside down kill/death ratio, I had fun, and I’m definitely looking forward to the next iteration in Starhawk.

I also got to finally try out Hoard, the four player dragon loot-n-pillage game. Holy smokes was that fun. We kept playing the same two levels over and over just trying to beat our previous score, which says a lot since that’s usually not our style. I don’t think the game would hold up at all playing solo, but with a full couch? Booyah. Those games were fun and all, but what had us up until 5AM on a weeknight? PixelJunk Eden, of all games. It was a slow burn, but once everyone got the hang of the mechanics, we couldn’t put our DualShocks down. The characters control like Spiderman with a Worms’ ninja rope. Leaps of faith, last minute saves, flying trapeze artistry… this game has it all. Now that I think of it, I haven’t played a Q-Games joint that I didn’t love. Hurry up and release PixelJunk SideScroller, please.

The only game on the near horizon that I’m really excited about is Deus Ex: Human Revolution. I have a good feeling that this game is going to succeed where Deus Ex 2 failed to capture the freedom and variety of the original. The PC version better not have Consoleportitis, though, or I’ma be pissed. 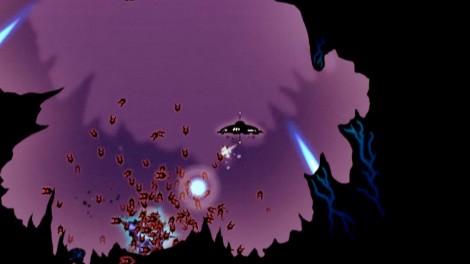 Adjectives in the title are accurate.

No lies, the last week has pretty much been the least amount of gaming I’ve done since we started the site. But the move to the southside of Indy was definitely successful and as soon as I get our office in order, game time will resume. I did start a New Game Plus playthrough of Bastion, and I cannot wait to finish that game again. I wasn’t sold on Cole’s perfect score review of the game until I finished it myself, but seriously, the game is still getting better. You owe it to yourself to try the demo.

I also tried out the intro to Insanely Twisted Shadow Planet. Now, I know the game looked cool and Summer of Arcade titles are usually solid games, but this game has some amazing potential. We’re talking surprise of the year status for me if it holds up. I was floored by the intro, the style, the music, the presentation (no words) and the sense of exploration/discovery prominent in the level design. Granted, I had read very little about this game going into it so I had no idea it was being compared to Metroidvania style titles (that we all know Cole and I love). So this is just a very welcome surprise at this point and I can’t wait to dive into the shadows more. Summer of Arcade has been incredible so far. Dare I say the best SoA yet? 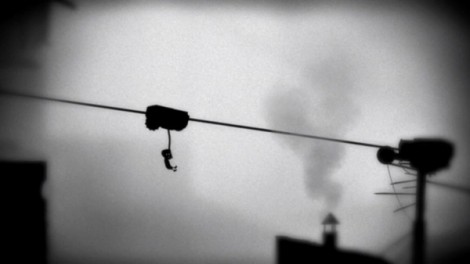 Still hanging around in Limbo

I was in CA for all of last weekend and the better part of this week, so gaming wasn’t a priority for me. Did watch my wife’s uncle play some Modern Warfare 2 which was entertaining, but didn’t partake. The only “game” I played was this word game on the Kindle called Every Word. It’s basically a Text Twist type of game where you have a set amount of letters and have to make as many real words as possible with those given letters. It’s addicting and fun, but only in the relaxed mode. The timed mode on the Kindle is too bananas for me.

I’m looking forward to Insanely Twisting Shadow Planet when I have a chance to turn on my 360. I read somewhere that game being compared to Shadow Complex and that got me interested. I think it’s only comparable to Shadow Complex in it’s map structure but I love those Metroidvania games so I’m in. Other than that, I plan on finally getting through Limbo, but I haven’t got any of the secret eggs except for one, so I might have to go back through and do that. I also want to finish ‘Splosion Man but the last time I played I got so frustrated that my wife suggested I stop playing. 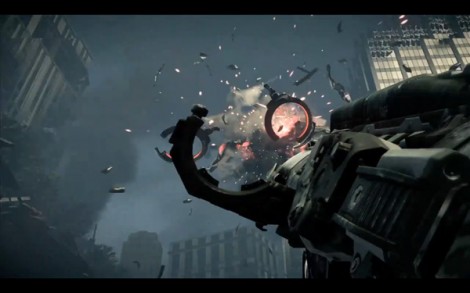 It was almost like having your first burger after being on a months-long health-kick: you know you should get the smallest one and eat it slowly because anything else is probably going to make you sick, but after staring at the menu in partial paralysis, you order the 3/4# triple with everything plus extra mayo and cheese. I was on vacation last week and didn’t have a gaming system with me (which was fine) but then my phone decided to die, so I had an entire week without games of any kind. It took me a couple of days to even turn the Xbox back on but last night, I did. And 4 hours later…I realized I’d been playing Crysis 2 on Supersoldier (the highest difficulty) for 4 hours, I needed to eat dinner and man, I missed my Xbox. I almost gave it a hug. I don’t know what all I’ll be getting into, but the Summer of Arcade games are looking pretty darned solid AND we’ve got PAX Prime coming up… oh my God. I need to TRAIN!