It’s time to try something new, with The Horrible Show taking another week off this week and not everyone being a part of the podcast cast we decided to expand our Game Industry Shout-Outs to all of our writers. Here’s what has had our attention recently, good and bad, that is raising our voices over. 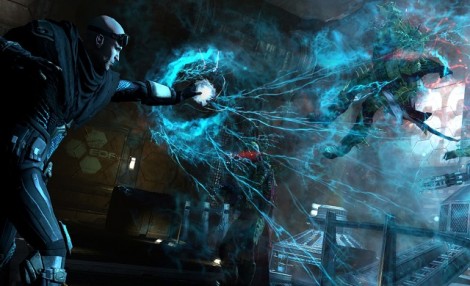 Pumping out cult games quicker doesn't mean they will be successful.

I want to give a shout down to THQ for seemingly giving up on Red Faction after RF: Armageddon did not sell well at all. THQ had been putting a great deal of effort and dollars (hello SyFy TV series) into the franchise in hopes that it would become a AAA franchise on the level of the Halos and Call of Duty‘s of the world. While I commend the effort, there was always a severe lack of self awareness that THQ had the potential success of the series. They failed to build off the fun open world experience of RF: Guerrila and pushed out Armageddon too quickly and evidently too generically. Guerrilla became a cult hit, while Armageddon failed to capture any sort of audience. THQ should have learned the lesson that just pumping out the games often, doesn’t mean the audience will build and follow it with each release. Red Faction has a solid premise and a lot of fun gameplay options with its destructible environments, but the series was definitely missing an X factor to give more players a reason to try the series and stick with it. I think this is a failure on THQ’s part to either find that X factor or to call the series what it is and find a way to make the series monetarily viable as a cult game and embrace that dedicated fan base. There is still hope and a lot of fun left in this franchise, don’t give up too soon, THQ.

On the other side though, THQ, I love what you are doing with bombarding me with Saints Row: The Third videos. I”m totally in for this ridiculous ride. So if you could do me a favor, THQ, and release the game sooner. I have a feeling it’s going to get lost around Nov 15th.

We won't ever see this.

I want to go ahead and give a shout out to Nintendo for helping Capcom with the decision to kill Mega Man Legends 3. I’m glad to know that Nintendo’s new lack of vision and surplus of bad business decisions is hurting non first-party franchises as well. What I don’t understand, however, is why Capcom wanted to release this game for the 3DS in the first place! Why not just keep the train rolling that you started by releasing the first two Mega Man Legends games for the Playstation? While I never got around to playing Legends 2, I was really excited by the fan involvement that Capcom has been enlisting for this title. I myself did participate in the vote for Blue Bomber’s new outfit and was looking forward to seeing it in action. Confession time, I haven’t even seen the 3DS in person yet, and even with the price drop I still won’t be purchasing one until I “have” to in order to play the next Zelda, or Castlevania portable title.

I want to give a shout-out to the Coop Norway (a videogame retailer) for being a bunch of idiots. Following Anders Breivik’s shooting & bombing spree, the store said that it is going to temporarily ban the sales of certain games and toys involving violence, particularly the ones “praised” by Breivik as “training tools.” As we all know, prohibition of a product always works well in limiting the distribution and exposure of controversy and greatly helps in fostering dialogues on things like art’s impact on life and whether there is any causal linkage between exposure to violence and actually suffering from an organic brain defect. If Activision-Blizzard isn’t paying royalties to Coop Norway for the crazy Norwegian-based sales-bump they’re going to get from the company’s decision to drive up demand by reducing supply, it should be. Hey, Coop Norway! The answer to “bad” speech or evil action is never silence or hiding it under the rug. It’s shining a light on it and more speech. Morons.

Big ups to Blizzard for their recent Diablo 3 auction house unveiling. Anyone can now buy and sell items, gold and even characters for real dollars using the in-game auction house. A prohibition-style black market formed with Diablo 2, which in turn brought out epic levels of chat spam and unsolicited private messages on battle.net. Maybe guys like xxxD2GOLDFARMERLEGIT99xxx who try to hock duped Stones of Jordan for $5 will hang up their gloves when faced with a real in-game economy. 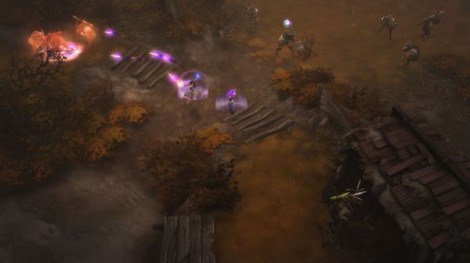 Diablo 3 advertisements will be of the Gold 4 Cash late night variety.

Players that sell goods on the auction house can either cash out the sale (Blizzard does take a flat fee) or turn the sale amount into BLIZZARD BUCKS, which can be used for paid services across all their games, including monthly subscriptions fees to World of Warcraft. Of course, there is a gold based auction house in place as well, for those of us who play hardcore characters or just don’t want to spend real money on virtual goods. In the past, I would have said “Hell no!” to a cash transaction for a new Barbarian helmet. But, now that we’ve been exposed to so many microtransaction based models with MMO’s and even Xbox Live, I think I’ve changed my tune. It’s my money and I’ll blow it however I please. At least with Diablo 3, maybe I can make a few of those hard earned dollars back.

Speaking of Nintendo, it’s refreshing to see a large corporation cut the salaries of its high end executives as a response to the company’s financial losses. While it seems voluntary, I can’t imagine anyone would step up and take a 50% pay cut but the Japanesse have a much more honorable culture than the US. Had they been situated in this country, they probably would have given Iwata and the gang raises and cut some low level management and gave their workloads to young entry level personel. Either way, I will be curious as to where Nintendo goes from here, hopefully the Wii U can help things in the future.

Because of a violent incident by a deranged lunatic, let's get rid of all violent things.

I’d like to give a shout out to all of the narrow minded fools who keep trying to blame the world’s messed up inhabitants on video games. The latest being the Australian Christian Lobby who is using the Norway massacre as a chance to get violent video games banned in Australia. This isn’t the first time games have been targeted as the cause of someone’s messed up mindset, but I have to believe that if our games were really capable of such results, we’d be in a much worse place than we are right now. Why don’t they try to ban movies and books, which are way more graphic and realistic than even our most twisted video games? Sure, this latest genius didn’t do us any favors by saying that he used Modern Warfare 2 as a training simulator for his attack, but if we’re going by that logic, do we need to ban Coke and Doritos if he happened to be eating those at the time too? The truth is that as unfortunate as each of these scenarios are, there was definitely a pre-existing issue that is greater than any video game could cause so how about we focus on trying to fix that? I’m pretty sure these same types of incidents have been happening throughout our history way before video games were even in the picture. Let’s just face it, people are screwed up and the causes are deeper than video games.

We like to to bring light to indie games whenever we get a chance and this week I wanted to shout out the Indie Games Summer Uprising coming out on August 22 on Xbox Live. While indie games on the Xbox haven’t sold as well as they might on Steam, I still think it is an important service for the burgeoning developer. Promotions like this can only help these games and developers get their names out there and get people like us playing the games. There are 8 games chosen so far for the promotion (chosen by developers) and there is a contest for the final 2 games to be chosen by fans.

At the Indie Games Uprising website you can see what games are coming out and vote on the final 2 choices. The games look great, with my favorite title being Cute Things Dying Violently. All the games look really good and I hope everyone takes the initiative to seek them out and download.

On a lighter note, I want to give a shout out to two recent developer announcements. First, I want to applaud Crytek for announcing that they are making a new FPS IP. I loved everything that Crysis 2 had to offer and I look forward to playing the original Crysis later this fall. I am excited to see more from this development house. In my opinion this developer has  the potential to create an IP that will be a mega hit. I also really want to see more from their shiny Cryengine 3.

I also wanted to commend Respawn Entertainment. I was pleased to hear that their first title may not be released until 2015. After the rigorous development schedule that they were up against, it is refreshing to see that they have chosen to take their time as an independent development house. I hope that they can go back to making quality games over the quantity of games Activision forced them to produce.

I love to hear about game developers (especially the little guy) doing the right thing.