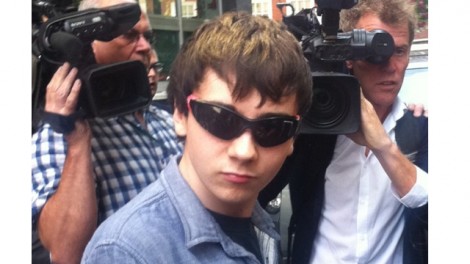 LulzSec looked pretty invincible there for awhile, but Jake Davis aka Topiary, the alleged ring leader of the happy hackers that attacked multiple game related websites had his first date in court yesterday. It looks like the evidence against him is enough to crash his hard drive, that is the hard drive of life, not his real hard drive being used against him.

On top of  reportedly having in his possession 750,000 personal information files, he also had a copy of a fake news report claiming the death of media mogul Rupert Murdoch, which had appeared on The Sun’s website when it had been hacked.

The hacker stuff is pretty 2000 and late, but gamers around the world needed to see that their suspicions of LulzSec were true; they’re late bloomers and a lack of facial hair has made it difficult to meet the hand job quota normal for dudes their age. That’s ok though, shouldn’t be a problem in jail.

3 Comments → LulzSec Mastermind Unmasked, and Yep, He looks like a Douchebag