Meanwhile… we’ve actually been playing games. Each week we recap our recent gaming experiences and tell you what we’re looking forward to, so you can use your time more wisely than we have. A lot of non gaming action taking place this week, but not all of got away completely like GiffTor. Ben and JP join us to catch us up on their adventures in the backlog. 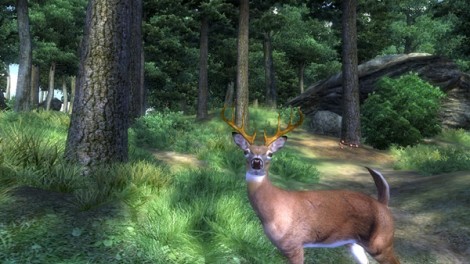 Not as dreary as the name Oblivion would lead you to believe.

Lately, I have been focusing the majority of my attention on eliminating my personal backlog. Recently I have been consumed in The Elder Scrolls IV: Oblivion. I traded in my original copy and picked up the 5 year anniversary edition because it includes the Knights of the Nine and Shivering Isles expansions. To be honest I am currently obsessed with the Knights of the Nine quest line. I have only deviated from it to get my Mage’s Guild recommendations. I am so focused on this quest because the ancient gear you look for is just awesome. It also helps that the writing and overall story is one of the best I have seen in a DLC or expansion pack. SPOILER ALERT!: Having to battle all nine of the knights ghosts has been my favorite part of the story line thus far. I fully plan on completing each guild’s story lines and I will eventually wander to the main story line. I plan on visiting the Shivering Isles after I close the gates of Oblivion. This game has been my biggest target to my backlog. I want to complete this game before the release of The Elder Scrolls V: Skyrim, and has only increased my anticipation for Skyrim. I am very happy with my overall experience so far. I am positive my play through has been going well because I took the time to think about what major abilities would mold my character. I still have had to battle the urge to restart my character, but I have resisted and continued adventuring. My only disappointment is that I did give this game my full attention sooner.

I also have found myself with the NBA Jam port on the on iOS. I downloaded the game while I was on vacation (which was about a month ago) and I still find myself playing it. I love the amount of unlocks that the game provides and the game play is as fun as I remember it. The way the game is designed for iOS is really nice as well. The control stick will find your left thumb when you set it down and let you move it from there. It is really nice to not be 100% tied down with your movement thumb. Unfortunately, the Sprint, Shoot, and Pass buttons are not as forgiving. I find myself jumping when I want to be sprinting more often than I would like. I still enjoy this game enough that I found myself fitting in two games while I was waiting for my name to be called at the BMV.

Still slogging through Fallout: New Vegas and the latest DLC Old World Blues and continue to enjoy it. I can honestly say I’ll be said when it’s over but the additional gear I picked up will help complete the hoarding of weapons I began long ago.

Mainly, I’ve been playing browser games on Armor Games and was excited to see that the latest edition of The Last Stand, The Last Stand: Union City was released. It is a side scrolling, zombie themed (surprise surprise) survival game with some heavy RPG elements. I was surprised at the amount of depth it had and the fun that came from exploring desolate locations and formerly occupied homes. It is a flash game, so it has the problems inherent with that genre, but it’s nothing that ruins anything too much.

It’s been pretty light on the gaming other than that, and I’m hoping a couple days off will shore up that problem. 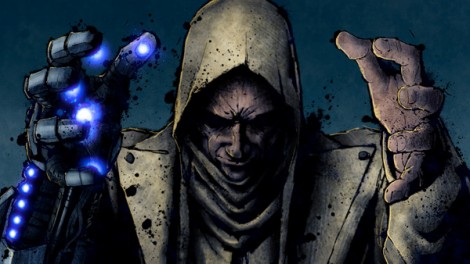 You still want to play this game.

Over the last few weeks I’ve been making my way through Infamous (or InFAMOUS, however they want you to capitalize. I refuse.). As I said last time, I never put any credit card info into PSN and rarely used it, so honestly, the whole PSN hacking deal worked out pretty well for me. Thanks, Sony! Anyway, I’m nearly finished with the game and it’s been fun. Cole has some pretty awesome powers and it’s fun to just run around and randomly electrocute shit. The combat is a little bit clunky, though, which has been frustrating at time, occasionally to the point of walking away from the game for a while. But it’s been fun enough to make me want to play the sequel when I’m finished with this one.

The rest of my gaming time has been pretty limited so it’s mostly been sneaking in some mobile games here and there. The recently ported Cut The Rope makes a great subway game, entertaining and easy to pick up for a few quick levels and put away. I’ve always been playing a tower defense games called Fieldrunners HD fairly voraciously. It’s fairly addictive if you’re into that particular genre, though I seem to be pretty godawful at it, since I have yet to beat the “Easy” mode. Oh well. Beyond that it’s been pretty quiet on the gaming front for me though I’m looking forward to finding some time to being able to explore some of the games I’ve missed over the last few months. Hopefully, that will be soon. 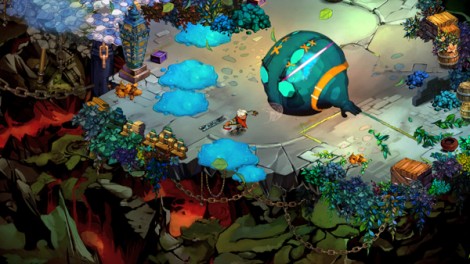 Most of my gaming this past week has been spent thoroughly enjoying Super Giant Games’ Bastion. The first game released in this year’s Summer of Arcade definitely lived up to the hype. Not only is the storytelling fantastic, the gameplay really shines. I’ve said that it is rare for me to want to replay a game as soon as I’m finished with it, but Bastion is one of those games as you can tell from my review. If you aren’t playing it, you should. There is a ton of content for a downloadable game and you can ramp up the difficulty to whatever you feel like. A great option for those who want a tougher challenge the second time around.

Other than that I’ve still been playing Limbo here and there. I think I’m going to try and finish that before I go to California on Friday but we will see. That game isn’t supposed to be that long and I have to be getting close to the end. I’m really enjoying that one too, but I’m really interested to see how my wife does when she finally gets around to playing it. Even though she turns off the gore.

Like I said, I’ll be in California until next Wednesday so it will be pretty light on gaming for me. Unless my brother in law has picked up some new games he wants to play, we will be doing our best to avoid the craziness of the final planning stages of a wedding. I won’t be playing any mobile games. I (gasp) read on airplanes and don’t have any good games on my phone that I want to spend any time with. Unless I get a 3DS in the next few days for free there will be no mobile gaming on this trip. But then again even if I had a 3DS there still wouldn’t be any gaming because there are no games. 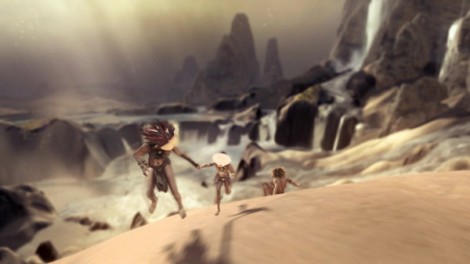 Moving week is upon me and boy did I time this well. Seriously, there aren’t many major releases in the past few week (or upcoming weeks) so sticking to downloadble titles has suited me well. I am coming up on the ending of Bastion, and have been more than pleasantly surprised by that game. I just thought there was no way it could live up to the hype, but I simply adore everything it has to offer. I didn’t think it would be fun to play, but I’m having a lot of fun switching up my weapons combinations. Then there’s the music… get me the soundtrack immediately.

I also played a couple of hours of the XBLA release from this week, From Dust. I’m not sure what to make of it, but I love the concept, plus there just aren’t many god games around. The change of pace alone seems to be justifying my purchase. I’ll be sinking more time into this one soon to give some actual critical feedback. If I do go anywhere else with my game time it will be back on my PC and I have to see how Puzzle Agent 2 compares to the first game.