Video game characters tend to have the odds stacked against them when first setting out on their specific video game quests. While their base abilities are quite astonishing, they sometimes have to take advantage of performance enhancing items (power ups) to give them the edge they need in order to defeat giant robots and save their respective female kidnapping victims. What happens, however, after the rush of vanquishing their foes ends and normalcy reenters the arena of their lives?

Games like Fallout 3 and BioShock demonstrated the negative issues that result from overusing power ups, yet we are made to believe that other heroes and heroines just turn the page and move on without any sort of consequences? This is lazy story telling in my book; luckily for you all I’m hopped up on the power-up called caffeine and can easily take up the reins that game designers have so easily set aside. 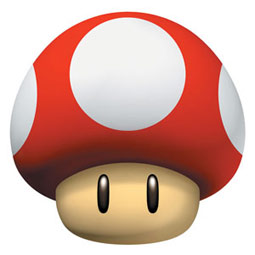 Not as innocent as it looks

When Mario first arrived in the Mushroom Kingdom, he was excited to be offered the part of hero as he made his way through the magical land in search of the missing princess. Despite the pride he felt after eventually rescuing her and restoring order back to the land, it was the size enhancing mushrooms that would ultimately impact his life on the long term. Whether he was a savior or not, his small stature was still the first thing people noticed in the real world. He’d often try to insert his recent success into conversations, but at the end of the day he was still a tiny man with a skewed sense of reality.

He longed for the strength and confidence of shrooming and decided to add the magical mushrooms to his early morning routine, eventually getting the recognition and respect he was after. However, the mushrooms had a side effect that would cause him to shrink back to normal size anytime he was injured. Being that there was not a specific level of injury that would result in this effect, Mario found himself shrinking in a variety of situations, from a dog attack outside of his studio apartment in Brooklyn to an errant spray of lemon juice to the eye over a crab dinner.

Unable to stand the unpredictable nature of the mushrooms’ sustainability, he locked himself indoors and experienced the world through the safety of the internet, relying solely on self portraits taken in his bathroom mirror as proof to his Facebook friends that he had indeed grown.

After the sampling of were-animals he was exposed to through his exploits in Altered Beast, the Centurion decided that he’d prefer living his life (or undeath, based on the plot) as an animal. Being a wolf, dragon, bear, tiger and super wolf had been fun, but he decided to continue experimenting with animals until he found the right one. He’d transform daily, living out his dream in a variety of animal skins only too long for the chance to test out another.

Being a cable subscriber, he began to get distracted by the variety of animal themed shows on various networks and before he knew it, he’d go through multiple animals in a day, hypnotized by the endless stream of possibilities presented to him on an hourly basis.

Because of his insatiable thirst for exploring the “greener other side” he began to alienate himself from each animal’s friendship circles that he’d tried to work himself into. They wanted to accept him, but seeing as he wasn’t satisfied with dedicating himself fully to their species, word got around and he was indefinitely shunned. Defeated and alone, he soon forgot why he started transforming in the first place and by the time he settled on going back to humanity, his supply of two headed wolves had run dry and he was forced to live out his days in the body of a platypus, a creature that itself has trouble deciding what it really wants to be. 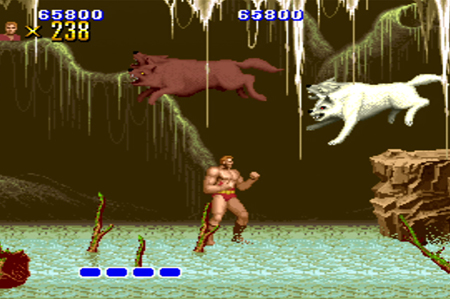 Two headed white wolves once stood for justice and power, now they're just gateways to a personality crisis

The combat application of invisibility had been second to none while Reaper battled his way through the tournament, but his mind couldn’t throw out the power’s possibilities away from battle. Using it first to conduct elaborate pranks on his friends, Reaper soon began to enjoy the power he held while invisible and his actions soon matured from childish to sinister. He began to work for real estate developers and utilized his tools to trick people into thinking their houses were haunted, thus settling on selling prices considerably lower than their worth. Families were broken, dreams destroyed, but Reaper lost sight of all of that as those around him lost sight of him.

Reaper also began using the invisibility for his own sick pleasure and creeped into the women’s locker rooms at his local YWCA, spying on the unaware gym patrons as they changed and showered after hard workouts. Petty theft followed, and soon the man who once had noble reasoning for entering the tournament began to resemble the evil Necris he’d gotten revenge against.

While attempting to rob a bank, he found himself locked inside the vault after a security guard closed up for the weekend. Annoyed by his mistake, he sat around waiting till the following business week, unaware that the bank had been closed for good and was going to be demolished the following month. 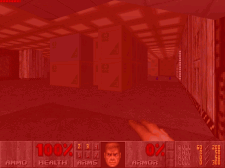 When red is all you see, it's hard to enjoy the colorful world around you

The nameless space marine had taken the Berserk pack only when faced with an overwhelming number of hell’s occupants, but the red vision and blood lust he hoped was temporary had followed him into the days after the Mars events had passed. The slightest inconveniences threw the man into a rage, from a medium rare steak that should have been medium to the cancellation of his favorite Food Network chef challenge show.

He found himself yelling, cursing and punching his way through his uncontrolled anger, his friends and family suffering black eyes and bloody noses anytime they visited him and made any kind of mistake. Deciding that he needed an outlet that fit his new emotional state, he decided to enter a UFC tournament but was disqualified before the event even began as he punched out audience members and a hot dog vendor on his way to the cage.

He was finally thrown in jail and locked in solitary confinement, stuck to punch the cement walls day in and day out, with only his meals as a break. Unfortunately, he punched his dinner tray to pieces as well, resulting in a lifetime of hand pain and floor food.

At one time these men were heroes, but soon became shells of their former selves. Performance enhancement may seem like the only solution to extraordinary situations, but its effects are far reaching and never as positive as they start out. When faced with the choice of ingesting a shiny star power up or forging ahead with your own hard work as an ally, be sure to remember that while the power up useful powers only lasts only a short time, the side effects and addiction is not always represented by the amount of time one glows an assortment of colors and hears a funky new tune in the background.