I give too much power to my backlog of video game titles. I allow it to not only dictate which games I play next, but how I make decisions in the games I’m playing. Sometimes I only want a taste of a game before moving onto the next one that I blow through without taking in the sights that game has to offer. Regardless, I’ve been known to feel a bit guilty when I didn’t complete a game how the designer intended because I actually want the best experience for every game I play even if my playing habits don’t allow that to happen. 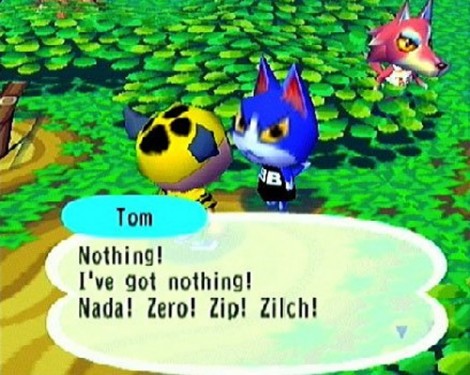 They all hate me

I vividly remember the first few times I took a break from Animal Crossing and the in-game characters spoke about how long I had been gone. Then, my game guilt hit an all-time high when I shut Animal Crossing down incorrectly, and was lectured by another character for my actions. I felt compelled to play the game “correctly” to avoid upsetting the game world. It got me thinking that as games become more self aware, each gamer could get a wildly different experience based on their play style.

Whether it is leveling your characters up to the limit or finding every useless item in the game, some gamers just have to see it all. Their friends finished the game in a fraction of the time they have spent, but they refused to go get that bad ass sword at the top of the highest mountain cave in the farthest corner of the map. However, games are getting tired of you explorers. While they are still going to give you a gigantic map full of stuff, going to the far corners will only net you two things:

The fact is, your adventure is over. The land found another hero, and the people are ticked off now. They are going to need you to pay them back for all that gear they gave you when you were setting out to save them.

While the completionist takes his sweet ass time in-game, the distracted actually keeps in-step with the game world, but only when he remembers to play. Whether you are playing multiple games at once or you just have other commitments, the false starts are just teasing the game world. The game is over it and the NPC’s are ignoring you until you apologize. That’s right, you have to do fetch quests and chores to earn back the game’s trust. You are also on probation and need to acrue at least 30 consectutive minutes of playtime until the Colonel will give you your weapons back and the information for the next mission. Listen, there are plenty of other players committed to the cause. Are you in or out? 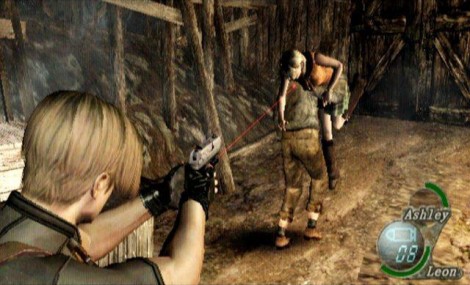 You are better off being terrible on your own.

Tag teaming games is an old pastime on couches across the world. Play the game until you are done, or until you get to the hard part and hand the controller over to an expert. The problem is, the game can sense when your habits change and your skills increase. You thought that escort mission got a bit too hard when the demon horde surrounded you? Handing off controls to your best buddy may not be the greatest idea. At the moment he starts acting weird and headshotting enemies out of the blue, your escortee, sensing that your characters has become possessed and that she is next, freaks out and takes off. Good luck beating that mission without the President’s daughter.

Achievement whores beware. No longer will games tolerate your speed runs and tricks to get in and out as fast as possible. You may have blown through the story, but you didn’t give the game world enough time to develop any gravity to the situation. Those sidequests that you were looking for with all of the enemies ripe for pulling off ridiculous combos, they weren’t called to battle in time to fight. Plus, come to think of it, this little power struggle in the streets didn’t actually escalate into the corporate battle you were expecting. You did a great job snuffing out the bad guys, but their performance was so weak that their exploits never caught the attention of that evil scientist so he has turned his attention elsewhere and your skills are no longer needed. However, we are going to need you back on the streets tomorrow as you are still just a beat cop and the city isn’t paying you to take a day off.

Wow. It is hard to find fault in your actions, you quite literally played the game the right way all of the way through. Seriously, that was borderline a piece of art. To show it’s appreciation, the game allows you to skip the credits, replay the best ending any time you’d like, gives you free access to any future DLC and goes ahead and just gives you the remaining achievements/trophies. Also, it went ahead and notified the developer that you would be an ideal tester for the beta version of any of their upcoming games. They will also be sending you a signed copy of the game. Incredible work.

I realize I may have kept the door open for the potential of digital rulers enslaving us by expecting the video games themselves to utlize AI in evaluating the gamer’s performance, but sometimes I need my games to fight back or keep me on track. If one game doesn’t fight for my attention, it could lose out to another lesser title. At that point, everyone loses and no one has experienced the best version of any game.

1 Comment → How You Play the Game: Timing is Everything