A few more lessons in PR hit the web this week, as Capcom struggled to keep some announcements out of the headlines and had poor timing on one they intended to release. Star Wars: The Old Republic finally gets firm pricing info for the software and beta, but no hard release date was set. We continued to go a bit retro on the site this week with our most colorful episode of The Horrible Show and a few confessionals. 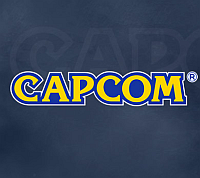 We have forgotten how to communicate to our fans. Excuse us a moment.

Bastion review: Classic composition – Joystiq
Here comes the Summer of Arcade, and it starts off with a bang.

EA: Consoles now account for 40% of games industry – Destructoid
As recently as 2000, isn’t a comparison.

NBA 2K12 cover athletes revealed: Jordan, Magic, and Bird – Destructoid
That’s one way to concede the fact their won’t be an NBA season.

The Fourth Mortal Kombat DLC Character is…Probably Not Who You Were Expecting – Piki Geek
It works, it’s crazy, and kind of awesome.

A Lesson in How Not to Cancel a Video Game – Giant Bomb
Hey, look a coherent summary of all of the PR mess that Capcom has generated this week.