I never ask for directions while driving. That doesn’t make me a good driver, but it did end up taking me to a curious city that opened me up to some news rules of the road. I learned the lessons of Burnout Paradise. 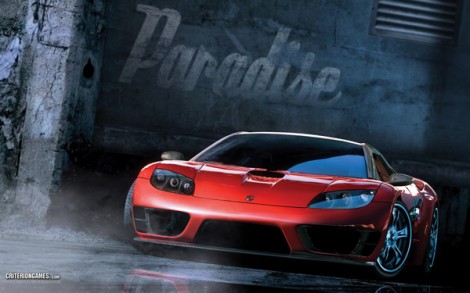 The Lessons of Burnout Paradise

I learned something today. I’m as guilty of the next guy of feeling more powerful than I really am when I get behind the wheel. I’ll also admit that I multitask quite a bit while driving and have been guilty of annoying other drivers with some of my bad habits. I’m at my worst when I’m lost and looking up new directions on my GPS. Recently, after a few bad turns and hundreds of miles of heading in the completely wrong direction, I found myself in a city where my GPS stopped working entirely. While fiddling with the stupid piece of technology, I slowed down well below the speed limit and I heard the familiar sound of a car revving up to pass me. I glanced up, half expecting the driver to flip me the bird, only to discover there was no driver in the car. The car was handling just fine and merged back into the proper lane ahead of me as another car flew by. That car didn’t have a driver either! Before I could react, the two sentient cars in front of me were battling, with one car refusing to allow the other to pass as the road began to narrow. Shockingly, one of the cars straight-up slammed into the other one, driving it into the railing at the side of the road. In spectacular fashion, the victim car flipped into the air as time seemed to stand still and the other car drove off. I knew I’d better stay out of the way of these maniacal cars. Thanks, Burnout Paradise. 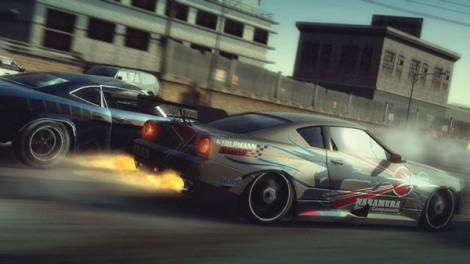 What else are they gonna do?

There exists a city of immortal sentient cars

I learned something today. Did I mention that that lost city I found was full of sentient cars?! No drivers anywhere. No foot traffic. Plenty of buildings and locales for civilization to exist, but no people. There are cars everywhere, though, and they definitely drive with a purpose. I’m not sure what that purpose is, other than to find other cars to race with or destroy. Their daredevil nature seems to come from the other strange fact of their existence: these car-beings are immortal. I’ve seen wrecks here that defy the very laws of physics and cars reduced to scrap metal before my eyes. Of course, when that happens and the pile of metal finally stops moving, in a flash it is replaced with an undamaged version of the same car. Like it never happened. the car just drives off to race in some other part of the city. Wreck, repeat. I had a feeling I wouldnt’ be so lucky, but this city was fascinating. Thanks, Burnout Paradise.

I want to go faster

I learned something today. Those car-beings had some pretty neat tricks. I’m not sure if their tricks work elsehwere because I wouldn’t have the guts to try it with cops around, but taking risks is addicting. Every time I barely missed another car, drove in the oncoming lane, or tailgated I could feel my car gain a bit more power. I slammed on my gas pedal and unleashed a speed burst that I wasn’t ready for, but it was thrilling. I found that by driving like I was drunk and sliding around turns, it seemed to keep the speed going. I didn’t want it to stop, but I wasn’t a good enough driver to make that happen. Thanks, Burnout Paradise.

Mechanics are ripping us off

I learned something today. After driving around the city for awhile, unsuccessful in my search for a way out, I began to get a bit more confident in my driving skills. It was infectious to drive around with seemingly no laws of the road or need to pay courtesy to any other drivers (since there were no drivers and the cars themselves were, well, dicks). Eventually, I damaged the hell out of my car. I’d like to tell you it was from a race that I won, but I stayed away from the other cars. I ended up spinning out of a turn I took too fast and slammed into a fence. My car was driveable, but it wasn’t getting out of town in that shape. There was a gas station nearby, and even in this town of no people, I pulled in hoping for the best. Turns out, I didn’t even need to get out of my car because as soon as I rolled up, the car was instantly repaired. On top of that, there was no one to pay. Best service I’ve ever had. Thanks, Burnout Paradise. 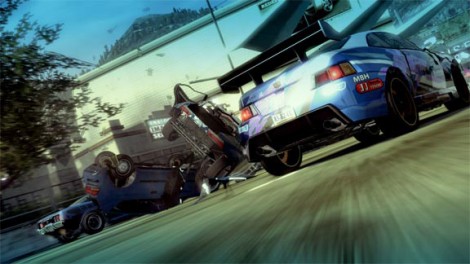 He/She/It will be fine.

What a weird trip. Paradise City is the most adrenaline inspiring ghost town I have ever come across. While it allowed me to discover the hidden speed freak within me, I’m still haunted by driverless cars to this day and it makes me worry about those motorcyclists I saw coming into town as I was leaving. Thanks, video games.