Meanwhile… we’ve actually been playing games. Each week we recap our recent gaming experiences and tell you what we’re looking forward to, so you can use your time more wisely than we have. I’d go as far to say that we are making progress with our backlogs, but don’t underestimate the draw of the Summer of Arcade as downloadable games have taken a prominent focus in our play list. Alex joins us this week, and vents some familiar frustration of his other favorite franchise. 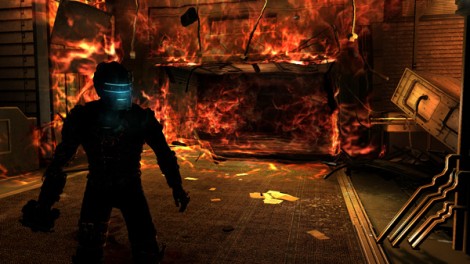 I have been pretty scattered with my gaming as of late, but am really trying to finish off some of the games that have been sitting around, begging for completion.

Fallout: New Vegas and the Honest Hearts DLC was the first to go on my list, and I can safely say that I enjoyed my time with the DLC though it was a bit of a shallow, generic experience. There was quite a bit going on in the background (especially the old survivalist journals) that was way more interesting than what I directly participated in, which was a bit of a bummer. On top of that, the environment was bland as hell. In the end, however it was way better than Dead Money and I’m a sucker for Fallout. I did end up downloading Old World Blues, and after only a bit of time with it am already thinking it’s the best of the bunch, though I’ll have more details at a later time.

I got a couple hours of Dead Space 2 in but didn’t have enough time to immerse myself (which is the only way I can play games like that). Still amazed by how great that game looks and slicing through necromorphs still continues to be fun, though I am becoming immune to the jump scares (though I will say that while this game is not as scary, it is far more disturbing than the first). I just really feel bad for poor Isaac, he truly is the most unfortunate video game character. 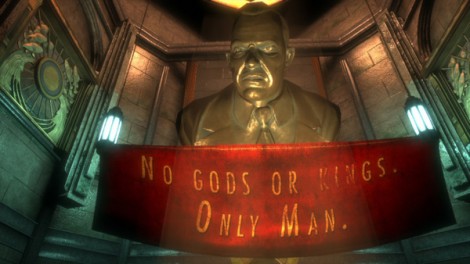 Not my big daddy.

Man, gaming. Sometimes I forget what that word even means, which is a sad state of affairs. Work and the real world have been keeping my gaming to a minimum for the last few weeks, but I’m hoping that changes here in the near future. I finally finished moving my home office into a basement bedroom which means the basement is officially my cave now (another thing getting in the way of actually PLAYING anything). I’ve been getting out all the old systems and getting them ready to go so that once the cave is cleaned up, it can be a true gamers paradise. One of the games I’ve actually gotten around to playing is Alice: Madness Returns. I was so incredibly excited about this game before it came out, and went into it expectations high. I loved the first game, and hoped the 10 years later sequel would be equally amazing. Sadly it wasn’t. I love the style and the story, but the pacing and the gameplay feel absolutely archaic in today’s world of Arkham Asylums and BioShocks. Which is why I decided to take a break on level three and pop in BioShock. I love everything about that game but I still haven’t taken the time to beat it. That’s going to be my personal goal over the next few weeks. Then I have BioShock 2 lined up and in the wrapper from an Amazon sale as soon as I’m done.

Otherwise I’ve been furiously building in Tiny Tower for iOS, and have pretty much given up on my empire in Lord of Ultima (expect a full debriefing on that situation coming soon). 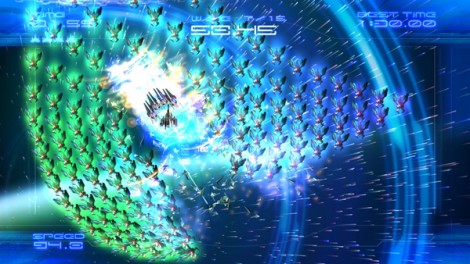 I was about to say that my gaming has been slightly depressed the last several weeks, but then I remembered that I have a big black hole where all of last Saturday not spent cleaning is supposed to be in my memory, courtesy of Civ V. Man, that game is good. I’m pretty sure they tweaked the difficulty levels because I won quite handily on difficulty 2, which, on Civ 3, was actually pretty challenging. I’m enough of a Civ veteran to know not to get mixed up in playing game after game after game, though – I’ll completely disappear. Thankfully, Ms. Splosion Man is waiting for me to play and I also have Amnesia: The Dark Descent to check out;  it just finished downloading last night and it looks creepy and challenging. Finally, I’m still chipping away at Galaga Legions DX – I need to get 100% achivements on that and I’d like to have S+ rankings on all of the levels for bragging rights if nothing else (I’m currently ranked like, 137th out of 11,137 players, total score wise. See, guys? I’m good at at least one game!) 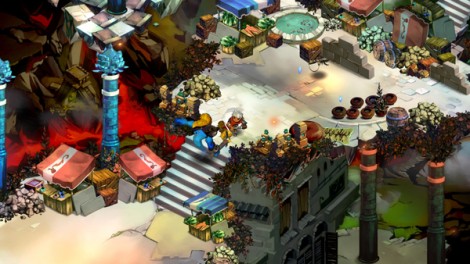 So ugly. By the reverse definition.

Due to ongoing last minute changes to my moving schedule, it does appear to look like I will have a bit more time for games. Although, my roommate’s amazing TV is leaving me. It may get emotional. I will persevere though, because Bastion is out. I’ve played a little so far this week and cannot wait to lock myself away with it to see it through to the end. The vision to this downloadable gem is what fascinates me. You can just feel the care and detail that the designers poured into the title. It doesn’t hurt that the adventure has some weight to it, and that narrator (love him or hate him) makes the game feel unlike any other $15 game I’ve played before. What a great way to kick off the Summer of Arcade.

As I said last week, I’m keeping things pretty light while the move goes on. I don’t want to get into something I can’t take breaks from, so I’ll be playing plenty of Splosion Man and Ms Splosion Man. After finishing Puzzle Agent last week, Puzzle Agent 2 is also on my horizon. However, I did find a forgotten console title that is a blast to play in small increments – Need for Speed Hot Pursuit. I probably only got about 1/3 of the way through the career modes of that fantastic racing game. Plus my Autolog is full of challenges from my friends that have played in the meantime. That should keep me busy enough, but I’m taking recommendations of great titles to play in 10-15 minute chunks of time. Whatchu got for me? 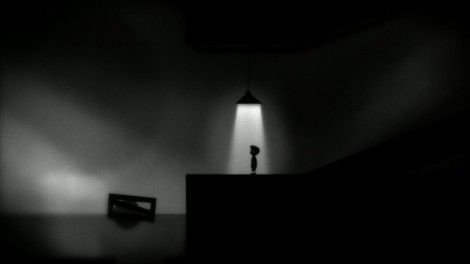 With the recent release of Ms. Splosion Man, I wanted to go back and finally finish the first game in the Splosion series. Getting back into Splosion Man was very easy, though the levels are not. Some of the levels are so frustrating that the life of my controller/television screen hangs in the balance. Luckily there is the skip a level feature though the tutu Mr. Man wears after you do that, mocks you in oh such a subtle way.

I also finally decided that it was time to download Limbo. I was bored the other night and was tired of listening to whatever crappy TV show my wife was watching and decided to go black and white. I haven’t played it a ton, but I love the challenge of it and I currently am stuck. Though the last time I played I was slightly inebriated and tired. The best part of me playing Limbo was the fact that my wife was distracted from whatever it was she was doing on the computer and made a loud noise when I got hit by a swinging spike. It wasn’t quite a scream and not quite a yell. It’s her “oh my god, that was scary” noise that as you can see is hard to describe with no audio.

The last thing I’ll mention this week is Bastion. I downloaded it on Wednesday and have only played it for 20 min. as of this writing. That game looks and controls great so far and the narrator is awesome. More on this game next week.