Although I’m willing to give you credit where it’s due when you successfully turn one game into a series that your customers salivate over when you show a preview video 18 months before release, you have a rather disturbing habit of attempting to re-invent the wheel and/or fix things that aren’t broken. If you’re going to try and counter with taking Metroid from side-scroller to first-person in the Prime series, don’t. The Prime games were great… and it’s not the combo-breaker you were looking for. Somewhere within your department, you have a villainous sadist lurking. You must find him. You must find him and break all of his fingers so that he can no longer perpetuate the misery he has sprung amongst gamers everywhere when he introduced “new and improved!” controls to a series and/or genre. 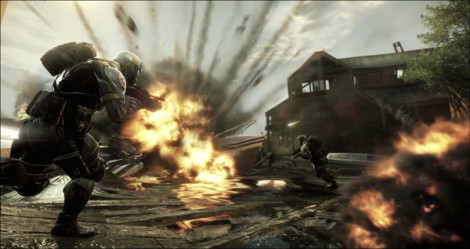 Not the time to get clever

Do you see that list above, fellas? Those are three things that are already perfect. Oh, sure, there are minor cosmetic variations (an embossed jolly roger, mirrored or polarized, Halo or Modern Warfare), but otherwise, those things don’t need any fixing. As a matter of fact, any attempt to make major changes to them destroys everything good about them (here’s another example). So, when you decide to “tweak” the controls (I’m looking directly at you, Crysis 2), by, oh, I dunno, mapping grenades to a double-tap of the weapon select button, you’re not coming up with a clever work around. What you are doing is becoming the proximate cause of the rage-based death of yet another of my controllers. (I get a little cranky when I get killed for the umpteenth time right before the checkpoint when I swap to my sidearm instead of the grenades I need to take out that Humvee.)

I know, I know – I could use the options menu to change the control scheme. But…here’s the thing. You know that tilt-adjuster on your steering wheel? Leaving it alone doesn’t cause your car to go spiraling out of control. There’s only one possible explanation for messing around with the long-established standard controls… and that’s having someone on your staff who is a minion of Satan. Since we’re on the topic of pure evil, let’s talk about sports.

Button mashing is not a crime

Baseball, basketball, football, soccer – it doesn’t matter. There’s one way that you cause the ball to move from point A to point B. You hit a button. Sometimes, like on kickoff, you hit it twice in a little quicktime event with a meter showing power and accuracy. You know how I know that? Because that’s how RBI Baseball and Tecmo Bowl worked back in the day and how Madden and MLB used to work. Before you ruined them. Just like you ruined Thanksgiving last year. 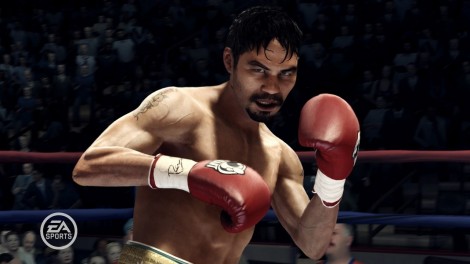 Little Mac and I could take him with just two buttons.

What you don’t do is use the effing control stick to mirror the motion of the athlete you’re trying to control because that would be absurd. I’m playing a sports game precisely because I’m not good enough at that sport in real life to play at a professional level, but you expect me to scale the golf swing motion down to my thumbs? What the hell kind of sick mind tries to remind someone of their failings as an athlete by introducing control tweaks that mirror the actual motion required to perform the action in real life? Seriously: Buttons, guys. I have enough trouble throwing a baseball in real life, what in the world makes you think I want to be reminded that every time my team’s on defense in MLB: 2k11? I’m not saying you need to dumb the controls down so much that they ruin the whole experience (ahem, Fight Night: Champion), but come on. Gaming’s supposed to be helpful to people with Parkinson’s…and now you’re going to make your controls impossible for them to use? You sick, twisted bastards.

If it ain’t broke…

I have a much better way to fly.

Look – I know you want to breathe new life into your series. I appreciate that. But you guys have legacies to protect and one  of those is the control scheme. I’m sure the guy who convinced the developers of Dark Void to steer away from the Ace Combat-established flight controls used a lot of words like, “paradigm” and “synthesis,” but we can all see how well that turned out, now can’t we, Capcom? Do yourselves, your series and your gamers a favor – find the guy in your office whose job it is to screw around with our well-established and loved control schemes and sew him up in a sack of cats.  We don’t like his kind around here.