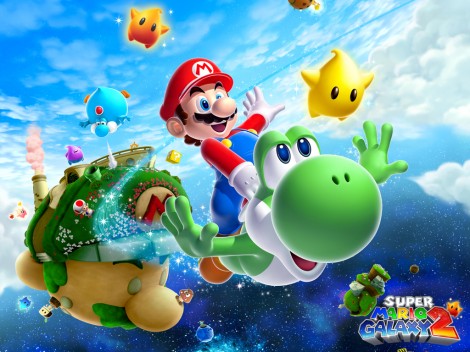 We will keep you updated on the final placement of Super Mario Galaxy 2 as it sits alone in second place (Gamerankings) and tied for second (Metacritic) with Grand Theft Auto IV, Soul Calibur and Tony Hawk’s Pro Skater 2. Either way, you may want to sit up, dust off your Wii, and have your wallet pay attention to what some are calling the “greatest Mario game.”