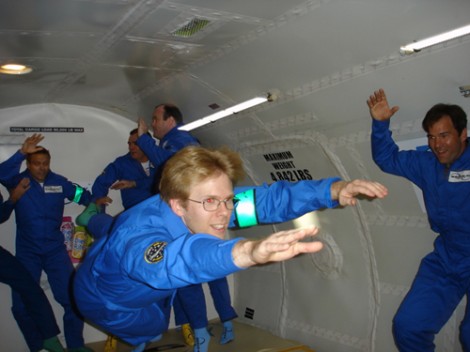 Some hipsters told The Carmack that space travel is for squares, but acceptance from outlier culture was never on The Carmack's agenda

Id Software’s John “The Carmack” Carmack is intimidatingly smart, so when he talks, I tend to listen, even if the conversation revolves around a genre that isn’t at the top of my list and I only understand 2/3 of the words he uses. When asked by Industry Gamers how he felt about the “innovation wall” of shooters as of late (referrencing the saturation of military based shooters like Call of Duty on the market), he argued against what he referred to as, “indie developers that take a snooty attitude about this [military shooters]”. I imagine he also grabbed the interviewer by the collar and pushed him into a wall for asking snooty questions because The Carmack hates snooty questions.

He went on to explain, stating that, “If they [gamers] buy the next Call of Duty, it’s because they loved the last one and they want more of it. So I am pretty down on people who take the sort of creative auteurs’ perspective. It’s like ‘Oh, we’re not being creative.’ But we’re creating value for people – that’s our job! It’s not to do something that nobody’s ever seen before. It’s to do something that people love so much they’re willing to give us money for.”

As much as I bag on the series (though I am a fan, but that dang community bothers me so much), and as afraid as I am that there is a bit of a creative rut for the FPS genre right now, I definately agree with what The Carmack is saying here. It just reminds me of the roomate that I had that refused to listen to music that he didn’t consider “underground” and always complained about popular music, not because it was bad (which it kind of is) but because everyone else liked it. Not that I don’t like interesting genres and unique concepts, but for every Minecraft there’s about a thousand oddball titles that use being weird as a badge of honor and fail miserably to provide a fun experience.  Whether I’m shooting terrorists or milking cows in outer space, the objective of any developer should be to create a magical little nugget called fun.