In a recent interview with IGN at the Cannes Film Festival, Mark Hamill has stated the his latest turn as the Joker in Arkham Asylum 2 will be his last. Hamill was reluctant to return to the role for the original videogame title, and even moreso for the sequel saying that he wanted to leave the character on a “high note”. The team at Rocksteady walked him through their plans for the character and Hamill decided to come back for “the last hurrah.” 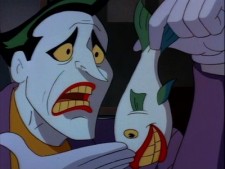 I’m quite torn on this news. Mainly because I had said goodbye to his version of the Joker well before I played Arkham Asylum 1. I really doubted the game when it was announced, but it turned out to be a glorious Batman experience with the best version of all of the Jokers, who happens to be my favorite character in the series. I’ve been excited about the character all over again, but I’m afraid they are bringing him back too quickly. If it goes badly, I don’t want that to be my final goodbye to my favorite maniac. I’m also not sure what it says about the future of the Arkham Asylum series beyond the second game. However, I’m going to keep my expectations in check, and hope that Rocksteady and Hamill can pull off the impossible again.

Strangely though, no word on the future of Cock-Knocker.