Over the last few months, I’ve been engrossed with a wide sampling of games from independent studios. From strategic zombie evacuation in Atom Zombie Smasher to alien planet exploration with Capsized, I’ve played across the genre spectrum including a few titles that fit multiple molds and some that fit none at all. This comes conveniently after my obsessive runs through Minecraft and Terraria, both indie games that have excelled thanks to their unconventional gameplay. While I enjoy my time with the titles that the AAA studios have to offer, it seems to me that the little guys are starting to match up pretty well with the big dogs in a variety of different ways. With all of the news of large studios losing money and the confidence of consumers, there are quite a few advantages indie studios have going into the next generation of gaming, most of which come from facts that seem like disadvantages on the surface.

Expanding the holes in the filter

Releasing a game on any system comes down to risk and reward, but it seems that few big studios are willing to take certain risks when it comes to unique titles. While some people may take issue with this, I understand completely why it works out this way. See, studios really can’t go too crazy with ideas because they have multiple tiers of filters for ideas to get through, starting with designers and ending with the investors who are putting the money up for the project. While, in hindsight, Minecraft seems like a golden egg for anyone willing to put up the cheddar, the fact of the matter is that it would have been an insanely difficult title to sell, especially to individuals that identify with profitable titles like Call of Duty and World of Warcraft and aren’t necessarily gamers themselves. I can only imagine the chuckles Notch would have gotten had he stood in front of Activision executives and pitched a mining simulator. Fortunately for him, he’s the one laughing now. 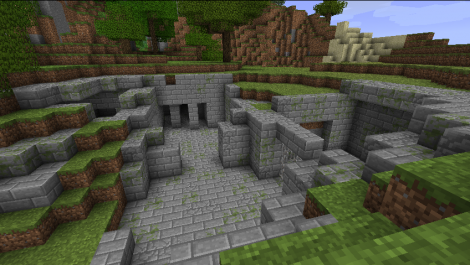 This niche is worth millions.

With the indie game development, you really eliminate some of these filters and tend to end up with the pure ideas that come from the guy or gal that decided putting together a game was a good idea to begin with. Now, I’m the first one to admit that not every game that pops into someone’s mind needs to make its way onto Xbox Live or Steam, but without a little innovation we’d be swimming in a sea of FPS games and fantasy-themed MMOs. The great thing is that, as indie studios continue to experiment, more developers take notice and begin to iterate on the indie ideas. Successful indie games are trend setters and eventually we’ll see a broadening of what big studios identify as potentially profitable games.

Risks and focus where it counts

For a smaller studio, a unique game that fails is not necessarily going to ruin their reputation as much as it would for a larger one with an already established fan base. Obviously, this comes primarily from the fact that they don’t quite have a reputation established quite yet, but this allows the studio some wiggle room for growing, contracting, or starting over all together. Small studios almost seem to get a bit of a pass in terms of critical flops and, should the game be unique enough, these titles often get praised despite their shortcomings. Worst case scenario, they rename their studio and start from scratch, a move that flies under the radar more easily the smaller the studio is.

Additionally, indie studios don’t get the backlash that large studios get when graphics aren’t breathtaking. The unfortunate side of being a big guy in the gaming industry is that, in addition to creating an entertaining experience, you also have to compete graphically and technologically with your competitors. Despite people claiming that graphics don’t matter, they are the only way for games to make a first impression as mechanics are tough to illustrate visually. So while hard work is being poured into refinement of gameplay, just as much work on major publisher titles is put into the shiny coat of paint that attracts customers. When sacrifices have to be made, it’s usually the gameplay that suffers.

On the flip side, indie games have a much wider, albeit less technically advanced, palette to work with. High end graphics are never the focus when the financial backing isn’t there to support hundreds of artists and animators. While this may seem to be a disadvantage, restrictions like this can often times can be freeing and tend to open up avenues that have not been explored or have lain dormant for some time. Hand drawn graphics have made a comeback in games like Capsized and even games in grey scale, such as Limbo, can be successful. A studio that definitely made waves utilizing a simpler yet striking visual style is The Behemoth, with games like Alien Hominid and Castle Crashers being incredibly popular with a generation of gamers that don’t necessarily have experience with the 16 or 8-bit era. Those of us that remember the glory days of the NES and Genesis have an inherent attraction to nostalgia which can account for our fondness of this style of games, but at the end of the day the quality is what has brought in everyone else. 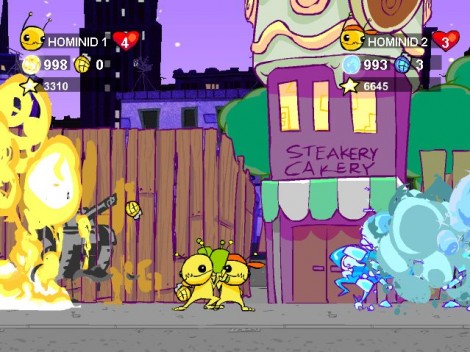 Fun without requiring 100s of animators and designers.

On top of a simpler approach to graphics, mechanics are also an area where limits can benefit indie studios. An example of this are the side-scrollers that dot the indie landscape in games such a Braid, Limbo and Super Meat Boy, a style thought to be close to extinction as soon as the third dimension could be utilized. This is not to say that these games are simpler per se, but that they are able to explore the extent of their vision without needing to follow the conventions of the modern FPS or third person, cover-based game. These games have a unique complexity that comes with introducing something new to a familiar landscape of gameplay, making even the most pretentious modern gamer forget they are playing a game that has a retro vibe to it. Like mentioned above, successful concepts demonstrated in these games eventually find their way to the top to potentially influence the next batch of releases.

Oh, we thought you guys knew that the game was released as a beta...

Fallout: New Vegas was released in an arguably unfinished state, to the very obvious chagrin of the multitude fans that had been waiting for the game. People were pissed (and rightfully so) as a slew of bugs and mechanical problems made the game difficult for many to get through. The expectation, especially for full priced games, is that the game is free of issues and ready for play from Day 1.

In short, big studios can’t get away with such things but the little guys can and have developed a model for distribution that allows them to sell an unfinished game to customers by advertising it as such. It’s not a shady way of taking advantage of paying customers, rather a journey to completion of sorts that people voluntarily buy into. Minecraft is the first game I am aware of that has had success from this model, but Terraria followed suit as well as my most anticipated release of the next year in Project Zomboid. AAA studios could not pull this off simply because gamers know they have the money to fund themselves and don’t exactly feel bad for multi-million dollar studios franctically looking for cash.

Not only are these studios able to fund themselves up front, they are also able to adjust a title on the fly and pay testers in the thousands if not millions of dollars to figure out the issues present before the final release. In all honesty, the beta-released model games may never be completely finished but the fans will still be there because at the end of the day, when done right, the games are fun and always tend to get better as the beta goes on. On top of that, there is a feeling of contribution players have when pre-purchasing games like these, almost as if they are part of a movement that will see the entertainment medium they love continue to grow. At the end of the day, it’s gamers funding the games they are interested in and in these sales models, the gamers can actually impact the development of the final vision of the game. This is a perk that is superficial at best with big studios (I know, they have forums and dedicated communities, but I can’t imagine there’s too much constructively being pulled from those). 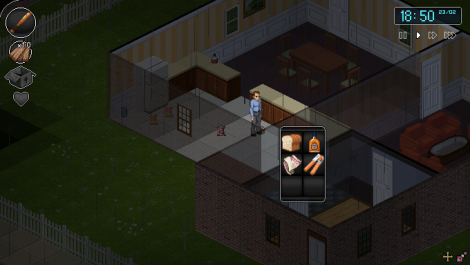 You like survival horror and zombies? The fund us and you'll get exactly what you want.

What some see as low resources, they see as low overhead. Lack of technical prowess is in fact freeing of high end constraints and an unfinished product becomes a tool for investment. The world of independent games continues to gain steam and those that haven’t taken notice will be forced to before long. Indie games will never replace their all-powerful brethren, but they have supplemented them and are slowly influencing an industry that has become a bit stagnant over the last few years. Movies found a way of telling consumers what they want and games came close, but the little engine that could is breaking through. Indie games are showing gamers that they have a say in what they see created and they give a voice to the niche crowd and bored gamers that have had more than enough of gunning down yet another bad guy that wants to blow up the world.