Back when I was growing up, there were three main options of acquiring a video game. The game could either be purchased by you, your parents or an awesome relative who actually looked at your birthday/holiday wish-list and wanted you to be happy on that special day. Another way to play a new game was by heading down to the local video rental location and get charged 1/10 of the price of the game for 3-5 days. This way doesn’t really exist anymore because video stores have basically become extinct. The other way I was able to play new games was trading with friends. This is how I was exposed to games I might never ever purchase on my own. I used to trade games all the time when I was young, but rarely do it now. 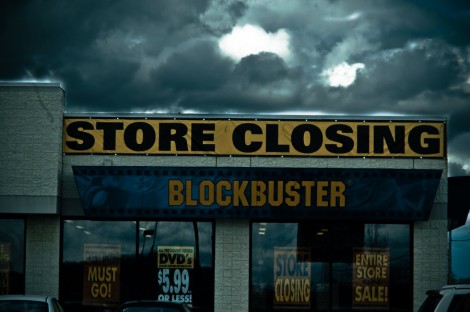 Most kids don’t have jobs or a ton of disposable income to just drop $60 on the new Madden when it comes out next month, but there are ways children can game on the cheap and parents can help them be responsible while doing so.

I’m not interested in MMORPG’s. Not because I think they are all horrible games, rather they scare me to death. I have successfully avoided playing any of these games because I’m worried I’ll get hooked. I think an MMO like World of Warcraft can be a sensible way to control the amount of money spent by a child or parent on video games. Before you rail against the previous statement and say, “I would never let a child play WoW. He/She would get addicted to it and not do anything else.” I don’t disagree with that statement… in certain cases. There are children who would become addicted and let WoW rule their life. Those are the kids that don’t have parents who really care about what their child is doing. With a subscription to WoW and a strict guideline on how much a child can game in a day/week/month, it can be a great game. Before a parent even gets to that point, you can try World of Warcraft for free up until level 20. So if a child is interested, there is a nice chunk of game they can try out before you even get to the subscription plan.

A nice option for those not wanting to drop $60 at one time.

In the last year, Sony has introduced a paid subscription level of their PlayStation Network. Called PlayStation Plus, it allows subscribers to download free games from PSone Classics to the PlayStation 3. You also get early access to demos and betas, as well as full game trials and discounts on games in the store. All this for $5o bucks a year, which is less than a price for a brand new game. The one downside to being a PlayStation Plus member is that when you are no longer a member, you can’t play those free games you downloaded. But this is an option for a parent who wants to curb the spending on video games. If I was a kid right now, demos would be hugely popular. They basically amount to free rentals. No more dragging my parents to Blockbuster and renting Bubsy or Cool Spot. Demos are available on all the consoles, not just the PS3. But with a PlayStation Plus subscription, it might be a better option for parents to give their children access to a lot of free games on the console side of things.

A great thing about these subscription based services is that they can be cancelled at any time. Sure, you will lose access to WoW or the free games you downloaded on PlayStation Plus, but if a child loses interest and stops playing these games, you can stop the payment. And if they want to start playing again, it’s not that hard to get the subscriptions up and running. As scatterbrained as some kids can be (not even including the ones with ADD or ADHD), this model might be ideal for your child.

Many stores that sell electronics and even grocery stores now offer gaming cards for purchase. On each of the three major consoles, Nintendo Wii, Xbox 360, and PlayStation 3, you can buy gift cards that give you Wii points, Microsoft points, or credit in each of the online stores each console provides. With the recent security incident involving Sony, these gaming cards are the ideal way to buy things in the online store without risking privacy. The cards are also a great way to make sure parents don’t buy the “wrong game” for their child. Just like store gift cards have been giving people the chance to not screw up a gift, these gaming cards grant that same opportunity. 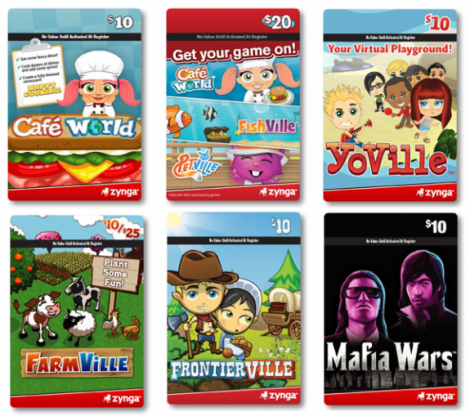 Flooding the game world and the retail world.

The gift cards don’t stop at just the major consoles. You can buy iTunes gift cards to purchase iOS apps for the iPad, iPhone and iPod touches of the world. Those games are very cheap when compared to the three major console makers, and money goes a lot further on the Apple devices. I’m not aware of any Android Market gift cards out there, but if they aren’t available they soon will be with the proliferation of that platform.

Even though I can’t stand the basic idea of Facebook games, (I say grow up and play real video games like an adult) they are prevalent. The “-Ville” games are especially popular on Facebook and you can buy giftcards for those games at many stores. I’ll get into Freemium games in the next section, but just know that instead of using credit cards online for purchases in those games, they can now be done through buying gift cards at brick and mortar stores.

Feel free to give us money, if you want.

Free can be great

The internet has been called “a place where people look at porn and bitch about movies,” but it’s also a place where people game. There are a ton of “free” games that can be played on any Mac or PC just through the internet browser. Valve’s Steam service even recently opened up their marketplace to a flood of these free titles. Games like Free Realms, Team Fortress 2, World of Tanks, League of Legends, and Champions Online are games that have revenue streams implemented into the game itself rather than through the initial purchase. What that means is you can buy certain items within these games that your character can use as a weapon or an outfit that character can wear. Most of these games allow you to achieve these bonuses through gameplay or through purchasing them with real money. Therefore, a lot of the fees are entirely optional. Free Realms even has a parent guide to help explain what the game is and how you can spend money if you choose to do so. Some games like Quake Live have the option of a paid subscription model that allows gamers to have more features and gameplay modes. These games are a great way for that frugal parent to introduce games to their kids. While Quake and Team Fortress 2 might not be an appropriate choice for those violence conscious parents out there, a free game is a free game and the options are growing each day. You don’t have to spend any money to play these games and that’s what makes them a great choice for kids and parents alike.

The video games you see on store and digital shelves are expensive, but no longer are those the only option for gamers out there. Along with subscription models, game cards, and free-to-play games new rental services are evolving with GameFly and Red Box. With the economy refusing to improve, $60 is a lot of money to spend on a form of entertainment for a child especially when compared to items the child actually needs instead of  wants. If you want your kids to learn about video games and play them responsibly, there are new ways out there for you to achieve that goal. Don’t be turned off by that $60 price tag. Even outside of the bargain bin, there are some great games that are cheaper than that. Sometimes they are even free.

Think of the Children – An ongoing series looking at the different issues we face as influential parties concerning children and the video game industry.