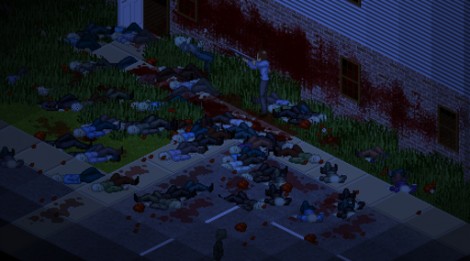 The trolls may be loud, but they go down with minimal effort

Trolls are the loudest people on the internet despite being a minority in the gaming world. Whether they’re angry because they don’t have real friends or are spoiled only children, their main form of attack is filling forums and comment spaces with disrespectful and ignorant banter in an attempt to get attention or ruffle feathers. Most developers don’t even visit the forums created around their games, and in a statement by indie developer The Indie Stone, it looks like the AAA gang isn’t the only group forced to follow this trend.

I wrote a preview for their game, Project Zomboid, last week, and mentioned the issues that members of the development team had with piracy based on their distribution model. Because of this, updates to the game have been slow and “fan” criticism went into high gear after the recent announcement of a soon to be released update proved not to come as soon as anticipated. In a truly admirable (and financially difficult) move, the Project Zomboid team offered refunds to anyone that had already purchased their game, despite stating up front that purchasers would be dealing with a rocky release schedule for the time being. They also went on to voice their consternation at the condition of the Project Zomboid forums (reasoning for their lack of participation as of late) and probably assumed  another troll infestation would take over their comments. However, in a miraculous flood of support, fans of the game filled the comments section up with all sorts of positive messages, most of which consisted of refund refusals and their continued excitement over the game. To add to that, the forum post where the statement was originally made was also followed with similar replies. Reasonable gamers do exist.

I was in awe as I read through the post, especially due to  the utter cynicism I have in reference to the gaming community. It was as if every decent gamer on the planet united as one to help keep the Indie Stone’s moral up, which can only help such a solid studio push through the river of crap they’ve had to trudge through as of late. This is even more reason for us, the sensible majority, to speak up in support of the games and developers we love.

I can safely say that my time with the game has been unbelievably enjoyable and if you have any interest in zombie simulation, go check it out .