I’ve never taken a (serious) position on the whole PC versus Console debate and I have no interest in igniting a flame war on the issue, but I had an experience this weekend which reminded me why I do almost all of my gaming on consoles and have for years. 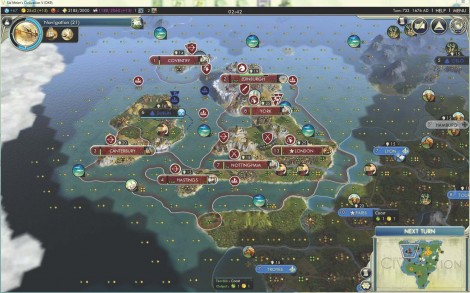 Not my first rodeo

If you’ve been living under a rock, you might be unaware of the fact that Steam is having its annual summer sale. Seemingly the entire catalog goes on sale in chunks on a daily basis for really, really absurd discounts (I got 2K’s entire PC catalog for ~$70.) With the recent exception of X-COM and earlier experiences with City of Heroes right when it came out, I really haven’t done much PC gaming in the last 4 or 5 years. However, Justin L. and Ethan are Steam Evangelical Acolytes and got to me so, on Saturday, I planned for some serious PC gaming.

The 2K package offered on Steam is pretty voluminous, but as soon as I purchased it, I knew what I was going to start out with: Civ V. If you believe the hype (and with Sid Meier, it’s not really hype, it’s just the facts), it may be the best strategy game ever, so I was psyched to start playing and lose track of time. I even sent out a text to the rest of the Cursed to request that they remind me to eat. A couple of hours later, Civ V had finished downloading and I cracked my knuckles in anticipation. I hit the “Play” button in Steam and…nothin’.

“Okay,” I thought to myself, “No big deal, I’m sure there’s some kind of work around or someone’s run into this before. It’s not like I’ve never had to download a new patch or clear my Temp file.” So, I started going through the forums on Steam and on Firaxis Games’ site. There were some work-arounds, but an hour and a half (and quite a bit of growled obscenities) later, not only was I not neck-deep in conquering the known world, I wasn’t even clear on why the game wasn’t launching.

To be clear, while I’m not (and have never been) a card-carrying member of the Tech-expert Party, I used to build my own computers and I know a little bit more about their inner-workings than your average bear. My RAM’s maxed out, the FSB is sufficient, I’m running a fully-updated version of Win7 and the GPU’s plenty powerful enough to run Civ V, but no dice. I’m sure I’ll figure it out tonight or the next, but it did get me to thinking about why I got away from PC gaming.

Like I said, I’m not a luddite. I understand that PC game developers have to deal with the same problem that Microsoft does (as the most popular OS) when it makes a new version of Windows – everyone and his mother has a different set up on their PC’s. Different brands, storage space, architectures, RAM, peripherals, GPUs, not to mention an equal number of different preferential settings and programs. They do their level best to take all of these variables into account, but let’s be brutally honest: there is no way they can account for everything. Sometimes, a computer is just inhabited by Satanspawn when it comes to running one program or the other and, well, holy water and electricity don’t play well together.

Take it one level down, to the legions of good-natured souls out there who spend their time writing on forums with suggested fixes for problems with launching, multiplayer, graphics issues…even there, if you’ve got a weird issue, you need to find someone who has not only had the same problem as you, they’ve had it with a similar setup, they figured out a way to fix the problem and their fix isn’t necessarily going to work for you. 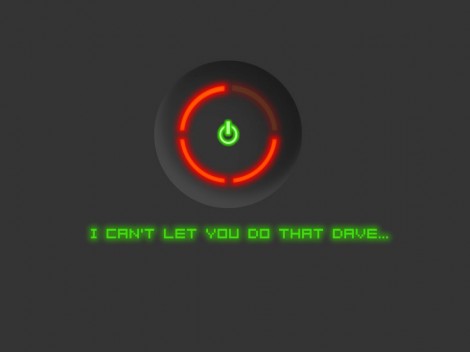 Know how many times I’ve had a problem getting a game to launch on my Xbox360, PS2, GameCube, Nintendo64 or Sega Genesis? Any guesses? That’s right. It’s nearly zero. The only times I’ve had trouble playing a console game have been when the disc is scratched or the entire system is broken. There are patches galore now, but they download automatically and I’ve never, ever had one of them lock my system up (although I understand that some patches have caused problems, I haven’t had to deal with any.)

Problem with no solution

PC gaming has a lot going for it – the systems can produce better graphics, often times the mouse/keyboard interface is superior and, if you’re into it, you can tweak your experience without tempting the Moderator-Gods from suspending your account (I’m talking about CS-type new level design/skins, etc. modding, not cheating, which is for douchebags.) Unfortunately, those same benefits create the exact same issues that are endemic to PC gaming – because of the wealth of different system setups out there, it can be incredibly frustrating to get a game to “just work.” That frustration is compounded by the fact that I’m embarrassed that I can’t make it work. I have an imaginary crowd of Uber-Geeks jeering at me for failing to do so and making fun of me for being the equivalent of a dumb jock: a console-only gamer.

[Ed. Note: I’m aware that I have just publicly admitted to being stymied by this problem and, thereby, increased the size of the popcorn gallery significantly]

With all of that said, I don’t want our PC’s to be identical clones to ensure every program works every time on every system. I love the chaos of the PC world, the problem solving and puzzling through the problem to come upon a solution, even if it requires insecticide. Still, when a game I’ve been salivating over, like Civ V doesn’t “Just Work,” and I’m baffled as to the problem, it reminds me why most of my gaming time is assigned to my console.

If anyone’s got any brilliant ideas as to why every time I try and launch Civ V, either directly from Steam or from the shortcut, in Direct X 9 or 10/11 mode, it shuts down before launch with a Windows “Oh, we’re sooooo sorry, but your program had an error and won’t launch but we’re not going to tell you why :)” I am totally open to suggestions. I will pay in beer and/or pizza. See? I told you I’m not unversed in the way of the computer geek.