Alexander Pope once said, “To err is human.” We all make mistakes, and the video game industry is no exception. Sometimes industry mistakes are ignored or even swept under the rug, making it harder for developers to admit a game’s flaws. In a recent interview with Gamasutra, Todd Howard admitted that The Elder Scrolls IV: Oblivion had its fair share of flaws. Howard even went on to admit that many gamers felt compelled to change their characters and start over after three hours of playtime. Howard’s admission makes me feel a little bit better about my created character genocide. However, it got me to thinking about some other games and developers that still owe us explanations. 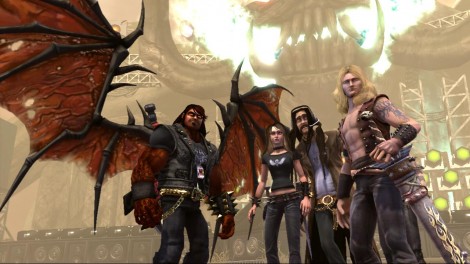 For my next trick, I'll change the genre of this game.

That wasn’t the brutal part

I will admit that I enjoyed Brütal Legend. I’m pretty sure that I enjoyed that game more than most… but it got a little strange. Brütal Legend was a great Zelda-style beat-em-up. The art style of the world was beautiful and using a guitar to fight off the demons of metal was a great touch. Unfortunately, the legend got lost in the fog. I’m still not sure why the game transformed into a real time strategy title in the last third of the game, not to mention the story came off the rails like a freight train. We all know that Tim Schafer is a great game designer… but I want an explanation.

Why in the hell did that game need RTS elements?! The game and story were cruising along just fine up to that point. I still don’t get it. Now, we know that Double Fine created a new engine for this title. So maybe the RTS portions were just so the engine could flex its varied muscles? I think there plenty of other, more effective ways to show off the power of a game engine besides introducing a huge genre shift. A cohesive and consistent game genre, and story is good enough. Genre confusion never leads to good things. Thankfully, though, the legend leads to a happy ending. Since Brütal Legend‘s release, Double Fine has produced some quality downloadable titles utlizing the Brutal Engine. Double Fine may have been self aware of the genre confusion present in Brütal Legend which lead to these great, focused downloadable titles, but we are still owed formal explanation as to why Brütal Legend took the bizarre J-turn that it did.

I am a huge fan of Rockstar Games and the Grand Theft Auto Series. I do, however, have a small issue with Rockstar. Why did GTA IV play it so safe?  I strongly feel that GTA IV was a step backwards from GTA: San Andreas. A lot of what made San Andreas great was the variety in the gameplay: it allowed you to do more than going on missions for various criminal and social deviants. There were many RPG elements that took expanded the depth of the game. I thoroughly enjoyed lifting weights and winning various gang wars, so naturally my expectations for GTA IV were high. I expected to see the same or similar elements implemented into the new title, but they were nowhere to be found. 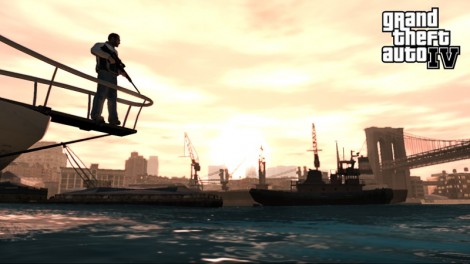 I never knew a city so large could feel so empty.

It’s a natural expectation to think that a strong, established series will only improve with each version, right? For GTA IV, my expectations rose even higher once Rockstar decided to make a new engine for their first next-gen GTA title. I can’t complain about the engine too much, since it did bring us Red Dead Redemption. But comparing the gameplay of RDR makes GTA IV seem even more shallow. I’m not saying that I disliked GTA IV, but most of the characters struck me as more obnoxious than usual and the story seemed to be a little lost at times. Why did the story build like Nico was going to wipe out The Lost only to have them disappear from the story? GTA IV got great reviews and its multiplayer was an experiment (later fixed/improved in Red Dead Redemption.) So here’s my question, Rockstar: why do you think this game fell short of GTA standards for San Andreas fans and what do you intend to do about it with the next GTA title? (I am well aware that this is a personal beef and I don’t care. I expect a lot out of my GTA titles and this did not deliver).

I hope by now that everyone knows that Peter Molyneux is full of hot air. You know that guy that overexaggerates the size of his fish? Replace “fish” with “games” and that guy becomes Molyneux. He loves to overstate the features that will be in his games, and, with no explanation (beforehand), the features are missing from the finished product. The first set of empty promises appeared during the development of the god-sim Black & White (which I honestly don’t know much about). He then went on to state that Fable would be the best RPG ever made including allowing your character to get married and have children. Well, he was half right, although having children did not appear until Fable 2.

Molyneux has a habit of promising the player will get to be highly influential character in the game world: your avatar is supposed to be able to change the entire world based on his or her actions throughout the story.  The scale of promised influence is never equal to what we technically get in the final product. While your actions always provide minor effects upon the world, it never remotely approaches the scale that Molyneux promises. This has happened with all 3 Fable games. We are always left a little short, which isn’t helped by Molyneux’s ambitious outspokenness. He once said:

“I’m trying to make Fable 2 the greatest role playing game of all time.. again.. but this time, I’ve learned from my mistakes.” 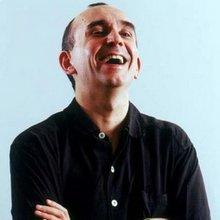 You still believe me?

We could sit here and attack Molyneux, but we need to realize that he’s a dreamer. In some ways, we should consider looking at ourselves as the consumer. Do we expect way too much out of titles, only to end up very disappointed? To say that Molyneux isn’t throwing gasoline on the tire fire that is the hype of his games would be an outright lie, but at times we need to be more realistic with our expectations. At the end of the day, Molyneux makes great games. The Fable series is fun, but we need to understand that Molyneux’s empty promises are his way of keeping us engaged in his titles. It’s an effective (and becoming borderline unethical) way of driving the hype train for his games. His reputation has left the industry saying “I’ll believe it when I see it,” but he still generates discussion, just in terms of whether he’ll finally deliver on his promises. We can find comfort in the fact that Molyneux is aware that he is a blow hard. While accepting his BAFTA award for his achievements in the game industry, he joked:

“I’m not over-promising, I’m over-believing. I always truly believe that this is going to be the greatest game of all time – I wouldn’t try to do it any other way. But now I’ve come to realize that, you know what? It’s all about the execution. You can be super-passionate, but you need to execute on it.”

It’s great that he is aware of his biggest flaw. I just hope that in the future, he does a better job of dictating the differences between his dreams from guaranteed features. If one day he can actually pull off all of his dreams and aspirations, he may create the greatest game of all time. I’ll believe it when I see it. 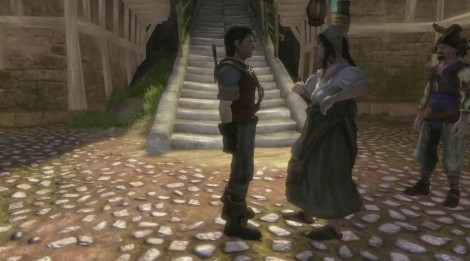 You need to bathe regularly before I consider marrying you!

Game design decisions can leave even the most stalwart fans scratching their heads. Why was the inventory system in Mass Effect 2 scaled so far back? Wasn’t the BioShock 2 story a little forced? Who didn’t call out the fact that Raiden was a terrible idea for Metal Gear Solid 2? My biggest hope is that game designers are truly learning from their mistakes because some of the industry leaders are only making us more skeptical. The lessons they learn should provide us with better games in the long run. Should is the key word here; I think we all know that some people never learn from their mistakes. After all, Two Worlds II exists.