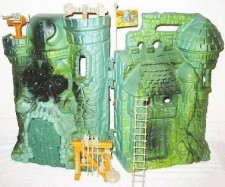 Was worth giving up for the SNES

Before I could spend my own money willy nilly and own as many consoles as I so desire (or can afford), I usually had to give up the previous generation in order to get the new hotness. I sold my original NES and all the games in a garage sale along with my He-Man action figures and Castle Grayskull to be able to buy the Super Nintendo. I sold the SNES to get the Nintendo 64 and sold the N64 and PSX to buy the PlayStation 2 on launch. I was always excited to purchase the next console and never thought about the ramifications of giving up the games that had such an impact throughout my childhood. When Nintendo announced the Virtual Console, it became one of the main reasons why I wanted the Wii. The ability to play those old favorites at a fraction of their original cost (I know ROMs are free, but I never liked playing them on the PC), was and is still highly appealing to me. Nonetheless, the execution hasn’t exactly been perfect, though there are some great games available.

The Positive Side of Wii

I never owned anything other than Nintendo game consoles until I bought the PlayStation. With the Virtual Console offering games from consoles such as the NES, SNES, Nintendo 64, Sega Master System, Sega Genesis, TurboGrafx-16, Neo Geo, and Commodore 64, I get a chance to play some of the great games I missed out on. Giving older gamers the chance to play games on systems they might have overlooked as well as giving the younger generation a history lesson on where the industry came from is simply amazing.

For the most part, the pricing is pretty reasonable as well. For the NES, games are $5 and SNES $8. Nintendo 64 games are a little pricier up to $12 but still absolutely doable. Sure, you could probably find all the systems and games at a flea market or antique store, but the ability to have all the games you love on the same console is a major selling point for me. Admittedly, I haven’t taken a huge advantage of the Virtual Console, but I have a nice little collection of games that I love. Right now I have: Super Mario Bros., Sonic the Hedgehog, Altered Beast, The Legend of Zelda, Super Mario 64, Secret of Mana, Chrono Trigger, and most recently Final Fantasy VI. I now own 3 out of 4 of my favorite Super Nintendo games of all time (The Legend of Zelda: A Link to the Past will be purchased shortly). I never imagined a day when I could legally own all these games without paying an outrageous price to get the original copies. Despite the waning interest I’ve had for 2+ years in the Wii and its motion controlled games, my love for the virtual console has never wavered. Yet, it’s not as good as it could or should be. 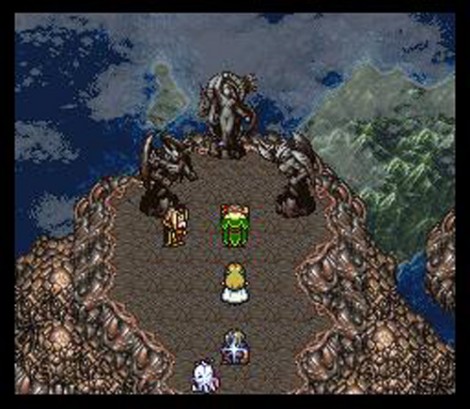 I'm doing a better job than Nintendo at promoting this.

Imagine you wanted to see Transformers 3. Then imagine there being no advertising for the movie outside of the main website or an email Paramount sends out to different movie focused websites and blogs. On the outside chance you actually find out about the movie coming to theaters, when you go to your local theater, it takes you awhile to find where it is showing, especially if Transformers 3 has been out a few weeks. That is basically what the Virtual Console is. I consider myself well-informed about the video game industry. I spend a lot of time sifting through industry-related news from multiple outlets. I should have known that Final Fantasy VI was being released last week before the day it was actually released. There were rumors of it happening, but nothing set in stone.

We knew about this game almost 2 years in advance!

But it didn’t really matter if I knew about it in advance or not. I was going to, and did, buy Final Fantasy VI on the day of its release. I would have liked to know that it was coming out beforehand, but it didn’t matter in the end. However, in the rest of the industry, games get hyped up beyond belief in the months preceding release. The new Tomb Raider game was on the cover of Game Informer almost 2 years before it is supposed to come out. Building the hype builds excitement about the game. It gets people talking about the game.  That excitement gets shared with friends, and then with friends of friends. The more people that hear about a game, the more likely those same people will buy it.

Why couldn’t Nintendo start the hype machine when it signed the contract to release Chrono Trigger and Final Fantasy VI? There could have been a month devoted to Square Enix games in anticipation of the release of arguably its two most popular games (outside of Final Fantasy VII). Take a cue from Steam and put games like Secret of Mana, Final Fantasy, and ActRaiser on sale. Or bundle them up… though I don’t think the Virtual Console has the ability to do this. Make gamers aware of the great games available on the console. Sure, the Wii is dying or dead as it was originally intended, but I’m sure there is still an opportunity to sell consoles to older gamers who want their cherished games of old back in their possession. Push these old games to the younger generation. Let them know about the great history of Nintendo and Sega. Educate the youngsters that there is more to gaming then Call of Duty. And, even though I’m partial to the RPGs of Square Enix, there are a ton of games out there that might be more interesting to kids.

All in all, I love the idea behind Virtual Console. I even love the games that are available. I just think that Nintendo could be doing a better job at promoting its existence. Make it better known and more gamers might be driven to your service. Oh, and make it so the Virtual Console will be transferable to the Wii U. Playing these games on the next console with that fancy new controller would be nice as well.