Huge win for the industry this week as the Supreme Court ruled against California’s violent video game sales law. Hopefully, with all of this recent validation, the video game industry can actually do something with the spotlight (at least they didn’t notice Duke Nukem Forever). We focused our editorial efforts on unveiling 2 of the Mario Madness games this week in preparation for the Horrible Night Out this Friday.

Every day we are on the look out for the most interesting news items in the gaming industry. Some make it on the site as headlines, and the articles that just miss the cut end up in the Shiny Objects feed which can be viewed here (or on the sidebar of the site) and subscribed to here. This Tuesday we recap the shiniest of the objects, and our original articles from the previous week. 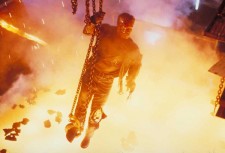 Cave Story 3D delayed until November – Joystiq
Damn. This was a borderline system seller for me.

World of Warcraft goes free-to-play until characters hit level 20 – Joystiq
I’m sorry, I know it’s only level 20, but see free-to-play that close to that name is still weird.

Sony’s Stringer Asked To Step Down By Shareholder At Meeting – GameInformer
Someone had to fall.

Steam Summer Sale is Here, Your Summer is Over – Piki Geek
Gods save us

Zynga Files IPO, Also Known as the Path to Billions – Giant Bomb
Hate ’em or not, their success is impressive.