Meanwhile… we’ve actually been playing games. Each week we recap our recent gaming experiences and tell you what we’re looking forward to, so you can use your time more wisely than we have. Lots of new games on the list for the first time in a while. We’ve found experimentation to be a good thing especially when it includes demons, zombies, co-op, and stylized post-apocalyptic settings. 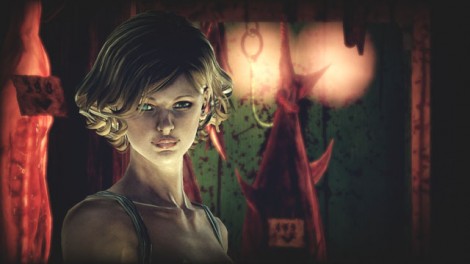 All over a woman.

After I finally just shelved Alice and Hunted, I wanted to have some fun and all signs were pointing toward Shadows of the Damned. From the opening scene on, I’ve been playing that game with the dumbest grin on my face. It’s about as survival horror as the newer Resident Evil games, but just a lot more fun to play. The story is much looser, darker, and immature. But the game has a sense of humor about itself, and that’s what pulls it all together. It has some rough edges, but the core is just about perfect for a gamer like me who loves third person action games. Someone finally helped Suda 51 not only put together a unique experience, but a great game.

Elsewhere, I’ve been planning random amount of Advance Wars: Days of Ruin, completely attributed to my interest in Trenched. Which is funny, because I haven’t played much Trenched at all. Which just goes to show the convenience of handheld games. If I’ve been at my console, I’m playing Damned, but if I can’t sleep I grab my DS and play some Advance Wars. Pick it up, one battle, put it down, still can’t sleep, one more battle, dammit, it’s 4am. 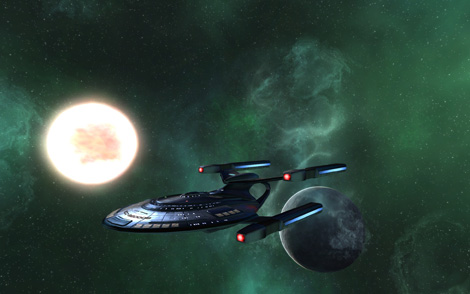 Less lonely than it looks.

The Summer of Backloggin’ begins!

All the recent InFamous buzz finally got me to fire the original back up. When I first bought it, I got a bad case of early game burnout and shelved it a couple hours in. This time I’m having so much more fun. Sometimes you’re in the mood for a game, sometimes you’re not.

This is the time of year when my stable of co-op gaming buddies is at full strength. Trine, Dead Rising 2, Army of Two: the 40th Day, Rampage World Tour and Sanctum have all seen play in the last week. I swear, we can have fun playing anything together. Quality be damned! Just add co-op to your game, shit or not, and we’ll find a way to enjoy it.

Speaking of which, Star Trek Online is back in our rotation. As a MMO, it’s mediocre at best. As a five player co-operative game, it’s the bee’s knees. Granted, I’m a bit of a Trek nerd, so I’m going to overlook the game’s shortcoming more than the average player. However, my cohorts are not huge fans of the shows and still manage to have a great time. This is mostly due to the fantastic space combat and diverse story missions.

Next week, I’ve got Shadows of the Damned and Hunted: The Demon’s Forge lined up. I’ll also play some more Project Zomboid, which in the brief session I had with it last weekend taught me that zombie bites, other survivor’s shotguns, starvation, and house fires are all common causes of death in the apocalypse. 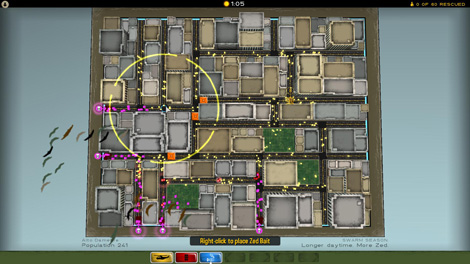 Does it have street view?

I’ve been anticipating Trenched for quite sometime and after an all night playthrough to completion, I can honestly say I wasn’t disappointed. I won’t go on about it since my review is up and I talked about it for a while last night on the podcast, but pick up up.

Atom Zombie Smasher has been the surprise hit of my current gaming and I’ve put over 17 hours into what amounts to a relatively simple game of rescuing citizens from zombie infested cities. The big catch is the difficulty and fun that comes as a result. It’s actually fun to replay levels after failing time and time again. Even though there isn’t much in terms of real life zombie research to reference, the makers of the game did a pretty decent job of simulating what an undead invasion would be like.

Gaming has been light due to a work conference, but I hope to catch up before training for the Tough Mudder takes over my time. 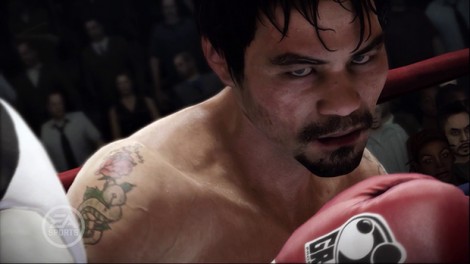 Punch him for being pretty.

Shortly after our last Meanwhile, my girlfriend pointed out that the triathlon that we’re doing in August is a little over a month away. Since I would prefer not to drown or embarrass myself, I decided I needed to get serious about training and set about to do that, which has cut into my gaming time. And waistline. Still, I did manage to wrap up Crysis 2‘s single player campaign, which was one of the best I’ve played recently (on par with Halo: Reach and Gears of War 2) and I’m bummed to hear that it’s not gotten a warmer reception. The crazy scientist (Gould) who looks exactly like Gordon Freeman with salt-and-pepper hair coupled with the Half-Life-esque exposition & silent protagonist (along with an invading bio-organic alien force) made me chuckle quite a bit and, again, wonder why this game wasn’t a bigger hit. After killing the last of the Ceph, I was excited to get into Fight Night Champion… and immediately pissed at EA for screwing up the intuitive control scheme they had developed in Fight Night Round 3 and for a poorly designed control-map in the (digital only) instruction manual. Hey, guys, guess what? An arrow showing NW and an arrow showing NNW are not only really difficult to tell apart if there’s no NSEW axis, it’s even harder to do when you’re fighting, trying to dodge-jab and instead you throw a straight, you know? Anyway. The physics and commentary are still outstanding, but the control scheme leaves a lot to be desired. The new story mode is kind of cool, though. 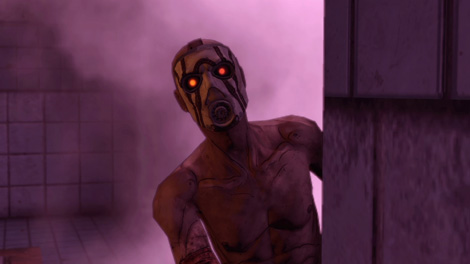 I’ve been playing a fair amount of Borderlands this past week after Mr. GiffTor was kind enough to let me borrow it. For someone who hasn’t played the Diablo or WoW types of games the loot can be overwhelming. That’s where I stand at the moment, overwhelmed. I’m enjoying the game and love the art style. Hopefully I’ll get to the point of having it be one of my favorite games of 2009, but there is still a ways to go.

I’ve also been surprisingly drawn in to the single player aspect of the Showalter title, Section 8: Prejudice. It’s an extremely fun little first person shooter that I didn’t think would be that great. I hope future $15 dollar games aspire to be like S8: Prejudice.