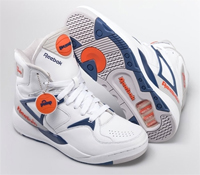 In the materialistic world we live in today it’s easy for someone to slip in between the cracks of popularity and fall completely out of style. Your only hope is to hit up garage sales and play it off like you bought your threads new. You look forward to each holiday where you have a chance to unwrap your one name brand outfit for the year, or maybe even a pair of current Air Jordan’s that all the cool kids are wearing. You turned to video games because it allowed you hide from a society who judged you for wearing Voit pumps. Does any of this sound familiar? If it does, then Sony has something for you. Live the life you always wanted in PlayStation Home. And thanks to the recent hacker parties, you could also get 100 free items to get you going.

Is this a game?

Yes and no. Home is a social gaming network created by Sony exclusively for the PS3 where gamers can come together and get their swag on. As to what you actually do in there, it’s entirely up to you. You can walk around, chat, party, dance, and even do a little gaming on the inside. It’s been around for a while. Yet, even though it was revealed in 2007, it’s still in beta. I guess they’re taking after Google’s approach with Gmail. That isn’t a bad model because all you have to do is say, “If you have a problem with it, stop bitching because it’s still in beta.”

You start off by creating “you.” Home actually has a pretty involved customization utility. For me, it was on the edge of being too complicated – where I didn’t really feel like spending that much time with it. That’s why my avatar ended up looking like a mix between Tommy Lee and Ron Jeremy. 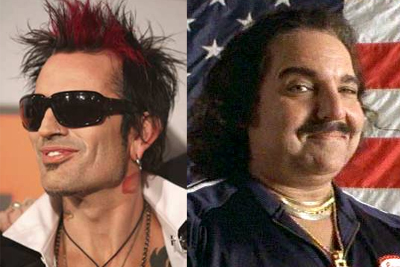 Let’s be honest.  Most people either can’t come close to or don’t want to match themselves. Isn’t the point to make yourself better? Once I got into Home I found this to be true. Either Sony has the most attractive user-base on the planet or most people are wearing pretty nice disguises.

Once you get your features set, you have a plethora of clothing to choose from. Even name brands are selling their clothing in here, so you can get that pair of Diesel jeans you’ve always wanted but could never afford at a much lower price. You can dress your fake-you better than you could ever dream of dressing yourself.

The first thing that popped in my head when I entered home was that I’ve been here before.  Only… it looked crappier and had more naked people running around. Home basically looks like a re-skinned, PG-13 rated version of Second Life. However, my first impression of Home was slightly different than Second Life. I didn’t have someone run up to me within the first 10 minutes, hand me a penis, and ask me to put it on and go somewhere with them. Oh well, I guess it is still in beta. Maybe we have that to look forward to in version 2.0. 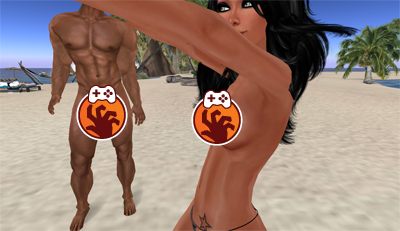 It could be worse.

One aspect that I did find appealing in the Home world was the gaming side of it. I ran into an arcade that had a few simple games you could play for free. Home also has the capability of housing larger games. Sodium 2 is one of the “bigger budget” titles you can find inside and it’s free, as well.  It comes with single and multiplayer support and even has some pretty impressive visuals. It reminded me a lot of Wipeout HD with a little less polish. If more developers took advantage of this, I think that Home could be a pretty cool place to check out some Indie games. Major publishers also have their own areas where they’re adding bonus content and mini-games, if you’re into that sort of thing. They also have the ability to add in-game specific functionality which could be interesting, depending on how developers take advantage of it.  It might be worth checking out if you’re a fan of a particular franchise like Resistance or Resident Evil.

The major thing that keeps me from getting too involved with Home, aside from the fact that I’m an antisocial gamer who barely even gets into Facebook is that micropayments are used for just about everything. For instance, one of the free items you got in the “Welcome Back” promotion is a mansion-garage. Sounds cool, right? Well, I set up a space and teleported to my mansion garage. It really was a nice garage. But it was empty. Who knows how much I’d have to pay to fill it up with cool stuff? I guess I could put all my free stuff Sony gave me in there and have the exact same garage as the other 70 million PSN users have. So much for individuality. Anyway, I walk outside of my garage and to my surprise, I have a mansion too. Very cool. I walk up to the front door, but before it’ll let me walk in I have to pay $15. No thanks. I imagine though, that $15 is chump change for mansion-buying for your new-and-improved self for some people. 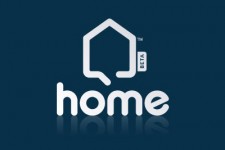 I’ll be honest, I’m not quite clear what draws people to any virtual world like this, but apparently there’s something there because, like Second Life, Sony is making a killing off of Home and will probably continue to do so. All I can say is that if you have disposable income and are bored with your current life, you could definitely start a new one inside of PlayStation Home. Good luck with the new you.

WTF Is This – It’s weird, it’s game related, you should probably look away, but we’re going to look at it anyway.