On Monday, the United States Supreme Court published its opinion in Brown v. Electronic Merchants Association that California Assembly Bill 1179 (2005), Cal. Civ. CodeAnn. §§1746-1746.5 (West 2009) (originally signed into California law by former Governor Arnold Schwarzenegger), which prohibited the  “sale or rental of ”violent video games” to minors, is in violation of the First Amendment to the United States Constitution.

If you’re interested in some light reading on the details: 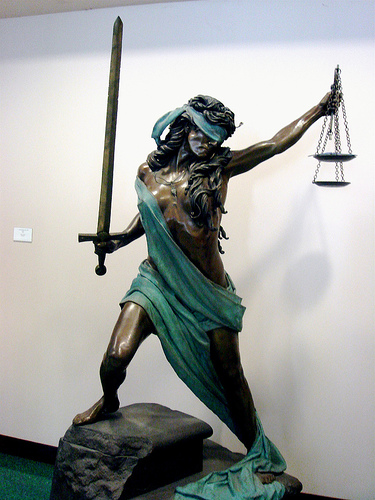 I’ve heard that most people who want to become lawyers do so because they have this drive to become an attorney for one reason or another – justice, politics, obscene amounts of money, masochism…In truth, I went to law school because having just my liberal arts degree meant being poor, having a crappy job and living with mom and dad. Still, there was something that got me interested in the law in the first place…and I know exactly what it was. It was being a high school journalist and learning about student journalists and how the protections of the First Amendment applied to high school journalists, particularly under Tinker v. Des Moines and Hazelwood v. Kuhlmeier. I still donate to the Student Press Law Center because it was their information that first got me really interested in the law. One of the cases above, Hazelwood v. Kuhlmeier, restricted student journalists’ First Amendment Protections and Justice Brennan’s dissent had a closing line that I still remember verbatim:

The young men and women of Hazelwood East expected a civics lesson, but not the one the Court teaches them today.

If you’re out there and were looking for a civics lesson on Monday, you got one and hopefully it was the one you were expecting to get – the United States Supreme Court has issued some doozies in the past that show just how capable of fault it is (Dredd Scott v. Sandford comes to mind), but in general, it does a pretty good job of protecting citizens from laws and regulations which violate their protections.

The premier protection is against government restriction of “speech,” which goes beyond vocalization – it is the expression of ideas through worship, assembly, the press, public discourse and yes, everyone’s favorite, petitioning the government for redress of his grievances. Monday’s decision did a lot of things, but perhaps the most important is that the Court (in an oddly diverse majority opinion: Scalia, Sotomayor, Ginsberg, Kennedy and Kagan; Alito and Roberts concurring with Thomas and Breyer dissenting) reaffirmed the fact that

“As a general matter,…government has no power to restrict expression because of its message, its ideas, its subject matter, or its content.”

If you’re new here, you should know that Horrible Night is a big supporter of the ESRB and age-appropriate gaming while at the same time being staunchly behind games’ (almost comprehensive) status as expressive works of art deserving of Constitutional protection, so we consider this a big win.