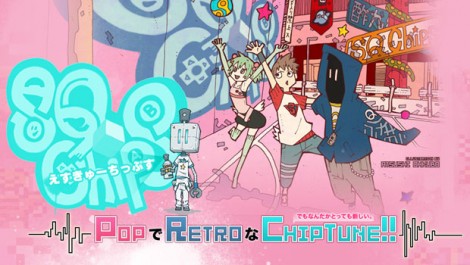 A couple of weeks ago I mentioned that Square Enix was going to be releasing a 20 disc! Mana soundtrack. Well, that’s not the only soundtrack Square plans on releasing this year. On September 9, Square will be releasing what they are calling SQ Chips. It will be a chiptune flavored soundtrack set consisting of music from the Final Fantasy series, Unlimited SaGa, Chrono Trigger, Mana, Brave Fencer Musashi, and more.

Each of the songs from the games are run through a retro filter to become 8-bit chiptunes. Some of us have quite the affinity for the chiptune genre, so this disc will definitely be on our wish lists when it comes out on September 9. Gaming fans can order it from the Square Enix eStore, Sony Music Shop, and Amazon Japan. No word on if it will be available on North American e-shops, but you shouldn’t have a problem buying it from the stores mentioned above.

This new album is a follow-up to an album called Chill SQ, which consists of 7 tracks from different Final Fantasy games and Front Mission. It’s listed as a dance album but I’m not sure how often it’s played in the clubs. So if you can’t wait until September for a different take on music from Square Enix games, pick that one up to whet your palate.

September is shaping up to be a great month for Square Enix soundtracks, so save your gil.