Despite E3’s less than exciting showing this past month, the one thing that struck me about the conference was the directions game were going. We’re on the brink of the next generation and the quest for immersion has taken the idea of gaming to an unprecedented level of realism. On top of that, developers have already expanded their reaches to the casual market with the Kinect, PlayStation Move and the Wii, all of which have taken gaming from a stationary experience to one that involves the full body. Friends, we’ll be knee deep in virtual reality before we know it, and that scares the hell out of me.

I used to think of myself as an advocate of sorts for virtual reality. My childhood experiences with a low tech VR booth at an arcade in Indianapolis is so deeply ingrained in my memory that I get a little depressed every time I walk by the relatively sparse location now. Despite the tech associated with games jumping leaps and bounds since that time, virtual reality has been a no show for the most part and those booths I remember so fondly are nowhere to be found. The lack of virtual reality opportunities pissed me off a few months ago, but just recently my opinion has changed quite a bit. My old friend, paranoia, coupled with a few news items made me steer clear of any hope that VR would be a beneficial technology to introduce to the masses. 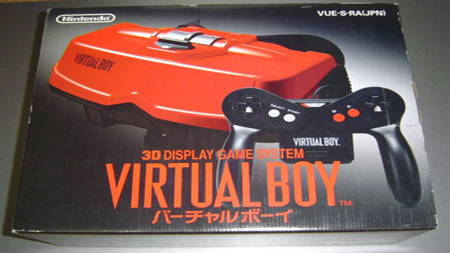 Not exactly the experience that scares me, unless I'm horrified by motion sickness

I had a dream the other night that I was a super hero with access to a KFC buffet 24/7, a dream that I was quite disappointed to wake up from. Despite constant day dreaming about fighting crime and an affinity for the Colonel’s delectable chicken, the reality of the situation is that living out either of these fantasies would be detrimental to my lifestyle. That’s the great thing about rationalizing choices, your common sense tends to win out (or it does now, I can’t speak for my high school/college years). Yet, what would happen if living out my fantasies had no adverse effects on my life, no consequences for full on immersion into these vigilante themed deep fried shenanigans? Not possible, fine, then what would happen if I didn’t have to wake up from my dream?

Video games are more than capable of supplementing one’s life with scenarios that rarely present themselves in day-to-day activities, but even with surround sound and 3D imagery, they lack the power to completely steal most people away from the important responsibilities required for maintaining a person’s status in society. Developers have yet to incorporate all five senses, but every day they get closer and closer. Sight and sound are givens, rumble features and motions controls are working towards realistic touch, heck we even ran a story back a few months ago on smell-o-vision. Dracula’s parts are being assembled, but do we have the golden stake to adequately face off with him or will we succumb to his power?

It’d be easy to reference the many tales of MMORPG players losing touch with reality and falling deeper and deeper into virtual worlds, but I believe that these examples, like any unhealthy lifestyle choice, are the result of a person needing something that the real world can’t give them, such as social interaction or stimulation. Yet, these individuals aren’t the only humans in this world longing for something they can’t get, or can’t get enough of. Like I said before, games can only supplement small desires at this point, but as the senses are more adequately incorporated and reality is further blurred, that supplementation could easily become replacement, and virtual reality holds the key. 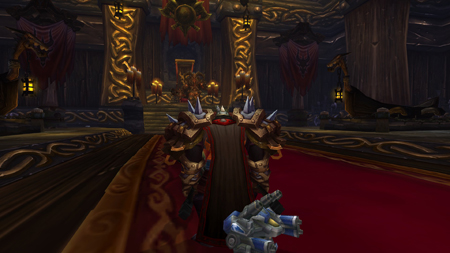 Not having access to magical weaponry tends to bum folks out

Sure, it’d be awesome to climb into the shoes of Marcus Fenix or Gordon Freeman and experience, truly experience, their stories first hand but would we be able to flip off theswitch when life came a knocking? I assume people would still have to work to be able to afford VR, but that doesn’t protect their personal lives from being infected by a source of entertainment that gave them the world with minimal effort.

If all hell breaks lose, rely on time travel

I see virtual reality gaming being not unlike Skynet but with less direct ramifications for society. It’d be a slow burn, but one that could spell disaster  for multiple industries. The movie biz would collapse once people realized they didn’t need to be forced into a storyline. I assume most game developers would congregate around VR as they do with any new technology, but I imagine indie studios would struggle. Tourism would take a huge hit because whole countries (speculation at this point) could be recreated and explored at a fraction of the cost. Real life would never be as good as VR because humans want full control, and reality is unpredictable.

However, industry isn’t the biggest concern, the very human interaction that is already being diluted with technology today could become non existent. Who needs the possibility of rejection (a giant fear of many many people) when virtual friends and lovers wouldn’t have the option to say no? It’s undeniable that the way we relate to each other has changed since the introduction of the internet, mobile phones, texting, etc, so nothing I am stating here is new. Humans can be replaced (look at automation) and the attributes that are tough for science to recreate are becoming easier as time progresses (just look at the fleshlight…NSFW by the way so I won’t link it but the idea is hilarious). 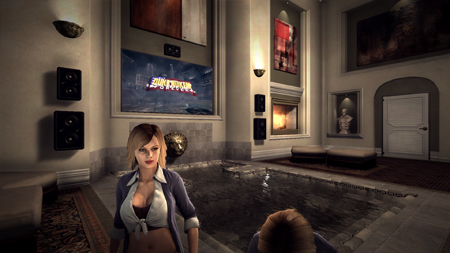 Yeah, not really sure that taking out the trash resonates with me right now

Even if we can protect ourselves from the tantalizing draw of virtual everything, we can’t always protect ourselves from others. Everything about a person is on the internet, and exploitation is rampant. Hackers and identity thieves can get access to your financial records and medical history, but what if they had access to your mind? For full on immersion, there would have to be a direct way for a VR system to link directly into your brain (The Matrix), which means that all sensations would be recreated in the very place they derive from in reality. Something goes bad, you’ll feel it and while fail safe components would have to be in place, that doesn’t prevent a shady character from taking over.

Perhaps, I’ve watched too many movies, but you can’t deny that the pieces are coming together and the very exciting idea of VR is quite possible, and quite terrifying. Games have introduced technologies never thought possible, but like a loved one that’s been infected by a zombie, we may need to shoot them in the head at some point to prevent a catastrophe. We’re not quite ready for picket lines or petitions yet, but think twice before plugging yourself into a machine that promises everything because you just might start liking its power over you.