I buy a lot of games. Probably too many. Most of the time I go into each of my video game purchases with a enough knowledge about the game to feel confident in dropping some cash. From a collector’s perspective, even if the game isn’t great, but it has a unique feature that makes it stand out, I’ll keep it in my collection. However, I’ve had a string of bad decisions lately, leaving me with a handful of mediocre titles that I’m giving up on. It has made me question my buying process and left me frustrated at these games’ failure to live up to the expectations I had for them.

Historically, some of my more memorable gaming moments have come from taking risks with my wallet. Whether it was a game with mixed reviews or a game I could only find one article on, I realize most of the coverage out there is subjective and I do my best to interpret what I’m reading to see if the game matches my interests. I never would have stumbled across E.V.O. or Cubivore on my own and, had I gone completely based on critical opinion of the industry or my peers, I wouldn’t have played them. Yet, personally, they are some of the most blissful gaming experiences that I can remember. Each discovery fueled me to take more risks and branch out to other genres I despised. I remember when I resisted Warcraft III, but the art style and world became so intriguing that I eventually gave in. Of course, I ended up spending years of my life with the franchise later in WoW, all because of the original hook that I gambled on.

It soon became normal for me to find a single standout feature for a game that would make or break my purchase. The characters of Earthbound, the soul sucking action of Soul Reaver, the setting of Red Dead Redemption, the trash talking of 50 Cent: Blood on the Sand and the strategy of Monster Hunter Tri. At one time, all of these games that I now love for different reasons were purchases that I talked myself out of. None of these games are ones that I’d necessarily recommend to everyone, but they were great to me and hit home at the core of why I enjoy video games.

Unfortunately, these great experiences have led me to have a bit of an overconfidence in my game buying abilities of late. The reward of having so many past memorable moments has made me cocky. The risks actually paying off has caused me to avoid game rentals or even buying used games in recent years. I’m starting to waver though thanks to a recent flood of unremarkable titles that once stood apart from their competition.

Not who I thought you were

Without going into the issues of specific titles, because honestly I still have hope for a couple of the games I’m currently playing (hang in there Alice and Hunted) and this issue can be applied to most games out now, mediocrity is tougher to spot than it used to be. Thanks to the permeation of 3rd party game engines and the overall maturation of the industry and its developers, the definitive features that used to knock down games from greatness are less striking. Broken and unplayable games with unusable controls have been weeded out by industry standards. So, unless the art style sets it apart, we have a lot of games out there that are technically sound but just use tired game mechanics. Trying to find a game with a soul or a gameplay hook that doesn’t get tired after a few uses isn’t something that can be discovered through reading previews or watching game trailers. It has to be experienced, and unfortunately, it is easy to hide until you spend a decent amount of time with the game before you realize, “Oh, that’s all there is to this one.” 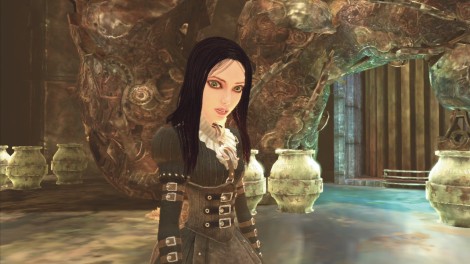 Don't say it, you'll ruin everything.

Whether you buy games or rent them, the fact remains that the amount of game time we all have is finite. My allotment seems to be getting smaller by the week, and my patience with mediocre games is wearing out. Unfortunately, this is in direct competition with my desire as a collector to discover a few hidden game gems out there that no one is talking about. What I’m left with is a developing stubborness to see games through that normally I would have dropped much sooner. After you’ve put 5-7 hours into a 12 hour game, it is hard not to want to see it through to the end, but with each repetitive moment the game only gets more disappointing or average.

The big budget pretenders are getting sneakier, too. The best recent example of a game I didn’t pull the trigger on was earlier this year with Homefront. A game with a tremendous amount of hype surrounding it as a fresh new shooter with a story. Turns out the game isn’t as bad as it was made out to be, but it did still fit my definition of mediocre in an already crowded genre. On the other end, the promising underdogs just aren’t panning out. These games are by up-and-coming developers that I want to support. Their trailers flaunt their uniqueness, but can mislead gamers into expecting a certain type of gameplay experience while delivering another, a’ la Brutal Legend.

I take my game purchases personally and can’t help but wonder where I’m going wrong when multiple games in a row just don’t pan out as I expected or was promised. Either game marketing is getting more savvy, or I’ve finally started casting too wide of a net. Be wary out there shoppers, do your due diligence and keep an eye on the details. The great games are still out there, and some of the best still aren’t covered in the everyday headlines. However, the wanna-be’s are looking better with every release and they are getting smarter in all of the wrong ways.