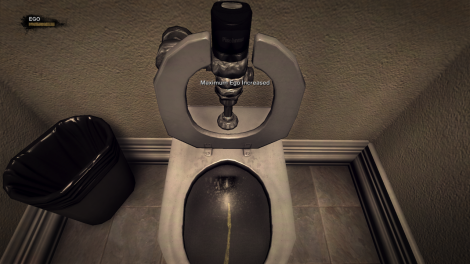 After 14 years of a tumultuous development cycle, Duke Nukem Forever has finally been released. While we are a bit fascinated with the Duke Nukem Forever saga, we’re sad to see it end. So, we need a new saga. Who is the next 3D Realms and what developer/franchise is the next “great” game that will never come out?

I think the reason I got interested in the business side of the industry had to do with all of the loudmouths that were failing. John Romero and Daikatana put a face/name with the side of the industry I knew nothing about. Right about that same time though, Duke Nukem Forever started its long development process. I’m not really sure if the industry can or would support a bloated project like that again.

Then of course you have The Old Republic sitting out there with a budget that has employed most of the city of Austin, TX . The story isn’t written on that one yet, but it may have taken the king’s crown for now.

I think that it’s tough to find scenarios like this nowadays because the opposite situation (games coming out too often) is equally annoying and very prominent. I think it was more likely for cancelled games  back in the days that DNF began development because games were just gaining ground at that point.

The monk and the scoundrel do some business.

Valve and Blizzard are notorious for long development cycles, but they always come through in the end (or at least we hope they do) but games like Diablo 3 and Half Life 2: Episode 3 (or Half Life 3) are the closest games I can think of that people are really anticipating and thus fit somewhat in the category of possible DNFs. A simple slip up in either one of those companies could create a similar scenario because 1.)fans are super fans of the games; 2.)a lot of hype; 3.) unknown release dates; 4.) last generation IPs; and 5.) a large stable of competitors that improved upon the marquee features that defined the awaited games. Obviously Blizzard and Valve are huge and have good reputations, but like I said, all it takes is a simple slip.

Well surely, no development story will match Duke Nukem Forever, but there have to be a few developers out there getting ahead of themselves. Maybe it is that we don’t see the results, instead we get half finished games like Kane & Lynch :)

Boy, I don’t know that I see that kind of thing really happening much anymore. I think one thing that really screwed DNF was that new engines were popping up all over the place and, at the same time, PC and console power was increasing at this absurd rate. Keep in mind all of the new technologies that have either come out or come down in price significantly since the beginning of the DNF development cycle: multi-core processors, super-cheap storage space, Blu-ray, 64 bit architecture, whatever super-technical development kits some of you guys deal with…I’m not going to offer an excuse for 3D Realms, because sometimes you have to bite the bullet and produce something, but I kind of think they got paralyzed by all that was going on. That said…I think I first read about Aliens: Colonial Marines in detail like 4 years ago? There was a 5- or 6-page GI article and it might have been the cover story. I know Sega says it’s been moved to the front burner but… 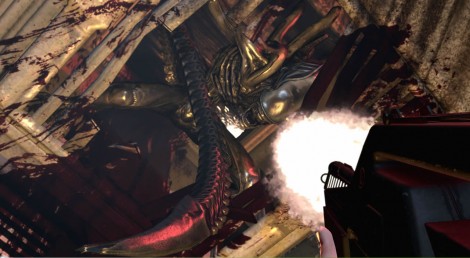 As far as Blizzard and Valve, I’m not entirely sure what separates them exactly, but I’ll try to list out what I see. 1) Blizzard’s games have incredible replayability. As I mentioned, my brother’s still playing Diablo II; 2) Blizzard has had World of Warcraft going for quite a while now, so its name stays fresh and out-front – people don’t think of it like 3DRealms, who turned out some fun, early games and then was known for one thing: DNF, which “was coming out soon!”; and 3) Valve does have long development cycles between Half-Lifes, but it has turned out the Orange Box (which included Portal), the Left 4 Dead series and Portal 2 all whilst running Steam. Again, like with Blizzard and WoW, no one’s thinking, “Oh, Valve. Right. They’re the one-trick-pony who has been working on Half Life 3 for like 7 years.” I guess it seems to me like the premier developers who have been around the block have survived because they either learned a lesson from 3DRealms in not being associated with one vaporware product or because they know beating the drums over one perfect/great selling game/series is stupid – it doesn’t work (Guitar Hero. Cough. Modern Warfare. Cough). And some of the other houses who are much younger (e.g., RockSteady) or less prolific (Bioware) seem to realize that there’s a balance between wanting to craft a great product by sticking to your vision and continually working on a product that you never release.

Allowing Valve to do whatever the hell it wants.

I agree, I just see them as having Duke Nukem-related risks associated with specific games, not the company as a whole. Both can afford to have longer cycles because of things like Steam and WoW supporting the day-to-day operations (as well as other titles), which 3dRealms didn’t, but that doesn’t mean products could miss expectations.

I feel like there are a lot of new studios out there that want to be the next Blizzard and Valve. Activision and EA have brought together several new studios through partnership programs with various talent and egos lately and I think the time is ripe for someone to fall on their face. You’ve got Bungie, Respawn, Treyarch, Sledgehammer and Insomniac, some of which are stepping out from underneath the watch of a first party publisher, and may not be so lenient with their timelines and budgets.

A more recent example, that didn’t have quite the infamy of Duke, would be Brutal Legend. Now, we all love Double Fine, but looking back on the budget of that game compared to how it turned out critically and sales wise? I can see one of these other developers getting in over their heads in a similar fashion.

Justin L., mentioned Star Wars: The Old Republic. That game has to be the one right now sitting on the top of the list. After spending hundreds of millions of dollars on development alone, and are rumored to be spending that or more on marketing, the game is going to have to be the most successful MMO ever to even try and make back its cost. Good luck, EA.

I think publishers definitely have a quicker trigger finger than in years past regarding a games development. Look at what happened to the yearly NBA game that EA canned last year. EA just ate the cost. There is no way that another DNF (did not finish?) will ever happen again, unless a small developer/publisher has an extreme case of hubris. That’s what did 3DRealms and DNF in, along with what was said above.

Like Ethan said, the thing with Blizzard and Valve is that they have bankable projects to go along with the “vaporware” they might be developing. The cash they have coming in more than sustains whatever the hell it is they want to do. As long as companies have the cash flow to operate the way they do, they can keep it up as long as they want.

I think that nowadays we are running into two habits from developers. Like Gifford said, there are devs that release games far too quickly and often. Then there are the developers that refuse to announce titles that fans want. I think when the Half Lifes are discussed, can you really argue the game is in a development cycle (correct me if I’m wrong)? That would be similar to me saying that Kingdom Hearts 3 has had a very long development cycle even though there has been no formal announcement of the game’s existence. Eventually, either tactic is going to backfire like Bugs Bunny’s finger in a shotgun. I think there are developers that do their timing just right. I think the way Bethesda has paced out the Elder Scrolls games and Fallout games is perfect and should be followed by others. The games stay fresh and I don’t get franchise fatigue. 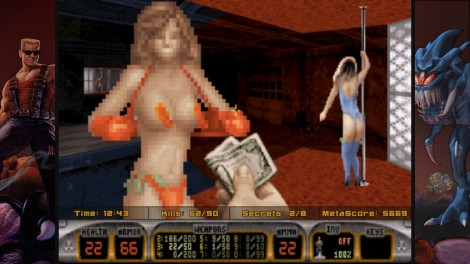 Iconic, but some of us never strayed from Doom II.

To be honest I don’t have much of a true opinion on this topic (shocker). I guess I am a consumer that will easily forget if a company takes too long with a title. As I think about DNF and how it relates to the history of gaming, I sit here and ponder if Duke is iconic or if the mechanics are what made the game memorable. If the case is mechanics, there probably wasn’t a need for a sequel to begin with. I guess my problem was that in 1996 when Duke Nukem 3D was released, I was still going to my best friend’s house after school to play Doom II. As far as I was concerned, Doom II was THE game to play on PC. I am sure that I played Duke at some point, but by then I was to busy with Resident Evil 2, NHL 94, and Worms 2 amongst others. Sometimes you just have to swallow your pride and throw in the towel and obviously 3D Realms didn’t know where that point was. It’s unfortunate for Gearbox to get a bad reputation with this game.

In the future I don’t see developers going down this path very often. There is just too much of a risk to the bottom line to take too long with a game. Keep in mind that some of the developers that we hold in high regard (Ubisoft) churn out their fair share of garbage (every game show Wii game) to keep the bottom line healthy. At the end of the day, we have witnessed video games become big business in the entertainment industry. 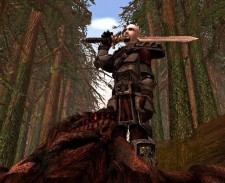 Could never live up to the hype... but still was released.

I just don’t buy it. I don’t think these companies have learned the lessons about when to let go of games or not over-promise on them. However, there are just two different outs for them now. Either the publisher calls it earlier and features are cut and the game is released (Fable series) or the game is just never announced (which is the must more savvy move). Now, I don’t think we’ll see another DNF, and for the industry’s sake, I hope we don’t see a prominent franchise end up with that fate in misplaced hands. But a big name developer is going to fall on its face soon. There are too many new IPs by too many freshly independent (or freed) developers out there; something is going to go awry.

And our fearless leader will be there, rubbing his hands in anticipation when something does go horribly, horribly awry. (Fun word, by the way. I used to think it was pronounced “AWE-ree” and never made the connection between the printed “awry” and spoken “ah-RYE”)

The bottom line is: Duke is finally out. But should it have even been released? Reviews are saying that it isn’t a good game but does that really matter? The long development cycle made it legendary in the video game universe and we may not see another game reach its Duke status ever again. But then again…we might.