From: GiffTor, Outside Efficiency Consultant
To: Midlevel, Mini- and Sub-Bosses
Re: Organizational Structure 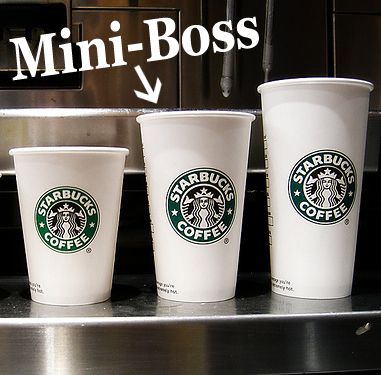 I’ve been brought in by management and tasked with taking some of your time today to discuss the proper natural order of things, specifically, the fact that you are all mid-level bosses yet seem either unaware or uncaring regarding your duties and responsibilities. If you’re uncertain as to why you’re included in this memo, you’re part of the problem. I’ve included some case studies for your review (below) and as a diagnostic tool to assist you in achieving appropriate mediocrity. To be blunt, many of you are either too big for your britches, flatly overstepping your bounds and overshadowing your superiors or thinly disguised clones of the average grunt-level cannon fodder. Your job description reads, and I quote:

Your duties are to function as opponent and obstacle to the protagonist’s quest. You shall typically appear within 10% of the midway point in a given level unless otherwise directed (i.e., directly before the final boss to alert the protagonist that the boss’s greatest minion is standing in his way). You shall be more formidable than the average opponent (degree of difficulty adjusted on a sliding scale commensurate with experience, pay rate, disability insurance, and capacity to inflict grievous bodily harm as determined by weapon load.) Under no circumstances shall your duties lead you to be, or appear to be, as tough as, or tougher, than the end-level Boss (your direct superior).

Abobo good at fight. Abobo bad at not being a reskin of Abobo.

Abobo, since it’s clear that you have difficulty with big words, let me sum it up for you and the rest of your moronic counterparts: you’re too big and bad and you need to tone it down or you’re going to be hit with a lot of hurty things until you do.

Very few of you come anywhere close to the flagrant policy violation as evidenced by Goro. He went out of his way to differentiate himself, not only from the rest of the in-game protagonists, but from Shang-Tsung, wizard extraordinare. While the rest of the Mortal Kombat Kharacters were mo-cap fighters and somewhat pleasing to the eye, Goro was not. Indeed, while some separation between sub-bosses and the normal, run-of-the-mill opposition is desirable, Goro went too far: he presented himself in stop-motion, as if Tim Burton would be allowed near such a hallowed franchise. (We shall not discuss the atrocity known as Batman). Such uniqueness will not be tolerated, particularly when it renders the sub-boss’s appearance on a level of creepiness approaching that of clowns. Further, although some allowance can be given for Goro’s extra-dimensional parentage and four arms, the unassailable fact of the matter is that his difficulty level, the highest in the game, was akin to swimming across the English Channel after defeating the entire French Army. Bad example, sorry. It greatly exceeded that of Shang Tsung, and is in direct contravention of his job description.

Lesson: If only gamers with cybernetic-freak-speed-and-reflexes can defeat you with any regularity and your superior is (literally) overshadowed by you, scale it back or you’re going to end up on the wrong end of a ninja robot assassin’s missile array. 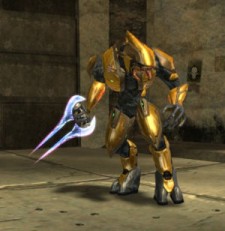 Gold armor does not a mini-boss make. However, it does make you a better target.

Although research has led me to believe that you have either been slaughtered by the UNSC and/or Spartan John 117 like a herd of cattle with McDonalds as its end-destination or joined your forces with the UNSC in order to combat The Flood, I feel compelled to refer to you as a modern day iteration of decades of poor mid-level boss behavior. In contrast to Goro and selected others, (see: Giga Bowser, infra) you… people took it upon yourselves to act as bosses without properly differentiating yourselves from your normal counterparts. Oh, the powers that be are quite aware that you took it upon yourselves to dress in garish colors and affix what appear to be a rack of extraterrestrial moose antlers to your helmets. Quite aware, I assure you. And they are not pleased. Their wives, with the thought of extraterrestrial moose antlers decorating their living rooms, are even less pleased.

With rare exceptions, few of you actually bothered to arm yourselves with weaponry sufficiently superior to your underlings. You made little effort to make yourselves appreciably “tougher,” as required by your employment contracts. While your shields were occasionally powered up beyond standard levels, where “standard” is equivalent to seran-wrapping yourselves in preparation for being violated by John-117, your greatest asset seems to have been easing target acquisition for Noble Team and the Master Chief as your white, gold or silver armor stood out rather nicely aginst the background, yet provided no additional protection. Further, most of you were not equipped with rocket launchers, detached turrets or anything making you particularly threatening. My God! The inclusion of twenty or thirty plasma grenades in your kit alone would have made you more formidable without surpassing the Prophet of Regret or 343 Guilty Spark, yet you failed in this duty as fully as you failed in wiping out humanity. It is likely best that your genetic code will no longer be present in the Covenant’s breeding records. 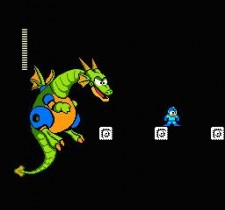 Too hard, too far from Dr. Wily. Damn you, mechadragon.

Although not as egregious of an affront as some of your predecessors who were simply given two- or three-times the normal hitpoints as the average grunt and haphazardly reskinned, your inability to meet the expectations of an acceptable sub-boss through clear differentiation from other characters and unique-but-not-too-overpowered weaponry makes you a prime candidate for…re-education.

Lesson: Logical extensions of the storyline may be used to dictate that mini-bosses aren’t of a completely different race/size than all other normal characters. However, they should at least resemble more viscerally frightening species rather than those two steps up from grunts (e.g., a scaled down Hunter).

Bowser, Bowser, Bowser. I suppose you serve as a dual lesson to everyone here – how not to be a sub-boss and how even the mighty can fall. First off, what “Giga” has to do with the fact that you’re huge and overpowered, no one is certain, unless it’s an attempt to one-up the “extreme” or “X” marketing craze. Secondly, while your “secret” appearance prior to the Final Battle does somewhat mitigate your violation of policy, the sheer fact that you are a gigantic, fire-breathing, spiny-turtle-dinosaur-thing and the end-boss is a somewhat unthreatening, white-gloved, disembodied hand wipes away all redemptive value of your “secretness”. Neither mimes nor marionettes are scary; dragons are. 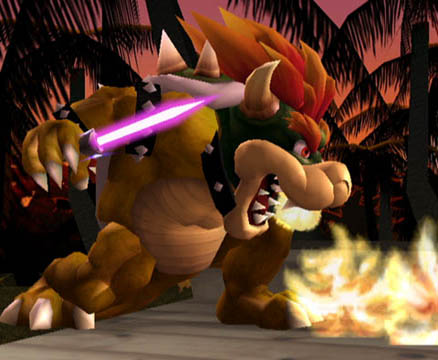 Lesson: Even if you are a temporary or secret sub-boss, propriety must be observed. Keep in mind that there is a delectable recipe for gigantic, fire-breathing, spiny-turtle-dinosaur-thing soup…and probably for your species, whatever it is, in the event that you shame your boss.

Despite the exorbitant fee that I am charging your employers, I do not have time to discuss the seemingly endless string of hero-mirrors who function as guardians to the last boss. Link has been cloned at least twice, as have Mario, Samus and Solid Snake, just to name a few. I understand that all of you would like to keep your jobs, but transforming into a shadowy/mirror version of the hero is not the way to go about it. You’re either pale imitations of the protagonist, absurdly difficult and surpassing the end-game boss or an obnoxious disguise that fools no one. In addition to it being a hackneyed ploy (and don’t think we don’t recognize a thinly veiled metaphor here, at least 42.9% of us are liberal arts majors) it’s a cheap excuse to avoid coming up with a unique, midlevel boss . We’ve all seen who’s inside of Lord Vader’s helmet if you’re on Dagobah, so don’t try to pull anything cute.

I’m certain that you recall me saying that you weren’t to be too unique in order to avoid overwhelming the final boss. That statement stands. However, I assume that you also recall the fact that you are not to appear as re-skinned footsoldiers unless extra care is taken to differentiate you from the groundlings. That goes for double when taking the role of the doppelgänger. The Cyborg can pull it off. Bowser Junior cannot and he’s been disciplined appropriately. Unless you have storyline and evil behind you, do not attempt to adopt this form or you will be sent to Bizzarro world as punishment. Eternally.

Lesson: In the unlikely event that you are capable of being as evil as the hero is good but without out-shining the end boss, feel free to attempt this. Otherwise, do not, under any circumstances, adopt a counter/mirror/shadow-hero as your mid-level boss form. 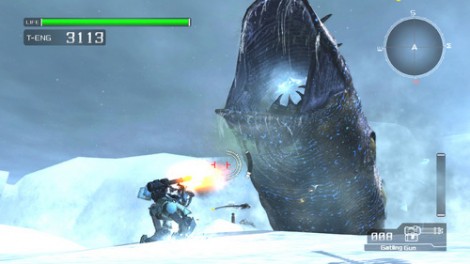 Regardless of how absurd the end-stage bosses are, you must never, EVER be larger than a 747.

I hope that this memorandum is helpful in providing guidance for your future roles as sub-bosses. Here at HorribleConsulting, we aim to foster efficiency, excellence and evisceration for all antagonistic organizations. In the event that you have…difficulties in integrating these changes, we will be contacting you for participation in our, ah, employee improvement program. Please direct any Scions you see to the large conference room at your earliest convenience.

P.S. – What horrible, mechanical grinding noise? I don’t hear anything and I’m certain it has nothing to do with employee termination.