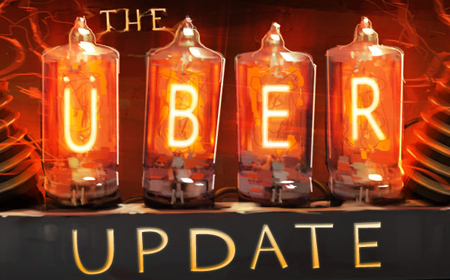 Team Fortress 2 may have been released in 2007, but that doesn’t mean that update news about the super popular game doesn’t moisten the loins of many gamers around the world.  Thursday, June 23rd will mark the beginning of what Valve is referring  to as the “Uber Update”, uber meaning ultimate and ultimate being an awesome adjective to add to the front of any subject (ultimate frisbee, Ultimate Warrior, ultimate pancake buffet).

Details are sparse, but Valve’s official site did describe a few items that will be included such as gear for the Spy and Heavy, a new payload level called “Barn Blitz” (it’s a level full of barns) and a “Meet the Medic” video (an introductory of sorts to one of the many classes found in the game). Valve kept mum about anything else (including details on Half-Life 2: Episode 3) but it looks like the content will be mostly class item oriented.

For those that have yet to take the game for a test run, there will be a free week of play available immediately so go grab it now!