This summer I have made it my personal mission to complete games in my library that have remained unfinished and collecting dust. I have a nasty habit of starting a game and abruptly stopping around the 10 hour mark. For no rhyme or reason, my ADD kicks in and I am on to the next game. Most recently, LA Noire and Assassin’s Creed II have been victims of my game mistreatment. It’s not intentional; at this point it is just habit for better and for worse, and I’m trying to find the cause. 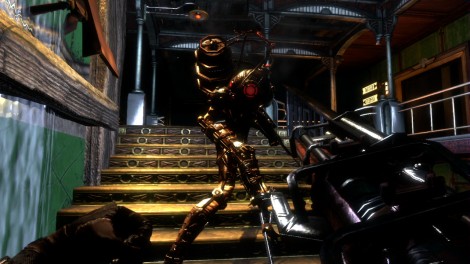 It's summer, you and your sister need to go out and play in the sun.

Trying to grind out a game from start to finish just doesn’t work for me. I can’t bring myself to try and digest a full game all at once. I usually end up burning myself out and I need to take a break. My breaks will last anywhere from a week to 6 months. Ironically, it seems like when I pick up a game the second time, I am about 80% through the game. Most often, I find myself going back to a game out of guilt. I feel as if I have an obligation to see a game through. At times, I will just stare at a game’s case and think, “Man… I should really finish that one.” At others, I will find that I appreciate a game more after a prolonged break. Prime example: BioShock 2. I don’t specifically remember what derailed me from BioShock 2, but I am pretty sure that a new release (Fallout: New Vegas) was the culprit. I really don’t know what I was thinking at the time as I walked into a going out of business sale at Blockbuster and found BioShock 2 at a ridiculous price. Unfortunately, I made this purchase with full knowledge of New Vegas‘s impending release date. Luckily I found my way back to BioShock 2, and I was finally able to complete my second adventure to Rapture just last week. When I was all said and done, I really enjoyed the game. I will admit that I put this game down for over 6 months, and I think that putting this game down for so long made me enjoy what BioShock brings to the FPS table. I know the story was not as strong as the original, but I was reminded just how much I enjoy the style and overall gameplay of this series. After completing the game, I decided to give the multiplayer a try. For me it was like finding a hole in the wall restaurant that ends up really impressing you. BioShock 2‘s multiplayer is very refreshing. The mechanics that make the single player so memorable transferred brilliantly into the multiplayer experience and I love throwing my plasmid powers at the other players. I don’t think that I would have been able to absorb myself into multiplayer had I tried it during my initial playthrough. My extended break helped me appreciate Rapture the second time. I was glad I waited to finish this game.

You really should be nicer to the nieghborhood children.

I’m always eager to find games that feel new to me. I love to go out and purchase used games at a steep discount. Cheap games can be very detrimental to my library. Sometimes, I will pick through my entire collection and find that I don’t have single game I want to play and just end up frustrated that my collection sucks. This then leads me to GameStop and its wall of used games. I try to find games I originally want to play but missed out on or I’ll buy the game that was critically acclaimed and became a cult favorite.

One particular day, I found myself staring at the “used” wall looking for a classic button masher. I purchased a game with incredibly mixed reviews, Star Wars: The Force Unleashed. I remembered the demo being fun and soon it found its way into my Xbox. I ripped through this game in roughly a day. Luckily the game fell well within my initial 10 hour playthrough standards. TFU is roughly 6 to 7 hours of gameplay, which left me pretty annoyed because I spent good money on a mediocre game that I really had no desire to play again. I was pleasantly surprised when I went back to the store and found that anything used could be returned for a full refund within seven days of purchase. At that point, I wanted a game with a ton of content that would last me a long time. I then picked up Red Dead Redemption and the rest for me was history.

Side Note: I eventually put RDR down for a period of time after spending many hours with the game right away.

The solstice is behind us 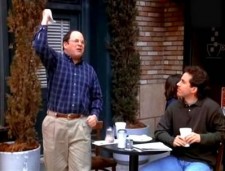 So how is my mission going so far? This summer I have finished Bioshock 2 and Borderlands. I can honestly say that I was very pleased with both of those games. Hell, I realized that Borderlands was a great game, and upgraded my copy to the game of the year addition with all of the DLC. I upgraded because I wanted more Clap Trap, and who doesn’t like Clap Trap? There is a major motivation for the summer of JP but time already seems against me. I know that the battle for my attention this fall will be a fierce one. I am positive that Final Fantasy XIII will sit in game purgatory once games like Gears of War 3 and Skyrim become available. Can you blame me? I would much rather play a game that has guns with chainsaws or dragons than a game where all of the characters are whiners (I’m looking at you, Hope).

I’m trying to figure out the best tactic for conquering my backlog. If I take on my library alphabetically, Crysis 2 will be the next game to get my completion attention. I could tell you how much I enjoyed Crysis 2, but I can’t explain why I put it down. It just happened. However, my big fish for this summer is Oblivion. I have never finished that game. I feel that even though Skyrim takes place hundreds of years after Oblivion, I have an obligation to see Oblivion‘s story through to the end. I am hopeful that I will have extra time this summer to pick up some other games that I missed that are on the bargain shelf now, like Darksiders.

I know I will have to reserve my summers going forward for catching up with games I missed or neglected. I can tell you that finishing the two older games has been very liberating as I don’t have to look upon those titles with shame. It is incredibly satisfying to finish a game after a long break. Hopefully, I will have a pile of completed games by the end of the summer. I think it will allow me to go into the fall with a fresh perspective.

Getting burned out or bored by your own game library just happens. Everyone has his own reasons why he missed out on a game he intended to play. I challenge you to take this summer to catch up on some older games and ignore the new releases while you can. I think you will be very surprised at what you find in that big digital universe out there. Go, explore, enjoy the sights, and save as many worlds as you can.