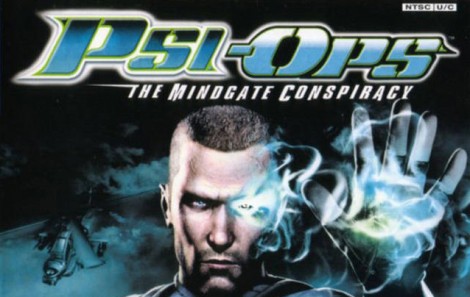 My right eye is not as psychic as my left

When asked about their favorite games involving superhuman protagonists (that aren’t licensed DC or Marvel characters), most people would probably reference Infamous or Prototype, two games that gave players immense powers and whole cities to wreak havoc in. While I enjoyed both games, my fondest memories of that genre actually came a whole generation ago, when I first stepped into the shoes of psychic powerhouse Nick Scryer in the game Psi-Ops: The Mindgate Conspiracy. The craziest thing about the game (besides the fact that I thought it offered game play way ahead of its time) was that it never got a sequel – a missed opportunity in my opinion. Relatively few gamers will recall the events of the original, which is a shame since more should be exposed to the under-appreciated game. Nonetheless, I believe it’s the perfect candidate for another entry of Remake It So.

In the game, Nick and his super enhanced mind ravaged a group of terrorists called “The Movement” in a variety of Professor X-approved ways. While you did have access to guns, the game was mostly about utilizing your brain, but not in a wimpy “let’s mediate out problems and embrace” kind of way.  Nick wasn’t content with just having one psychic power, either, he had to keep with his Pokemon-trainer mentality and get them all, meaning the guy had access to telepathy, telekinesis, pyrokinesis, remote viewing, mind control and the ability to drain energy from the unfortunate souls who thought a “meeting of the minds” was an appropriate course of action when confronting a dude whose eyes glowed blue.

Let’s open the world for some psychic fun

The game had solid progression, tons of action and just enough puzzle elements to keep things fresh, so we’re not working with a broken mess here. If I have any criticism, it’s that the games linearity would probably be looked down upon nowadays and Nick was too much of a beast to be restricted to a single path to his end goal. The reason that Infamous and Prototype worked is because your power could be experienced in a large, open world that reflected your actions and adapted to meet your continued growth. To successfully remake Psi-Ops, Nick needs the same type of setting. While hurling crates at enemies is fun, dropping tanker trucks on whole military units is even better. However, Psi-Ops would need many more indoor areas as compared to Infamous and Prototype because one aspect of being a Psi-Ops agent is being somewhat covert and inflitrating enemy bases to gather intel. If all Nick did was fight off tanks and soldiers, the “covert” part of his “covert operative” title would disappear and could spell disaster in seperating the concept from other similar titles. 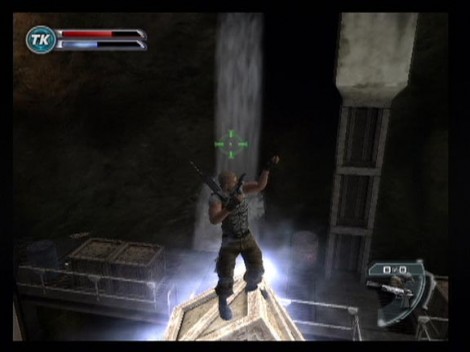 Who needs power lines when you can float around on boxes

I liked the morality system of Infamous, but instead of merely earning points towards good or evil, I think the player should work as a mercenary of sorts, entertaining offers from a variety of groups at different points along the morality spectrum. Black-and-white is over done and Psi-Ops needs something unique to drive its story or else meet the fate of other sandbox style games with nothing new to offer besides a different take on the classic “superhero”. I’d like for the player to have powers beyond his psychic abilities; his actions should shape the world he exists in, similar to Fallout: New Vegas and it’s multiple factions. It’d be neat to see real-time effects of certain groups gaining or losing power as factions’ neighborhoods wax and wane or certain enemy units becoming more prominent or powerful. Nick’s different powers give him some interesting ways to accomplish this hierarchical manipulation in both direct and indirect ways, so players would have a ton of flexibility on missions. As I mentioned above, this game is not only about battle, so the choices made could dictate how often conflict occurs. Not that I would play this way, but I love the idea of beating a game without direct battle, and as I’ll go into next, Nick’s powers should give him limitless possibilities in how he approaches certain scenarios.

Don’t tell me how to do Psi-Ops, woman

Having all those powers was fun, but Psi-Ops didn’t offer too much in the way of multiple approaches to mission objectives. You were introduced to powers and, for the most part, had to utilize them in predetermined ways. I imagine the game’s rebirth allowing players to guide the progression of Nick’s powers to ultimately create the kind of psychic they want to be. Those into keeping a low profile could invest “points” into the fields of remote viewing and mind control while fans of the more direct path to victory could level up their pyrokinesis and barbecue some baddies. Whether limited or as in-depth as some RPGs, players want control over their heroes and having to play the same way every time just doesn’t cut it any longer. Along these lines, I want guns to become a bit more of an option than they were in the original, especially since certain character builds may need them to make up for deficiencies in offensive might. 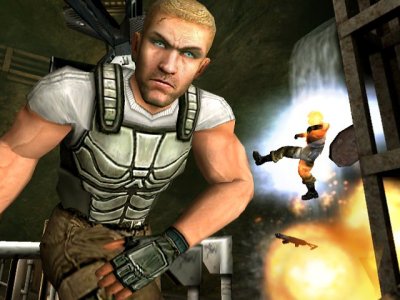 See that guy on fire that's also floating? All me bro!

Having a large assortment of powers of varying degrees is a wasted effort unless mission design is oriented around them. Because of the different builds that would be possible with a character, missions have to be constructed with a ton of flexibility. “Fetch” and “Elimination” missions are always going to turn up in open world games, but they shouldn’t be over-emphasized. If we’re dealing with different factions, their requests should make sense and not include generic requests across the board. The bad guys should request the kind of favors that make your skin crawl, such as setting fire to a hospital or mind controlling a local politician to go on a rampage, while the good guys ask for help protecting the homeless or manipulating a city board member to allocate funds towards urban renewal. This helps make the game play a bit more organic in flow and prevents that “open world…to an extent” feeling most games exhibit.

An enviroment worth destroying

My last request is a big one, but given the heavy emphasis on superpowers, destruction must be approached in a semi-realistic way, so should you choose to be a world ending jerk, the location you’re in better reflect that. If there was a way to squeeze the destructibility of a Red Faction: Guerilla into a world like Infamous or Prototype, I can see fun being had not just in playing the game, but in going on rampages when the monotony of questing becomes too much (though I hope to vary missions or quests enough to keep things enjoyable). I think that destruction would work as a way of demonstrating the continuing increases in power your character achieves throughout the game. Lower-level telekinesis might only be able to toss trash can lids at baddies, but the top tier would cause towers to topple over and real chaos to ensue. 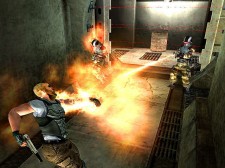 As related to Peter Parker, with real power comes real responsibility, so the player would have to be careful in how he acts in certain areas of town or risk accidentally killing his next contact or losing a relationship with a favored faction. I think it’d be great to even feature a game ending that happened if the player destroys everything (the kind of achievement that I would have a great time trying to accomplish). For those that need atonement for sin, maybe the game could also keep a running tally of the damage you caused and allow repayment as a means of regaining your reputation.

Psi-Ops 2.0 needs scale, it needs flexibility and most of all it needs apocalyptic levels of destruction in order to enter this generation of games with the boom it should have had seven years ago. Infamous is the current king of sandbox superhuman mayhem, but Psi-Ops has the tools to give that electrified parkour enthusiast a run for his money.

4 Comments → Remake It So: Psi-Ops: The Mindgate Conspiracy