Meanwhile… we’ve actually been playing games. Each week we recap our recent gaming experiences and tell you what we’re looking forward to, so you can use your time more wisely than we have. It’s much harder to actually play games around E3, but we eventually found away. Downloadable holdovers, games with apologies, dlc that can finally be appreciated, and reborn cult classics are the medicine for our recovery. 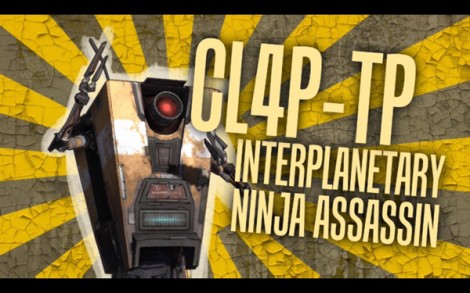 Look at me, I'm STILL dancin.

I actually got to do a bit of gaming this month, which is always a pleasant surprise for me. I played a bit of Assassin’s Creed: Brotherhood multiplayer for a while after being remind just how much damn fun it is at our Horrible Game Night. I played it pretty heavily for while after it came out but then got distracted by something else shiny and hadn’t played in months, which a few rounds of Game Night made painfully clear. On one of the rare evenings that my roommate was plied away from Black Ops (or Blops, as we call it), we decided, on whim, to pick up Borderlands and play through the last DLC that we never got around to. I have to say, maybe it was just because we were coming back the game after a long time, but we definitely had more fun with it than I was expecting after all the mediocre reviews. I can’t think of too many other games that are still that fun to pick back up after so long, though I think playing with a friend helps that significantly.

Additionally, through my Sony SORRYSORRYSORRY package, I picked up inFamous, which I’ve just started to playthrough. It’s pretty fun so far, though the actual combat bugs me a little, I can see it turning out to be a good experience overall and definitely a great start for what looks like an entertaining sequel, which I am looking forward to picking up when the time comes. Other than my usual train gaming time with the likes of Game Dev Story (Rotinaj Studios is a giant in the industry), Fruit Ninjaand the recently ported to Android Plants vs Zombies, that’s about the extent of my gaming month. As far as the upcoming month looks, I’ll definitely be playing through InFamous more and all this talk about new Nintendo hardware and the 3DS commercials have been making me want to play Ocarina of Time again, which I suppose more than likely means turning on my TOTALLY NOT SOFTMODDED Wii for the first time in months and getting it back up to speed. My kind of project. 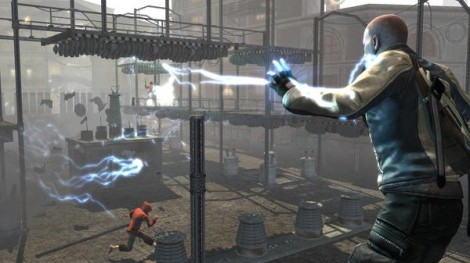 Cole and his toys

After getting heavy into gaming over the past month, I took a break last week. I only played around 5 hours instead of the 15 or more that I had been doing. Crysis 2 and Assassin’s Creed: Brotherhood are still the two games heavy in the rotation. Although I think I need to take a break from the Assassin’s Creed franchise for a bit. While I love the setting and look of Rome, every time I start a game I find myself just wanting to play Crysis 2 instead. So I switch and play a couple hours of multiplayer because I’m having a great time in that mode. I don’t think I’ve advanced any further in the single player game since I first mentioned I started the game.

On the PS3 front, I downloaded inFamous because it was free as part of the Welcome Back program. That game is fantastic. I’m having a ton of fun playing as my namesake and electri-frying the crap out of bad dudes. I’ve just connected the first two parts of the city and I dont’ really know how much is left in the actual storyline. But right now I’m enjoying the hell out of trying to find all the collectibles and cleaning each part of the city up.

This week is going to be tough on me because I’ll be heading to California for a wedding. However, I will be staying with the Ethan’s brother, The Prophecy, so I’m sure there will be some gaming related activity happening at one time or the other. 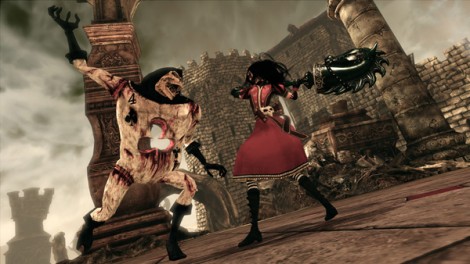 I’m kind of proud of myself for sticking with Ezio. Assassin’s Creed Brotherhood continues to hold my attention especially now that I’m completely distracted by building up the actual brotherhood in the game. Training your crew of assassin’s and having them kill guards out of nowhere is way more entertaining to me than it should be. I get to vent all of my past annoyances with these guards from previous games by toying with them. Of course, this really isn’t helping me progress through the game so I’ve got about half of the actual story to go. But we’ll get there.

That is, unless Alice: Madness Returns completely distracts me. I haven’t decided if I’m going to take an AC break or not, but I have played the intro of Alice and can report that she is indeed insane. I love it. Although, I don’t have high hopes for groundbreaking or even fun gameplay. I’m in this one for the characters, the setting, and just the twisted take on my favorite version of Wonderland. That being, American McGee’s version. I’m also thrilled that the little I’ve played of the original American McGee’s Alice (available for free for new purchases of Madness Returns) actually held up better than I thought, at least for me. Alice isn’t for everyone, but its fans look to be in good hands. 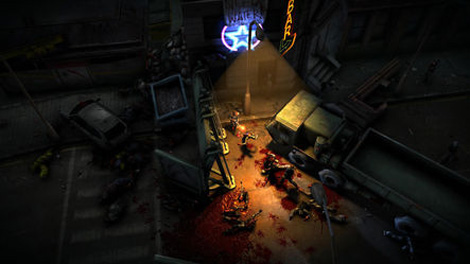 Are you dead yet?

I’ve been chipping away at inFamous and am very pleased with it. I find myself becoming a bit of a completionist with this game because of my idealistic sense of justice. The streets need cleaning and I am the janitor. I am obviously playing as the good guy (my morals weave their way into video games quite a bit) but I can imagine how much easier the game would be if one isn’t too worried about killing pedestrians. I have a feeling that my enthusiams for the game will wane if I don’t take a break soon, so it might get shelved for a bit while I focus attention at some of the other neglected titles in my library. Still, being super powered is always a good thing so inFamous may truly only take a break as opposed to a “break”.

I’d like to play some co-op Dead Nation, so anyone wtih that game should look me up. The solo is ok, but a bit dry without a buddy because when it comes to zombies, the buddy system is very important. 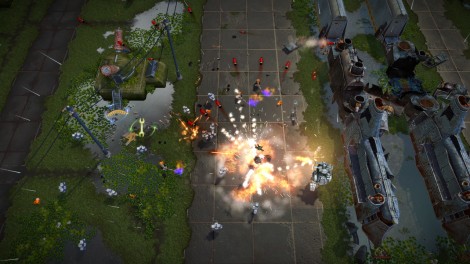 There are other gears in the gaming world.

I don’t know if it’s post E3 fatigue or what, but my gaming has been pretty limited in the last week aside from playing through Gatling Gears from start to finish. Don’t ask me what it’s about because the entire storyline is: Empire Mech Pilot -> desertion -> retirement -> Empire invasion -> Former Empire Mech Pilot Goes Back to Save the Day. Anyway, it’s a top-down dual-stick shooter where you’re driving a steampunk mech, made by Vanguard Games and published by EA with a great art style. The most complicated thing in the game is deciding which of your 3 weapons you want to upgrade first. Call it a digestif to help me get over LA Noire and E3 that worked well. I don’t know what’s next on the plate, but when you’re choosing between Child of Eden and Alice: Madness Returns, you know it’s going to be an interesting month.