Meanwhile… we’ve actually been playing games. Each week we recap our recent gaming experiences and tell you what we’re looking forward to, so you can use your time more wisely than we have. I am surrounded by cowboys (and one lost spaceman) this week, I dunno what Rockstar puts in their Kool-Aid, but it is doing strange stuff to the locals. 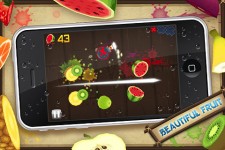 JDevL
How’s this for a trio? I’ve been doing my best to balance Alan Wake, Super Mario Galaxy (1), and Monster Hunter Tri. To add to the diversity I will be picking up Blur this week, but judging from everyone else’s list I’m going to be playing  online unless I can power-up my way into the wild west. I also have my eye on ModNation Racers, but I think I will wait until the loading issues are patched and the summer gaming drought hits us. While on the road I’ll be throwing my DSi all over the place because of Picross 3D, and when it finally breaks I’ll be trying out Fruit Ninja and Ninjatown: Trees of Doom on my iPhone. May has been crazy, but we’ll have time to catch up on all of the releases soon enough.

Colefacekilla
I’ve been playing a little game y’all might have heard of. Red Dead Re…volver? No of course not. The only disc that’s been in my PS3 all week has been Rockstar’s newest blockbuster Red Dead Redemption. I’ve only played multiplayer once, and had a blast doing so. I can’t wait until I posse up with a bunch of friends and get into a shootout rivaling that of the one at the OK Corral.

Blue Awesome
Like a lot of other people, I’ve been playing Red Dead Redemption this week. I’m about 50% through the game, and I’m completely engrossed in the world. The missions are just now starting to get a little repetitive, but with the addition of new weapons and areas to explore, I think it will hold my interest for a long time still. I’ve only fired up the multiplayer once, and I can tell that it will be a lot of fun once I get a posse together. 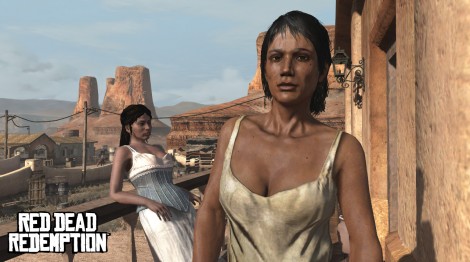 Pixelmixer
I’ll be playing Bad Company 2, I may decide to finally play the single player if I can get all of the weapons and attachments unlocked. I don’t plan to buy the DLC when it’s released, but Onslaught sounds like a cool multiplayer mode, so we’ll see. Modern Warfare 2 will also probably show up this week. I don’t plan to buy the DLC map pack for MW2 just yet, I’d like to see some gameplay footage first. Red Dead Redemption is another that I’d like to play a bit. I don’t own it, so getting the opportunity to play it is a bit sporadic. With the release of Fable III spreading, I’ve been going back to play the original a little, so the original Fable is on my spotlight. Fable 2 is also a possibility. NBA Jam like last week is another that I’ll be playing in preparation for the up coming Wii version.

EndlessBen
I think you know my answer haha. I had a little emergency moment last night. My roommate bought the game (Mass Effect 2) at a used game store and it only came with one disc, though there were clearly 2 in the case originally. I said “In the first one, the second disc was just extras, don’t worry about it” and proceeded to play. Well needless to say, I spent this weekend doing every single thing I could do without the “Insert Disc 2” dialogue popping up, until I finally walked over to GameStop and bought a full copy of the game. You live and learn, I suppose. 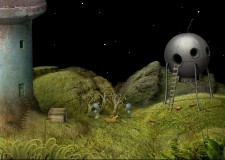 Robeque
Well I finally finished up Darksiders last night and played just a little bit of Red Dead Redemption scattered throughout the week… maybe an hour and a half total in that so far. I wanted to finish Darksiders before I got too distracted with Red Dead. Mission accomplished. Aaaand that’s about it… it was a slow week in gaming for me. Oh I did also play a little bit of Samorost 2 as well. It was added to the lineup of the Humble Indie Bundle and is so far a pretty fun and stylish little point and click puzzle adventure in which I’m currently stuck. Wish me luck.

jmgist
Red Dead Redemption hasn’t left my disc tray since last Wed. night, nor do I see it leaving anytime soon. As a big fan of the Western genre, particularly Sergio Leone’s films, RDR is the game I’ve been waiting my whole life to play, and it certainly hasn’t disappointed thus far. It’s not just the most fully-realized Western game I’ve ever played, but one of the most fully-realized, period, in terms of its utterly enthralling game world. RDR also marks the first time I’ve ever been called a “goatfucker” by an NPC. I tip my cap to Rockstar yet again.

What about you? What games have your attention this week?