What with it being E3 week and all, the population density of PR folk has reached a level normally reserved for presidential impeachments or Ohio State Football coaches. Although they’re different breeds, all PR folks have been known to carry plagues of bad information. That’s irritating to any gamer who follows the news and it’s even moreso for a gaming journalist whose goal is to bring actual news (which consists of facts…Fox) to the gamers out there. Since all of us here at Horrible Night happen to be both gamers and gaming journalists, it’s pretty easy to figure out that some days we have a hard time not pulling our hair out for want of facts. Or we would, but not all of us have Alex’s (streetalchemist’s) Viking mane and like what hair we have left where it is, thank you very much. So, in the interest of public health, er, a small subset of the public’s mental health, let’s look at two examples of how not to interact with your consumers. 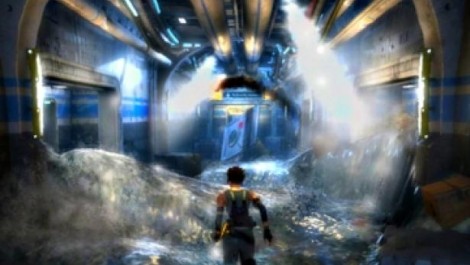 Maybe try modeling fire next time. No one's good at everything.

In the interest of self-preservation, I have played Hydrophobia and formed my own (negative) opinion of the game. Confused as to why I’d need to come right out and say that? You won’t be – read on. If you want to see what a total meltdown in response to criticism looks like, check this out. Then compare it to Dark Energy Digital. It’s just a matter of degrees, really.

Hydrophobia looked neat from the outset, so I picked it up and played it… and apparently reached the same conclusion that a lot of other gamers and reviewers did – it’s just not that good. There were glitches, a sub-par story line and the water animation that Dark Energy Digital trumpeted as groundbreaking actually looked more like an oil-slicked pool of black jello.

When a game has problems and you’re reviewing it, you spell them out. Depending on the journalist’s writing style, that may come across like your mom offering gentle criticism or R. Lee Ermey deconstructing your every failure or somewhere inbetween. The developer knows that it needs to filter out the fanboys and the trolls, look at the reviews that maintain objectivity and learn what it did right, where it needs to improve and gets ready for their next project. Or, it’s Dark Energy Digital and it:

Now, I’m all for being proud of something you’ve made and appreciate a dedication to excellence, but like former GM chairman Bob Lutz said in comparing Apple’s success to GM’s failings, “The focus is never on, ‘Hey, maybe the product isn’t good enough.'” Dark Energy Digital sure isn’t GM, but it’s exhibiting the same kind of disconnect that Detroit showed for years between its managers and consumers and it crossed the line into telling its customers and the press, “When we want your opinion, we’ll tell you what it is.” That’s fine, Dark Energy Digital. You do that. If you ever produce another game, good luck getting your potential customers to remember anything but your reaction to criticism and apparent separation from reality. If you need some help, start here – it’s a good place to start on your way to the pharmacy for your Haldol. 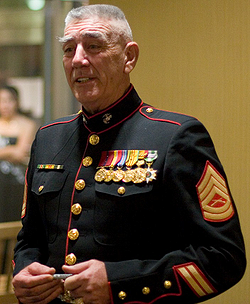 Gunnery Sargent Ermey should take over all press release statements.

We’ve heard enough about this PSN outage mess that it doesn’t need to be rehashed in great detail, but if you want a more detailed timeline, see here and here. I was at a baseball game last night talking with a buddy who describes himself as a Sony fanboy. We were talking about how Sony’s handled the outage and I admitted that the way Sony had handled it had soured my opinion of it a little. My friend responded, “I mean…look, if someone stole my Toyota tonight I’m not going to blame Toyota because someone picked the lock.” I thought about that for a minute and then said, “That’s fair. But what about if a group of thieves stole every Toyota in Indianapolis tonight, Toyota knew about it and didn’t tell you until you found your car was gone?” My friend looked dumbfounded for a second and said, “Wow. I’ve been using that example for weeks and that’s the first time anyone’s shot it down like that.”

Sony messed up in 3 key ways (excluding the whole “not doing a very good job of securing its networks” thing):

Sony was aware that its network was compromised on April 20 (dates are Japan). It took down PSN on April 21 with the explanation that it was aware that the network was down, Sony was on the case and would let everyone know what was going on ASAP (although Sony knew what was going on). It finally let everyone know that the outage was due to an external intrusion on April 23 and mentioned on April 27 (a day after Sony knew) that, “Oh, by the way, your personal information, passwords and maybe your credit card information may have been compromised but, gee, we’re just not sure.” Finally, on May 14, Sony apologized for the inconvenience. How could it have done things better?

First: when someone acts a little squirrelly and then you later find out they were hiding something from you, everything they say from then on out is going to trigger that recollection of their initial dishonesty, even if everything they tell you later is true. In not being forthright from the beginning, Sony colored everyone’s perception of every statement that came from it thereafter. Lesson: Lying is bad. Don’t lie. Liars go to hell. 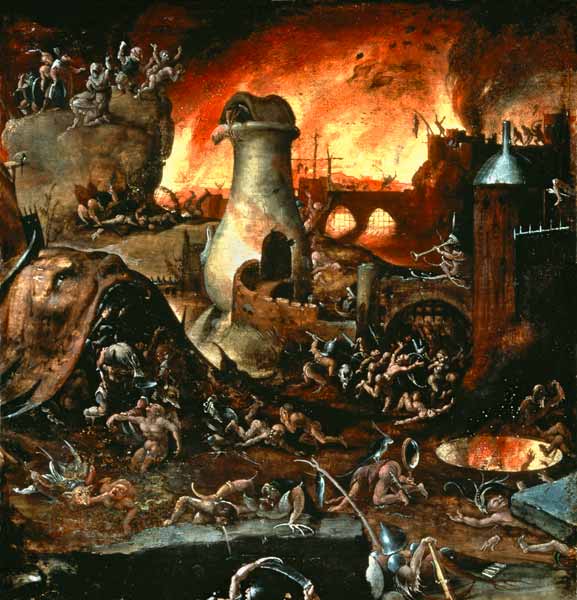 This is where liars, people who drive slow in the fast lane and irresponsible pet owners like Tracy go.

Second: When your customers have entrusted you with their personal information, including financial information, you have to measure up to that trust. We’re all aware that sometimes the big, bad wolf is going to blow your house down, but we expect you to let us know when that may be happening so that we can call our banks and let them know. Even though we won’t be held responsible in the long run, the longer it takes us to let our banks know, the more fraudulent charges get run up, which costs banks money, which lowers their bottom lines, which reduces their value, which…well, you get the idea. If there’s money even potentially involved, it’s no time to be cute. That line, “It’s not the money, it’s the principal?” Horse shit. It’s always about the money.

Third: Say it with me, “We screwed up.” An apology is fine, but if you don’t admit you’re wrong, it rings hollow. Even when you’re not wrong, say you are – it makes people feel better. There’s even some research out there that indicates that when doctors apologize, it limits the likelihood that they’re sued for malpractice. Let’s stick with Toyota for an example. Last year, we had a mess of these “runaway cars.” Toyota didn’t tiptoe through the process without any mis-steps, but one thing it did do was say, “We don’t know how, but we screwed up – we’ll figure it out.” Fast forward a year: the NTSB has determined that Toyota was right to deny that its products were faulty – its consumers were just bad drivers. (Seriously, dudes. A car’s brakes are more powerful than its engine. “Runaway acceleration,” my ass.) Nonetheless, Toyota offered a mea culpa and everyone felt better. Sony hasn’t…and that rankles. It’s easier to ask for forgiveness than permission and it’s better to confess to something you may have done, up front, than get caught later after denying it.

Do NOT repeat after me

We’ve had a day and a half of E3 and Konami’s press department has already driven our normally placid Cole over the edge. We’ve gotten worked up over the rumor-feeding frenzy that shows up over the littlest details and now our Twitter feeds are exploding with live-tweeted exhibitions. We’re gamers (your consumers) and we’re journalists (we give gamers the straight dope). We depend on facts and your PR people feed us a lot of those and we’re grateful. But when they screw up, hooo-boy, do they ever. Take the two examples above to heart and remember: humility is a virtue and honesty is always the best policy.

4 Comments → It Doesn’t Matter: How (not) to do Video Game Public Relations